An interview with Hail The Sun

With their stunning new studio album out today, we had a wonderful opportunity to catch up with frontman, Donovan Melero to chat about New Age Filth and get a unique look at his music collection.

New Age Filth is out, congratulations. Can you believe this is your fifth studio album? What’s the mood like right now? Nervous or pretty excited to have it out there?

So excited. So, so excited. We cannot wait for everyone to get to experience this record. I can definitely believe it because we have not stopped loving working with each other! Lots of anticipation in the air right now.

The way in which you approached this album was different in that you all lived in an apartment attached to producer Kris Crummett studio. How do you think that influenced the process and, ultimately, the outcome?

It just made it more convenient to walk into the studio and hear in real time where we were all at with the record. We were able to go in immediately if we needed something referenced. It was very convenient and we all get along so it worked. 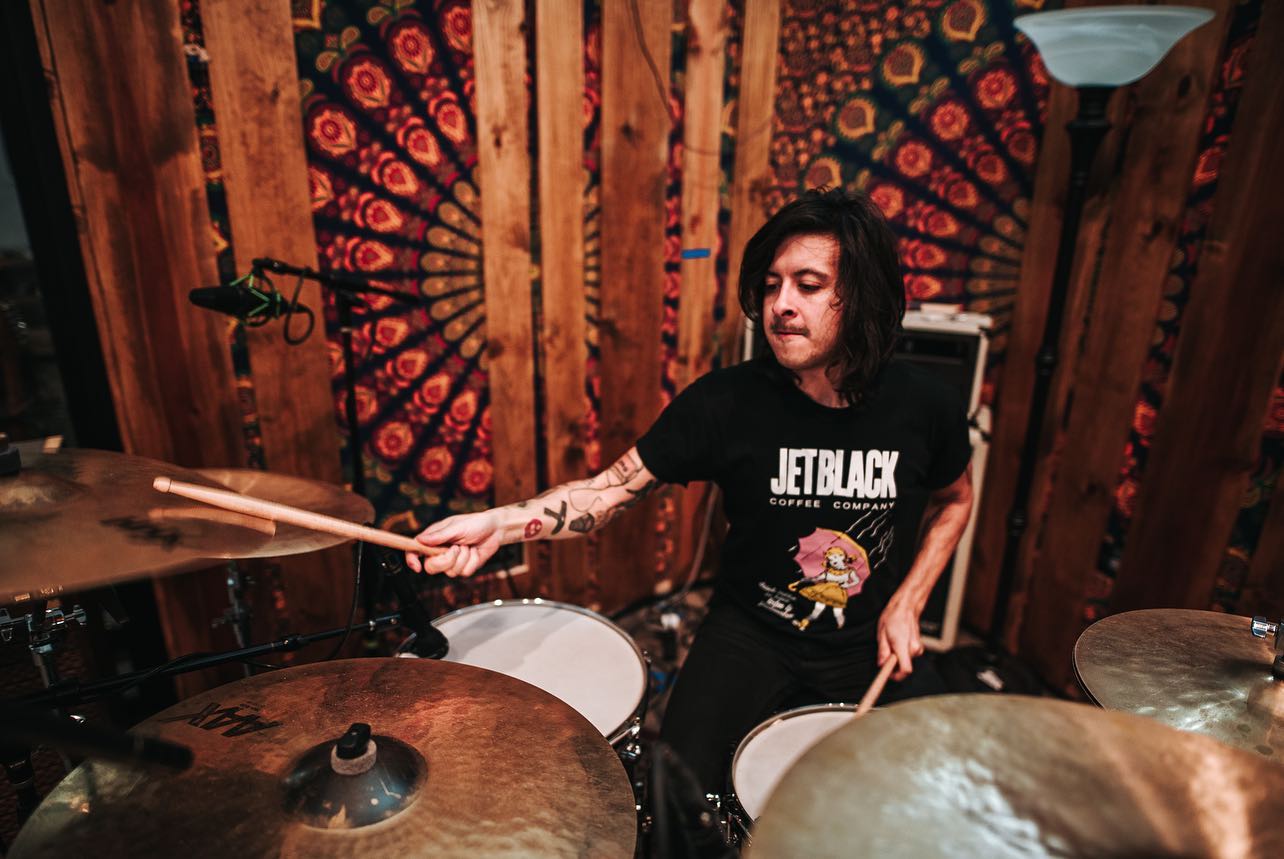 You touch a lot of how flawed humans are on this album. Why did you want to tap into what could be conceived as quite a cynical point of view?

That’s a great question. I felt most inspired by that at the time. It is cynical, I agree. But I like to think that it is also thought provoking.

Math rock can often feel inaccessible, but you have this tremendous knack for still having a really melodic edge. Is it something you have to constantly check to make sure it’s balanced or does it just flow naturally?

At this point in my writing, it comes more naturally after having worked at it for many years. My palette expands as we continue.

We’re really into the cover art for New Age Filth and couldn’t help but notice it’s similar to Wake. Did you circle back to Adam’s work intentionally?

Absolutely, and the intention was just because we love his style. Adam has also done Secret Wars, and our first album POW! RIGHT IN THE KISSER! among other things. His style feels like us and we are grateful to have him be a part of it. I’ve admired his work since I was a kid.

Finally, how will you be celebrating the release?

A listening party that I JUST threw together at a venue in downtown LA arts district called 1720. I cannot wait to bring the album into the world among family, friends and fans. I’m very happy, stoked.

An album that reminds you of winter?
Drake’s Take Care

Is there a record that has extreme sentimental value to you?
At The Drive In – Acrobatic Tenement

Something people wouldn’t expect you listening to
Danny Brown

Spotify because it’s more convenient for me!

Show Hail the Sun some love