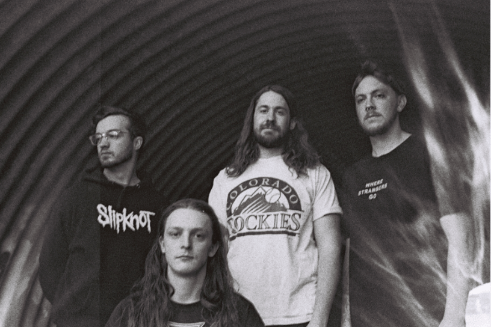 Alt Rock / Nothing Is For You / Scarecrows / Steve Lichtenwalter / Tigerwine

After releasing their newest full length album, Nothing Is For You, last week, Tigerwine premiered a mind-bending animated video for ‘Scarecrow’.

“The video has a lot to unpack” guitarist Steve Lichtenwalter shares. “Our buddy Keenan Goodwine both directed and animated it. We told him we wanted to focus on the concept of people doing themselves harm when they think they are doing themselves good. I think of the David Bazan lyric ‘you cut your leg off to save a buck or two, because you never consider the cost’ I think Keenan nailed it.

Tags: Alt Rock / Nothing Is For You / Scarecrows / Steve Lichtenwalter / Tigerwine