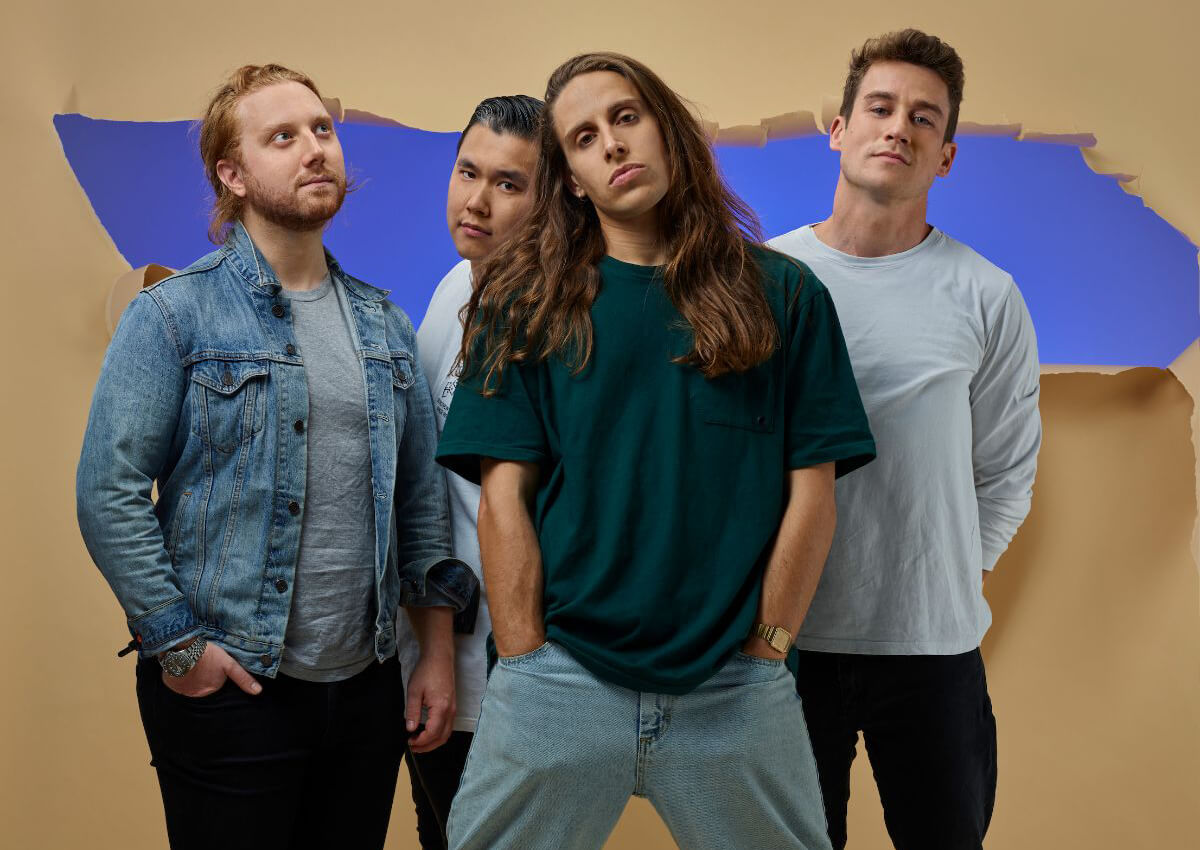 Following on from the delightful ‘Melbourne’, which they released as part of triple j’s “Quarantune”, Slowly Slowly are back with a new cut called ‘Comets & Zombies’.

Frontman Ben Stewart shares that the track was loosely inspired by the story of an acquaintance and his fiancé who passed away from drug addiction issues.

“Despite the self-destructive loop they found themselves in, I could see they maintained an unbreakable adoration for each other,” he says. “I think there is something tragically beautiful about the love between people who are burdened with a self destructive predisposition…I was really inspired not by the circumstance of their passing, but by their beautiful love for each other – it was palpable and timeless in an almost “Romeo + Juliet” like fashion. It’s yet another song for the pile of ‘love conquers all’.”

Stewart explains that the track title stems from the conversation taking place between the couple throughout the lyrics. “The chorus lines dictate a broken, vague conversation they are having amidst hallucinations as they sit at home (“you kind of look a comet burning out to impress all the stars you hate”), yet it’s interrupted by sweetly close gestures between them, though perhaps incoherent to the outside world (“hey wait, I need to stroke your face…the neighbours hear us as we talk like zombies”), demonstrating how the outside world has such a different perceptions of those moments.”

Listen to the touching ‘Comets & Zombies’ by Slowly Slowly below: