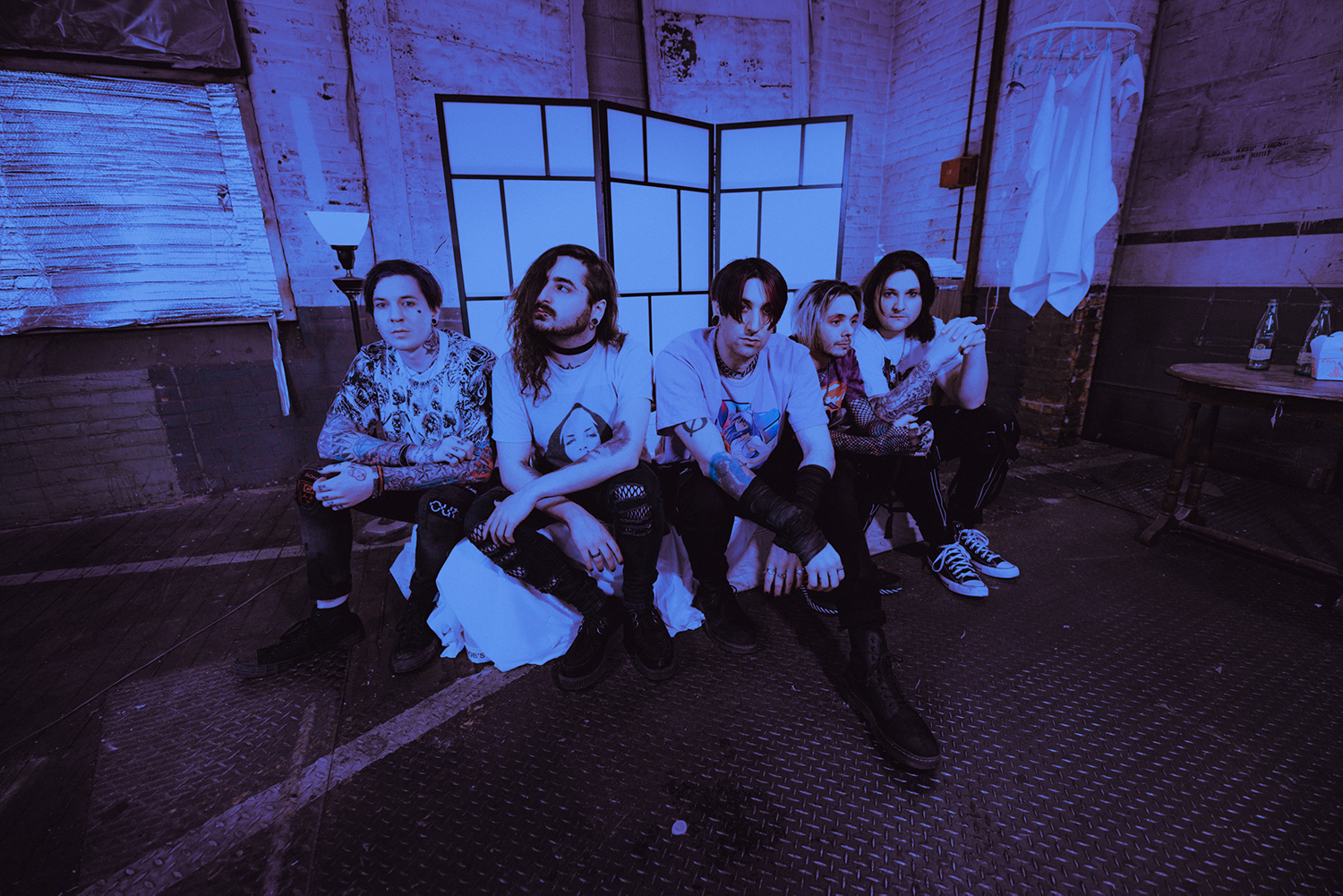 Saving Vice are back with their latest track, ‘Phantom Pain’. The single was inspired by the absence of live music and how not having that outlet became detrimental and gave way to a lot of doubts, fears, and hopelessness for the band.

“The song is about feeling pain, anxiety, sadness, or anger from past trauma. You may not be going through it anymore but you still feel it and deal with it even though you may seem fine to everyone else.”, says vocalist Tyler Small about the track.

On the topic of the pandemic, Small says “The only way to get through it all was to sort of lie to yourself even though it might not ever be better again. Sometimes burying your pain and faking a smile is the only coping mechanism you have.”

‘Phantom Pain’ is out today, congrats! What is it that you want listeners to take away from the track?

With our music, all our songs have a personal meaning but we paint them lyrically in a way where anyone can relate to the overarching context. The song as it’s titled is about feeling pain that isn’t actually there anymore, but it leaves a mark that never goes away and sometimes you’re reminded of it and it distracts you from everything good in the moment. For us the lyrics are about how it felt over the pandemic. Without live music and that outlet it was like the distraction gave way to all the past traumas and depression we had. “So the noise has turned to silence, and the pain can’t sing along”.

You teased the next single being the heaviest and catchiest yet, how much are you enjoying the versatility of the music you’re making?

I wouldn’t say it’s the heaviest in our discography, but the contrast between the breakdown and how radio friendly most of the song is definitely makes it hit way harder. We absolutely love being able to write whatever music we vibe with at the time and it always fits into our sound. People can always expect more of whatever they like most about us because we love it all. We want to be able to tour with really heavy bands and more radio bands and play to all sorts of audiences.

Is there an EP/album in the pipeline or are you happy with just releasing singles at the moment?

There is an outline of an EP/album idea. As of the moment singles make the most sense all around. But we have enough songs for two records if we’re so inclined. I’d say we’re trying to perform more than anything right now, we dropped a LOT of music over the past year or so. But expect to see us in the studio sooner than later.