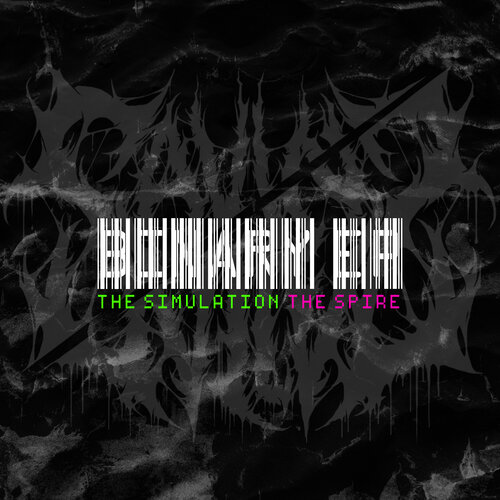 Following up their debut album, Hello There, Saving Vice have today put out their two track EP, BINARY, and it is a thing of beauty. It’s pedal to the metal heavy, which makes it feel as though they’ve waved goodbye to the singing parts found on Hello There, but there’s still melody woven throughout. There’s also a ton of texture that elevates both songs instead of making it feel like one big chug. The real hero here has to be one of two vocalists, Chase Papariello, on ‘The Simulation. His screams, raspy and delicious at times, low and throaty at others, also takes on a sort of rap flow scream for a verse that really plays with the pace and gets the blood pumping. It’ll be exciting to see if this new heavier sound sticks for new material going forward.

The first track, ‘The Simulation,’ is about mankind’s inability to see it’s own self destruction and how the technology we are dependent on with eventually be our undoing.

The second track, ‘The Spire,’ is about sinking into a madness and becoming another person in order to deal with past trauma and self loathing.

Listen to both tracks: