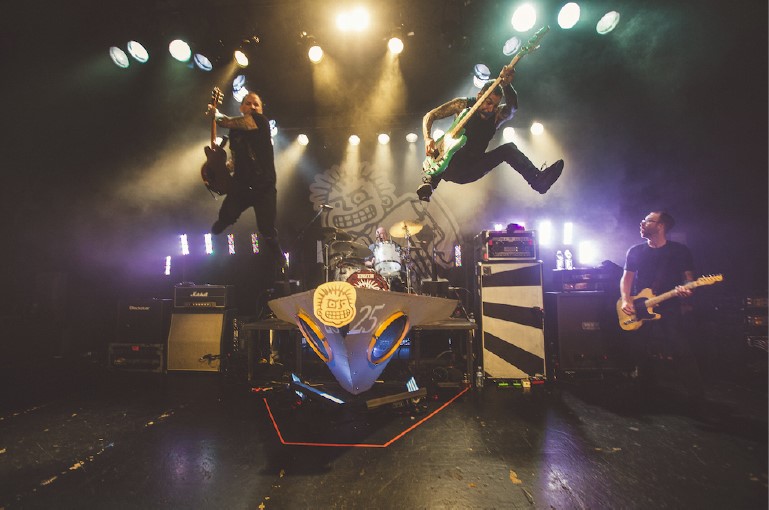 Fitting for the weather, MxPx are properly kicking off summer with their new sunshine single, ‘Say Yes’, The pop punks team up with Kalie Wolfe of Rivals as an ode to the nostalgia of fresh and free-spirited summer romance that will transport you to your teen years.

“‘Say Yes’ is about taking that chance and just asking that special someone what you’ve been wanting to ask. Saying what you’ve been dying to say. It’s a summer time feel good jam and I know you wanna say yes!” says vocalist Mike Herrera.

Kalie Wolfe adds, “I have a fond memory of my brother and I burning a CD for my family’s yearly boat trip to Laughlin, NV. On that CD contained an MxPx song. If you would’ve told 8-year-old me that I’d be featuring on an MxPx song I’d probably call you a liar.”