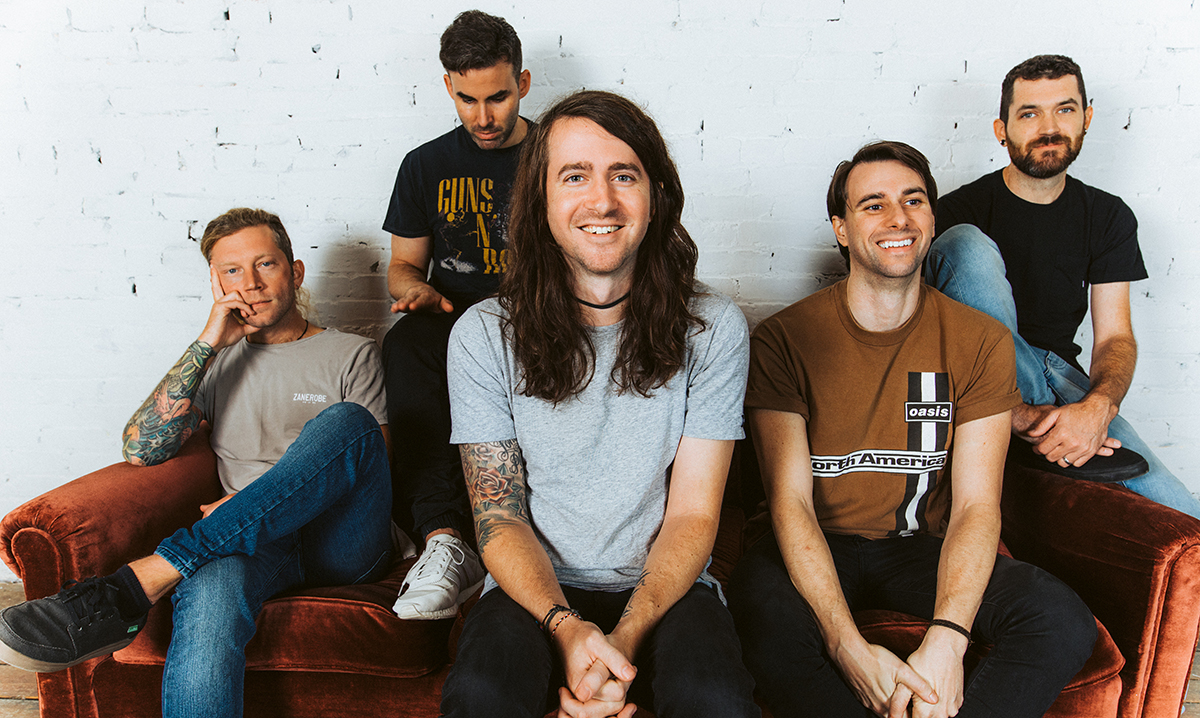 Mayday Parade perform ‘Anywhere But Here’ Live in its entirety

Having celebrated the ten year anniversary of Anywhere But Here last year, Mayday Parade decided to revisit their second album again this year for a very special livestream, and special it was.

Whether intentional or not, throwing on a pop punk playlist for viewers to listen to while waiting for the show to start was a really clever move. It helped to build anticipation for the show, just as it would in an actual live environment and when the screen finally changed, there was definitely a little squeal of excitement.

From the get go, the band worked towards creating an atmosphere and as crazy as it is, you could really feel it despite not actually being there with them. Drawing back the curtain on their pre-show warm up before they walked out on stage not only gave fans a rare glimpse of what that looked like, but also ramped up excitement for them to launch into the evening’s proceedings. When they did a few minutes later, all of that anticipation was so worth it.

Playing the album in its entirety meant kicking things off with ‘Kids In Love’ and from the opening note, vocalist Derek Sanders exuded energy. Set against beautiful staging and with top notch production, the band played through with such precision that it was easy to wonder whether it was actually live (it was, they’re just that good) and the same could be said for the rest of their set.

They nailed song after song all the way through to the final track, ‘So Far Away’, showing off years of touring experience and the pure talent they obviously have in spades. It’s easy to forget bands aren’t just there to entertain when you’re in the room with them and so focussed on having a good time yourself, so it added such warmth and a true sense of community watching the band play these tracks with such enjoyment and love for their craft.

Speaking afterwards about how revisiting this album after years had erased some of the negative feelings they had around recording Anywhere But Here, you realise just how important these performances were for Mayday Parade. To have been part of something so monumental made the livestream seem all the more noteworthy.

Did this stream make us miss live shows? Yes. Was it worth it? Absolutely. With a super solid performance, buckets of nostalgia and atmosphere that seemed to permeate the screen, Mayday Parade did what they do best, made our lives that little bit brighter.