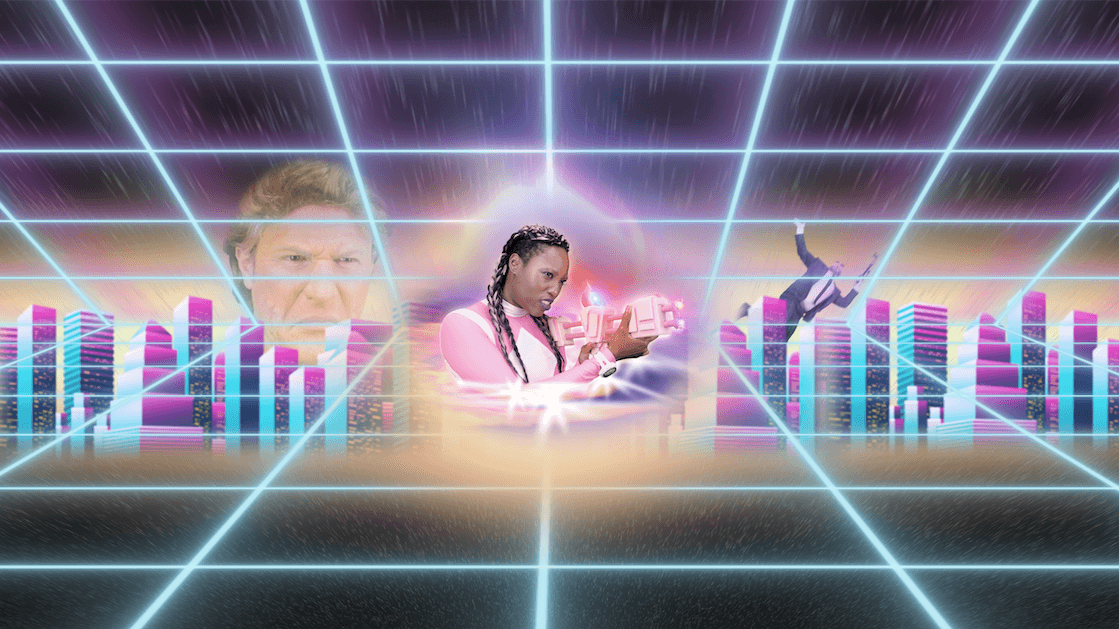 Listen to the new single from Lesibu Grand

On the new single, Lesibu Grand frontperson Tyler-Simone shares, “In the music video, which takes place within the fictional 90s era video game, I play a freedom fighter directed by my people to delete and reboot a corrupted society built on inherited wealth and privilege. That elite class uses their control of the media to portray me as a criminal and unleashes their cloned secret service police force to take me out. Protected by my Power Ranger suit, and wielding a supercharged hot glue gun, the establishment’s violent response fails to halt my advance. Confronting the now helpless ruler, a trump-esque shell of a man, my character chooses not to kill him, but instead uses her truth ray to reveal what he really is — artificial junk food designed for the sole purpose of turning a profit and making people sick in the process.”

Watch the creative video for ‘Hot Glue Gun’ by Lesibu Grand below: