For Fans Of: Neck Deep / Knuckle Puck / The Story So Far

When WRTHLESS put out their latest single a few weeks back, ‘Dislike’ swept us up in a clash of  shimmering pop punk energy and angsty riffs. By the way, if you haven’t watched the wholesome video, we highly suggest doing so now, but we digress. We caught up with the boys to chat about the track, early beginnings and wishlists.

We’ve been playing together for around 7 years I’m sure, maybe 8, in multiple bands but WRTHLESS are pretty new. We started out in 2018 and we haven’t looked back since. The name itself took a while to come up with, I remember there was a couple of ideas thrown into the hat but nothing really stood out. The name actually came from driving on tour and Worthless by Better Days was playing, Stuart and myself sort of just looked at each other and both had the same idea.

Music has been a huge part of my life personally, I’m not sure if i can recall my first memory although judging by the photos I’ve seen, it would probably be myself at like aged 2 rocking out to either AC/DC or Statusquo with my dad. I think from then on it was pretty much engrained in me.

“This genre of pop-punk meets indie catapults me right back to my teen years, happy times.”

I think we all have different answers to this individually, but for myself I’d love to go with the obvious choice and say open for The Story So Far, Knuckle Puck, or Neck Deep. Those guys are big boys in this league and are bands we all look up to so would be an absolute honour to share the stage with any one of them.

Live shows…remember them? We can’t wait to be back gigging again, and just enjoy a bit of normality. We’ve not really had too many wild things happen or to that extent, but one that does stick out was a few years ago. Our bass player dislocated his shoulder literally 5 minutes before we took to the stage. It was pure carnage, a “what do we do now” moment. We ended up shipping him off to hospital, and we jumped on stage bass player down, I think myself and Stuart took turns switching from bass and guitar each song. It was a complete riot but one of the funniest things to happen to us.

You recently released ‘Dislike’. What were some of the most fun and also most challenging aspects of recording the song/video?

Dislike was something new for us as it was the first time we’ve written and recorded with Connor in the band. So it was a very new fresh approach to everything, recording seemed almost too easy I feel, but the video was definitely a more challenging aspect. This was the first time personally that i had to perform not just without the guitar, but without a mic stand also, so I think I speak for everyone when we all felt very put on the spot. But I think everyone feels the same when I say it couldn’t have gone any better for us. It was filmed by Marc Sharp who we couldn’t recommend more, he brought so much to the table, and helped us massively when it came to filming the video for Dislike.

100% no pineapple, will gladly take anything on a pizza before pineapple, its something I feel very passionate about.

Rising to the challenge, WRTHLESS have put together an electrifying collection of songs that best encapsulates the artists and music that inspire them as a band. 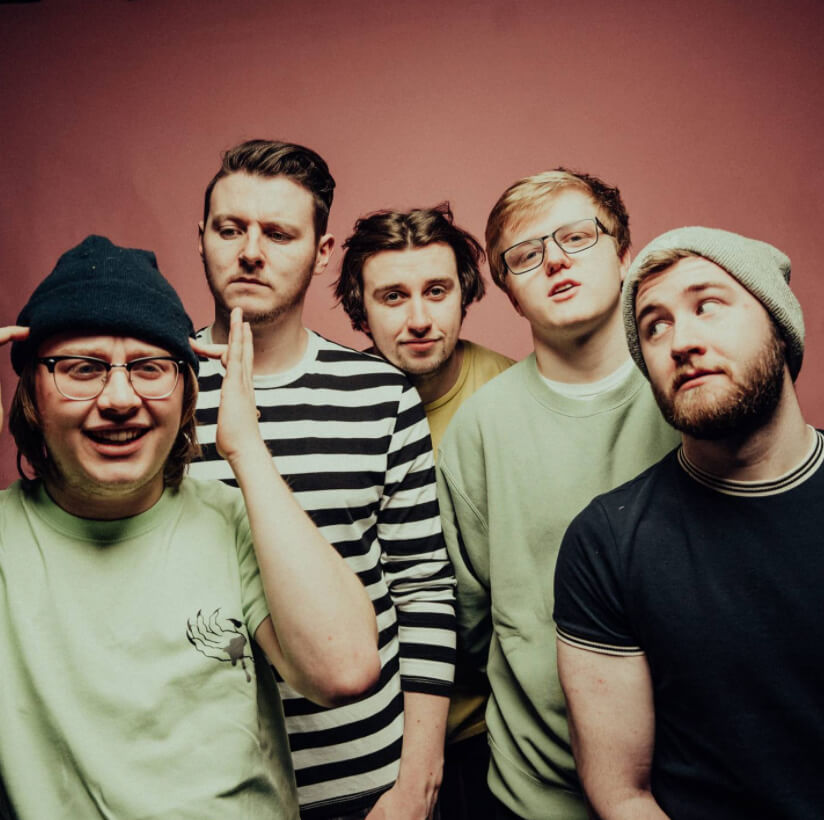