Introducing:
Worth The Wait

For Worth The Wait’s Dakota Rose, there was a time where he almost called it quits on music. Lucky for us, he couldn’t turn his back on music and it wasn’t long after that he found a band member in Joseph Kovacs and the duo have been at it since 2009. We now chat to Dakota about those early days, new music and touring wish lists. 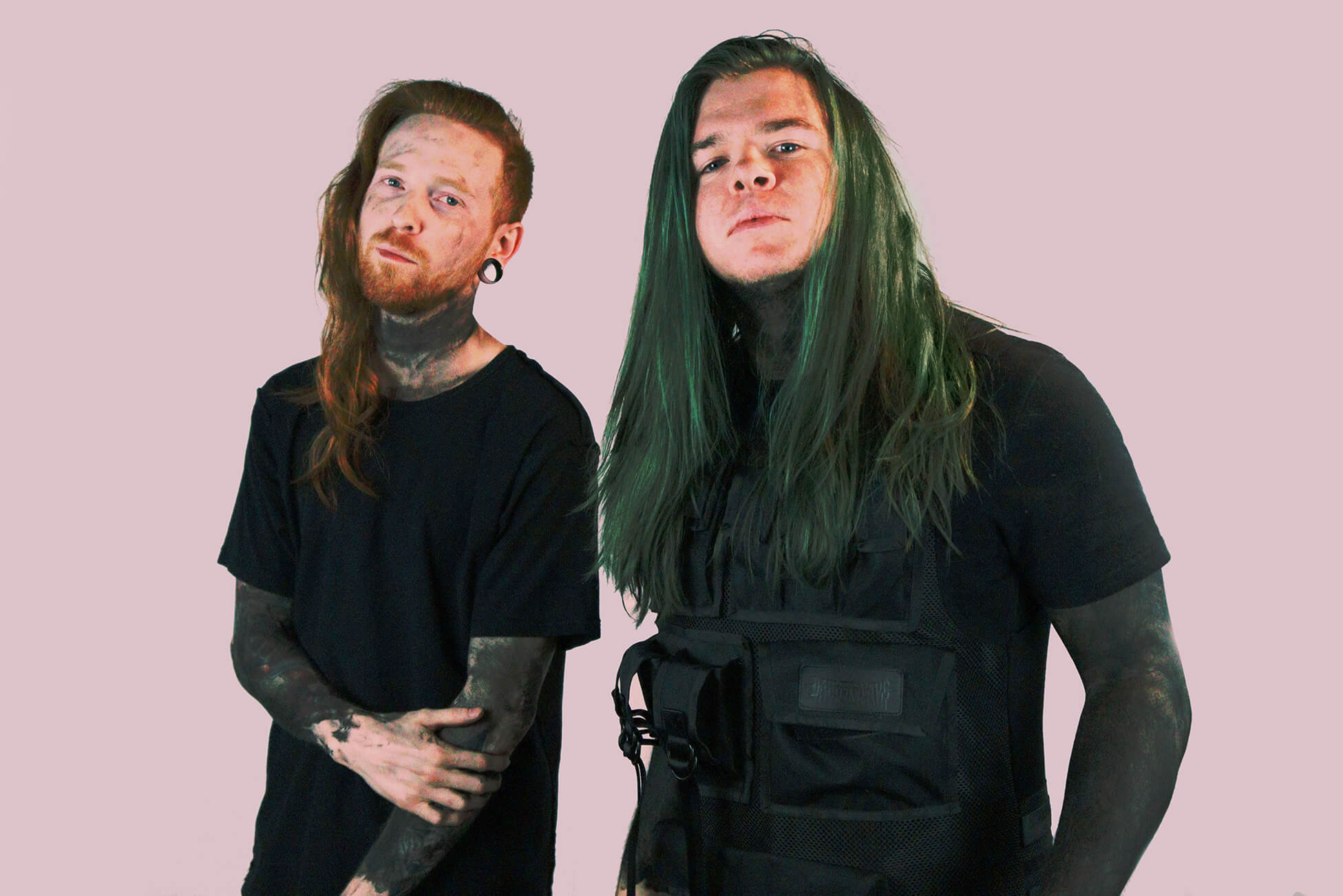 The band started out as an idea. At the time, I actually had an Electropop Crunkcore project called Dance Me Hard, recording songs in my bedroom with a Rockband microphone on Mixcraft when I was 15, inspired by the likes of Breathe Carolina, I See Stars, and Brokencyde. Cringe right? I always wanted to start a band, even before that, but I struggled to find members that could play or write well enough to actually pursue it. I started playing guitar when I was 11, but never felt the calling to that position in a band. I started singing and screaming when I was 12. I would just put on Slipknot in my bedroom and just scream along to the whole self-titled lp. With bits of my mother yelling “TURN IT OFF”. She wasn’t a fan of any of it. After trying to form countless bands, I had almost given up on music entirely. But I had finally discovered a few very talented musicians that were in the same age group as myself, we decided to sit down and write a song. At the time the band was called If All Else Fails (as it was my last shot at starting my music career) [Keep in mind, I’m only a teenager lol] and we ended up writing what ended up becoming the song ‘On The Fifth Day’, which we recorded with Landon Tewers in his parents shed in Findlay. But it was our first song that we were proud of. And then later became ‘The Diary Of Willie James’.

At the point that we recorded ‘On The Fifth Day’, the name had already become Worth The Wait. It was originally going to be Worth The Waiting but Worth The Wait rolled off the tongue so much better. And it just stuck.

The name was just about everything coming to fruition. All of the blood, sweat, and late-night promoting on Stickam and Omegle.

“While the world continues to try to figure things out, Worth The Wait invites their fans and new listeners to take their new single as a source of comfort for the troubling times that are still uncertain and are still ahead for many of us.”

I grew up on classic rock and hair metal. That was my parents’ main choices. And that influenced what would eventually evolve into the alternative subgenres that would stay with me. I remember the first time I heard ‘Wait And Bleed’ by Slipknot, it just changed everything. My parents are more old school when it comes to what they listen to, as they’re not a fan of anything with screams. So its difficult to even show them my own music… hahaha. But I quickly became obsessed with Slipknot, and then somehow ICP? At this point I have no idea what MTV2 is, which at the time was the goldmine of music. So many solid bangers. I was massively into Fall Out Boy, My Chem, Hawthorne Heights,, Green Day, The Gorillaz, Yellowcard, Brand New, and so on. And my music taste had changed a bit. Then I found out about FUSE… And they turned me on to From First To Last, Escape The Fate, Atreyu, Silverstein, Underoath,  A Static Lullaby, and so much more.

At this point I was a part of the Tripp Pants fashion, but it evolved into girls jeans and v-necks rather quickly. My mother hated it, thought it had something to do with my sexual orientation. As if it would be a travesty if I didn’t like women or something. Idk. But here I am, a happily married father of two children and still wearing girls jeans. I CAN’T HELP IF THEY FIT AND FEEL BETTER. I WILL SACRIFICE THE POCKET SPACE. I DON’T CARE.

As for artists that I would like to tour with, it’s almost hard to decide. I have history with some, as some know.  I’m torn on “should I select a list of bands that will sell out the show/tour?” Or “should I come up with a list of bands that seem like they would be fun to tour with?” Becauae those are two very different lists. Maybe one or two bands would be on each, haha.

But I would have to say out of the musicians that I’ve met, who would be the most fun. Probably the partycore gang of Asking Alexandria, Attila, and Upon A Burning Body, and throw in Chelsea Grin.

My favorite experience from a show that I’ve played would have to be Warped Tour, we shared the same stage as Motionless In White, A Skylit Drive, and many others.

It was a scorching hot day, but A Skylit Drive are great dudes. Super genuine.

You recently released ‘OBEY//DECAY’. What were some of the most fun and also most challenging aspects of recording the song/video?

OBEY//DECAY had the smoothest transition from ideas into art. Joe had an idea for a riff, recorded it, wrote some drums, emailed me the stems. I opened them up on my computer, messed around a little bit, took out things, added some things, then wrote the lyrics, demoed out some screams to send back as an idea, but it sounded great so we just kept the single layer vocals. We write, produce, engineer, mix and master all of our own music, so creativity is a driving force. We knew we wanted a short and catchy song. We didn’t know how dark or grim it was going to be, it just kind of fell together. After I sent him a demo with the vocals, he was like “this… I cant believe we made this. In just hours…” and then he came over about a week later and we added the anvil hits and the intro piano, and rearranged some things, but nothing major. We’re just hyper critical of our music. The song before the piano intro was under 2 minutes and we thought that was TOO short, so we had the idea of adding it. I just freely played some random notes in the beginning of the song, and now I can’t stop hearing Eminem’s ‘Rap God’ meets COD Black Ops 2 Zombies… But the song slaps. I’m here for it. Being an independent band with no label or management or publisher or anything, we do everything ourselves. Our friend Cody Doyle who mainly does animated lyric videos and streaming videos had recently started filming and offered to work on his craft through us, and I was confident in his skills. So we entrusted him with shooting the music video which would be ours and HIS first ever music video. We shot the video in Joe’s basement with a greenscreen from Amazon and some lights. There’s a HUGE reel of bloopers yet to be posted. It was a fun experience to say the least. We were pleased with the end result.

And ooooof. I know my preference and that does not involve ANY FRUIT TOUCHING MY FUCKING PIZZA.

Rising to the challenge, Worth The Wait have put together an electrifying collection of songs that best encapsulates the artists and music that inspire them as a band. 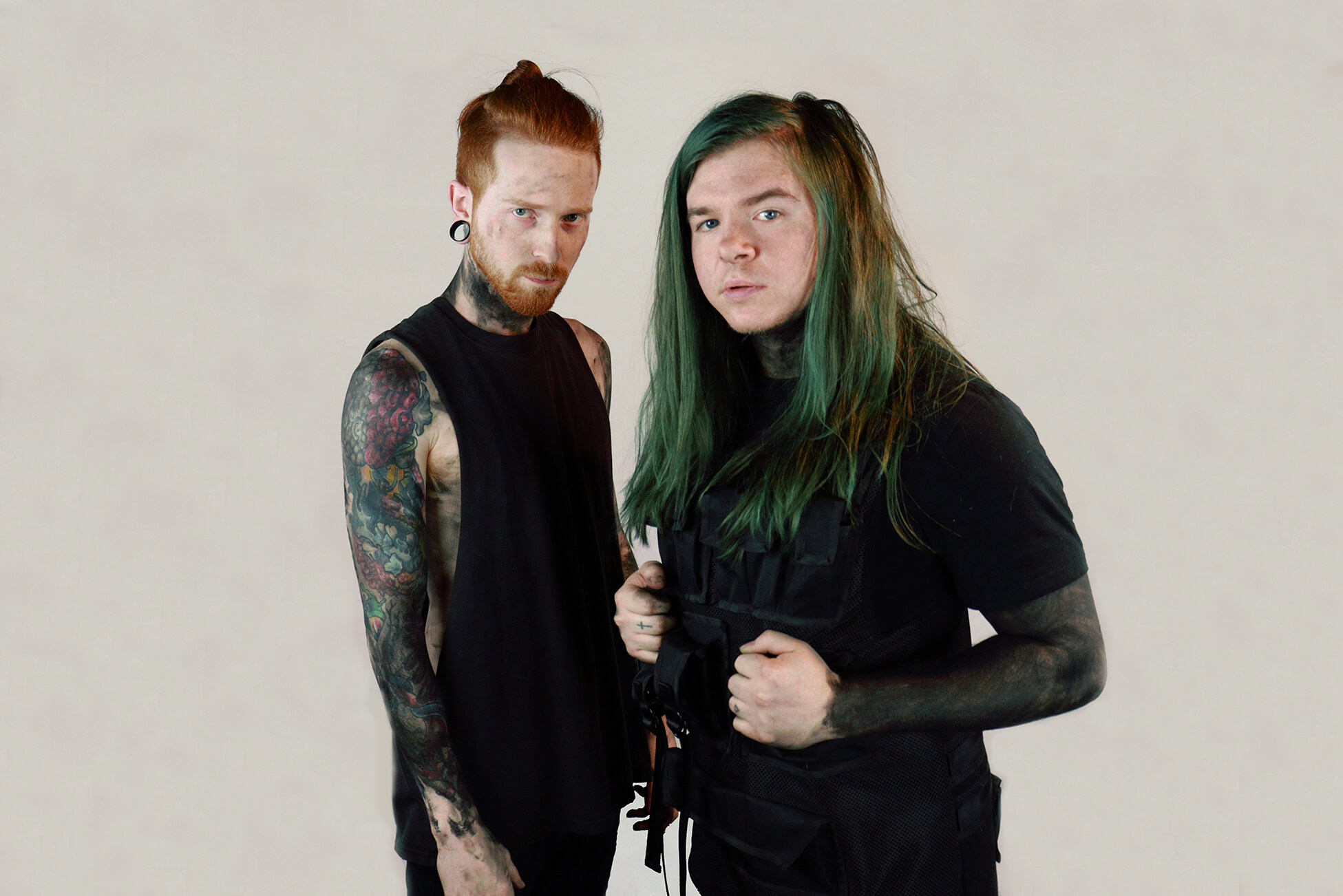