For Fans Of: Amyl and The Sniffers / The OBGMs / Bad Waitress

Whenever fuzz meets signature punk drum fills, you know you’re going to have a good time and at the intersection of that sweet punk noise and controlled chaos, you’ll find Upchuck. While this fairly new Atlanta band is keeping their social presence at a minimum, they’re maxing out on sound. We chat to guitarist, Mikey and singer, KT about who they’d love to collaborate with, recording and the band’s beginnings. 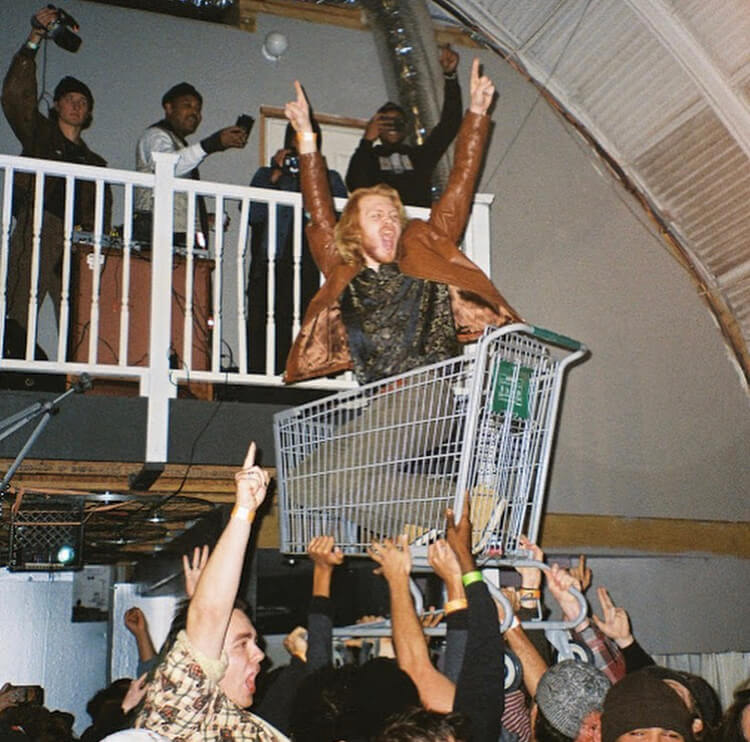 Mikey: I started Upchuck about three years ago. It took me about a year to find all the members. We played our first show, dropped our demos, and came up with the name October 2018. So we’ve only been official for about two years now. Later on we added Carson Dover for our live shows (IG :@beatsbydro). He does all of our glitchy live visuals, and made the video for Shakin. He also did some of the visuals for our Adult Swim set. We have a full length album on the way, that we recorded with Pat Phillips and Daniel Lane at Grey Cat Studios. The album was a lot of fun to record. It’s got a lot of different influences in it. We’re really excited to release this album/tour after the apocalypse is over. You can probably expect it to come out sometime next year.

KT: Upchuck is pent up emotions that need to be purged from oneself. Disappointment, sadness, annoyance, etc just being channeled into a release. A beautiful chaos that is much needed for everyone. So much has been going on for years, decades, etc etc so the release is never ending until the world hits a hard reset.

“The diverse group reels in a music loving crowd awaiting to release, and indulge in the purge of sounds that come together to be Upchuck!”

Going way back to the beginning, can you recall your very first memory of music?

KT: My first memory of music was waking up each Sunday to Bob Marley’s “Exodus” album. And having to play my Dad in Scrabble/ Chess if I wanted to miss out on church. But as soon as my Mom got back she would have us doing chores til dinner. But I always appreciated the fact that the music was always a Bob Marley banger.

Mikey: It would be sick to work with Steve Albini, Rick Rubin or someone legendary like that.

Mikey: No doubt our best/craziest show was our EP release show. People were crowd surfing in a shopping cart, jumping off the balcony, throwing full beer and the shopping cart at us. KT got hit in the face with the shopping cart and was bleeding like crazy, she almost passed out. It was the gnarliest show ever. 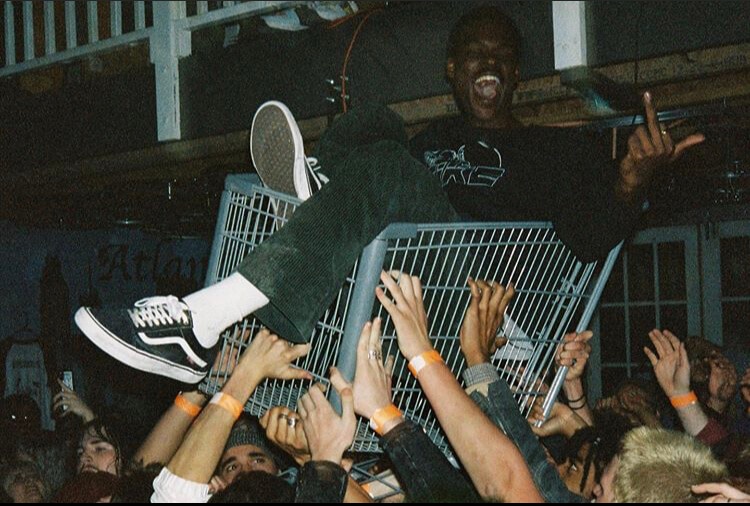 Your debut EP came out early this year. What were some of the most challenging and also the most fun aspects of recording it?

Mikey: Nothing was really challenging about making that EP. We recorded it in my friend Daniel Lanes bedroom. I wrote most of the riffs drunk on the spot, and recorded it in like a week. Shout out Daniel for recording us. He also played drums on the first song Shakin and fucking ripped it.

Mikey: I’m good on the pineapple.

Rising to the challenge, Upchuck have put together an electrifying collection of songs that best encapsulates the artists and music that inspire them as a band. 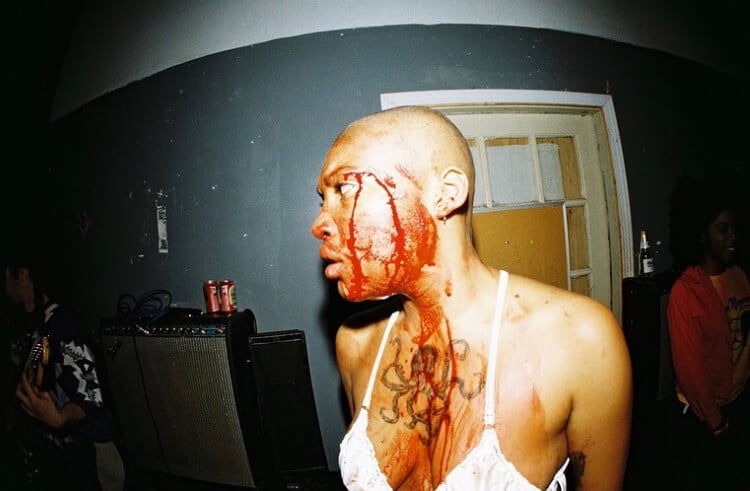 ← The Path: Ryan Kirby talks new Fit For A King album Album Review: Movements - No Good Left To Give →