Fusing folk punk with a touch of indie and melancholy, The Spins have been praised for everything from their earworm guitar riffs, to bouncing bass lines and captivating lyrics. We got to take a time out with the New Jersey boys to chat origin story, Tim Dayon, cool fan stories and more. 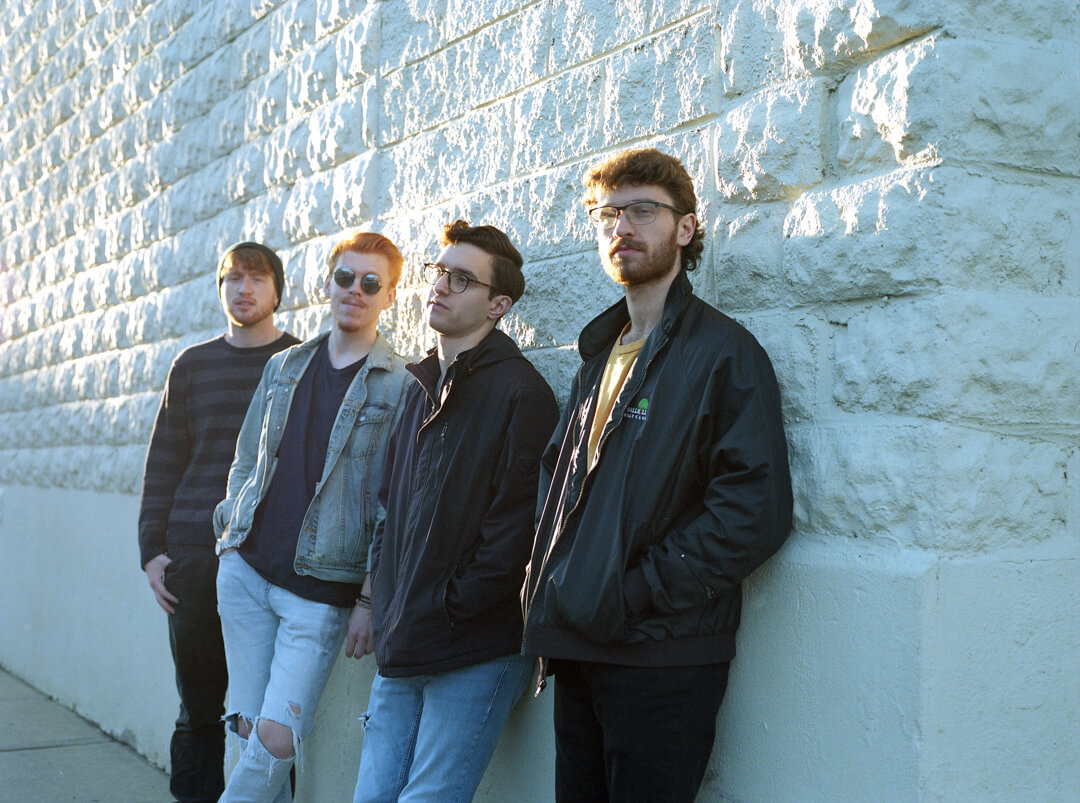 We’re all pretty outgoing guys, we love having fun and meeting people almost as much as we love music.  We always try to have fun and make the best of things no matter where we are, and try to be very welcoming to anyone we meet.  Music is pretty much our biggest collective passion and is pretty much all we do/focus on.  Oh also, we love a good long walk on the beach.

It’s hard for us to remember our very first personal music-related goosebumps, as we’ve all been playing or passionate about music pretty much our whole lives.  I think one serious moment that stands out as a band for us since Phil joined the group though was when we wrote “On the Fence’, one of the as-of-yet unreleased tracks on the album.  This was the first track we wrote when we were first starting to think about the new record back in the summer of 2019.  We were staying at our friend Jake’s house while on tour in Philly.  It was the 4th of July and we had an off day, but instead of going out or really doing anything that day we stayed in pretty much the whole day just jamming and trying to come up with ideas.  Nick had been fiddling around with the main riff from the song for a little bit trying to think of where to go with it, when Phil added the driving bassline you hear on the track over top of it.  It was an immediate vibe that we all felt, so we went downstairs to the basement and plugged in full band.  The whole song kind of just wrote itself out of that in 30 minutes to an hour, lyrics included, and we were just playing it and looking at each other like “damn, yeah that’s it”.  It was a crazy moment that felt great and really inspired us toward starting to make a full LP.  We finished the song that day and started playing it at the rest of our shows on that tour and pretty much every show since, and it’s always one of the standouts of the set.

Dayoff.  His real name is Tim Dayon and he’s basically already in the band, he makes music himself but he has been instrumental in our progress thus far.  He helped us record all of our early demos, write a lot of our songs, and has let us spend hundreds of countless hours at his house practicing, writing, and recording.  He also ended up turning his house into a local DIY venue (The Hayloft) where we’ve gotten to help build the local scene in our area and throw some awesome shows with some amazing bands.

It’s hard to pick one because we’ve gotten so many amazing gestures from fans and friends over the years, but I think one of the coolest/more surreal things we’ve seen is someone making a translated lyric video for one of our songs on YouTube into Spanish.  It sounds silly and relatively simple, but just seeing that our music reached a whole different country and resonated with enough people in such a way that they went through the trouble to translate and edit together a video of our song was just super crazy to us.  In our heads we’re still just a small town band from Sussex County NJ haha.

You recently released ‘Lucky Cig’. Who did you work with and what was it like in the studio?

We recently release one of our favorite songs on the album, “Vibe Police”, at the end of April.  We recorded it, along with the rest of the record, at Sound Acres Studios with Gary Cioni.  Our experience in the studio was incredible.  We spent three weeks there recording all 11 tracks and perfecting every detail 8-10 hours a day 5 days a week.  Just having the ability to set that time aside and focus on nothing except for the music definitely made a massive difference in the quality of the record.  Sound Acres is beautifully situated on a large property in the woods of South Jersey, so the isolated peace of being there definitely added to our creative mindset as well.  We even got to help Gary clean his pool and are considering switching our careers over to professional pool boys, so hit us up this summer.

A hotdog is definitely not a sandwich.  A hot dog is a whole thing of its own. There are sandwiches… and then there are hotdogs. 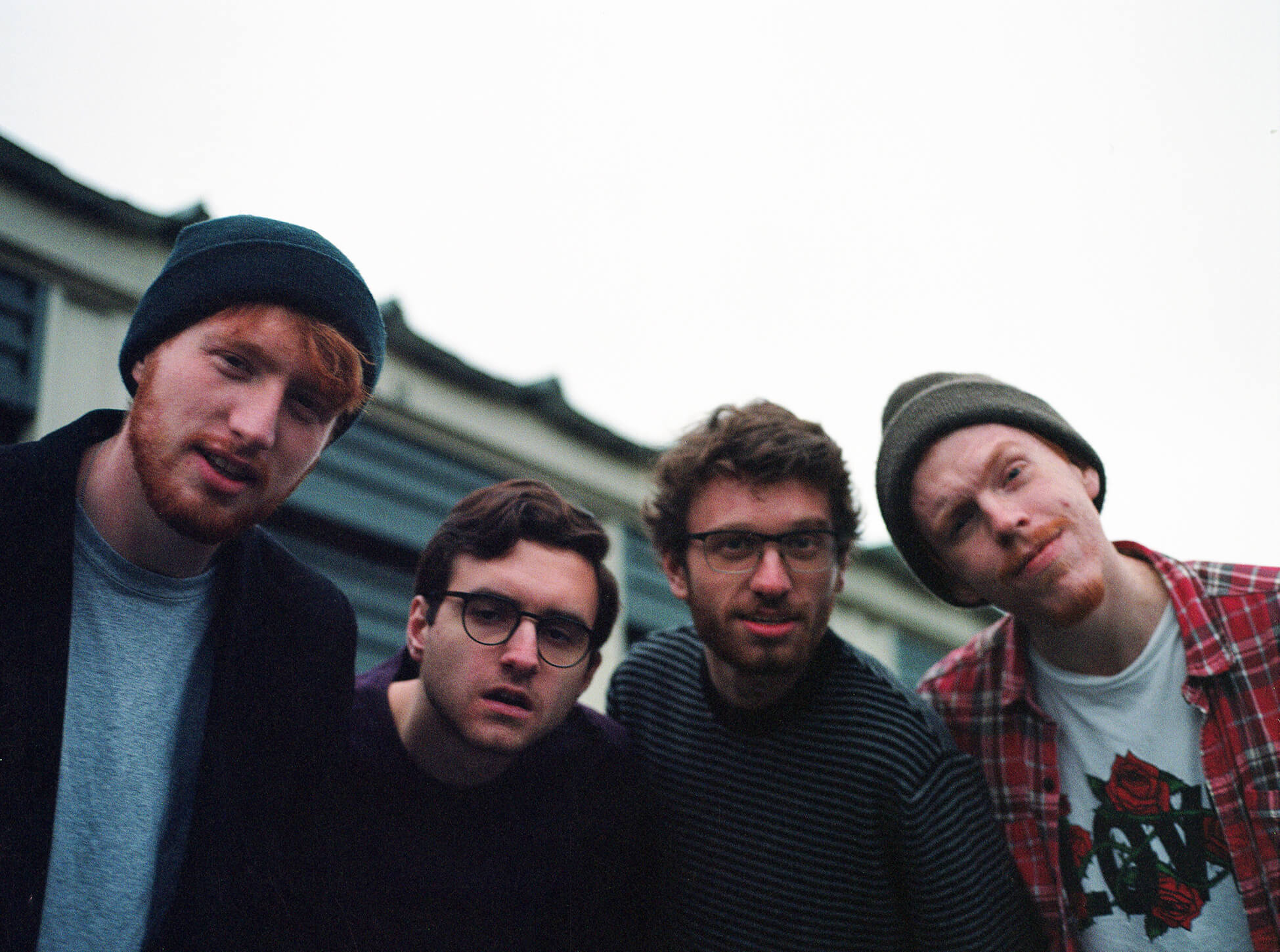 Rising to the challenge, The Spins have put together an electrifying collection of songs that best encapsulates the artists and music that inspire them as a band. 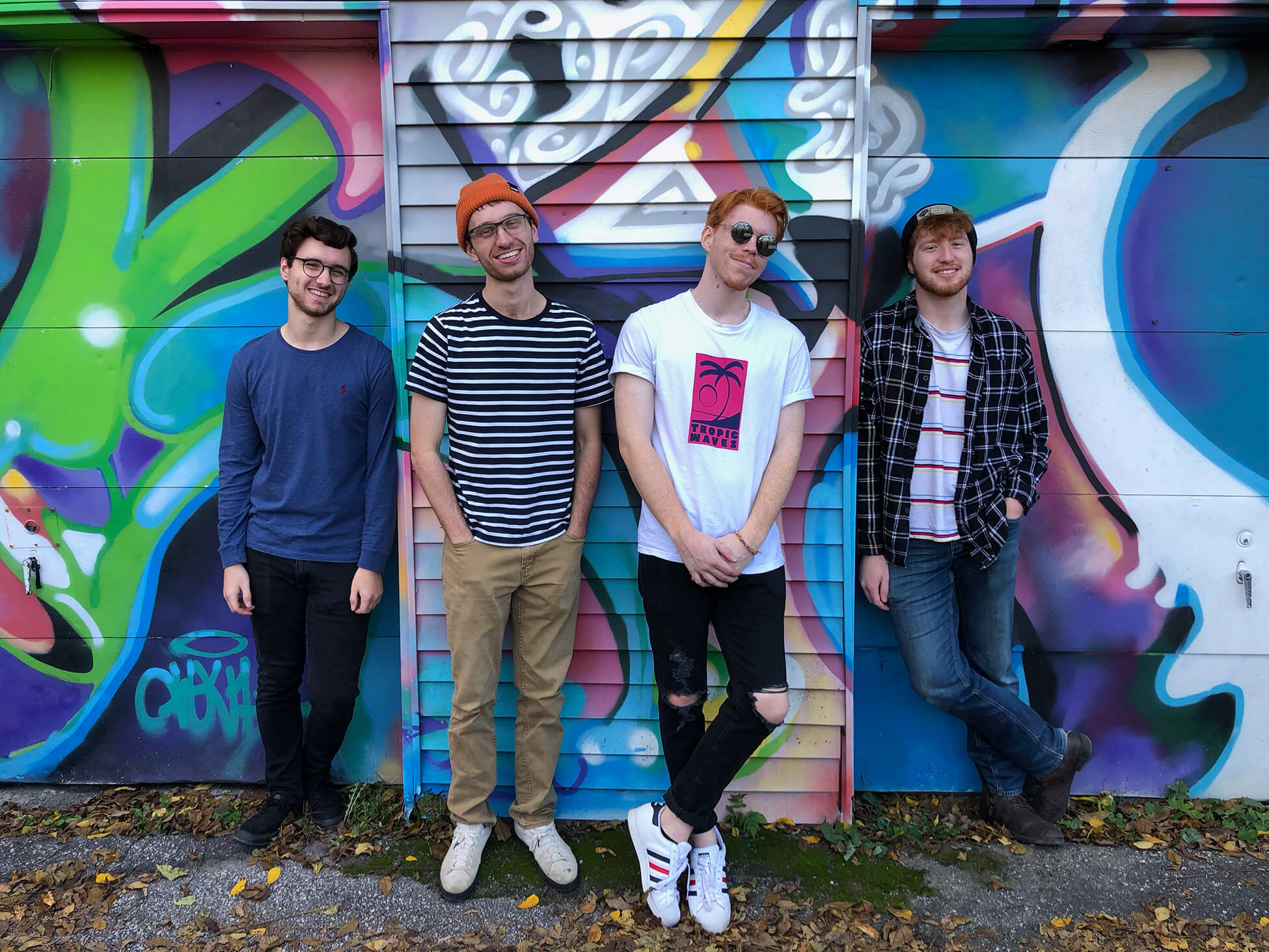