For Fans Of: The Blackout / Everytime I Die / Beartooth

Following on from an incendiary 2019, which included their debut single ‘wasting away’ and live performances supporting Funeral For A Friend at O2 Shepherd’s Bush Empire and Cardiff Uni, Raiders aren’t showing any signs of slowing down and with the embodiment of energy, Sean Smith, behind the steering wheel, you wouldn’t expect anything less. With their next single, ‘Destructobot’, dropping tomorrow, we chat to drummer Chris ‘Stixx’ Davies about the band’s origin and how this differs from anything they’ve done before. 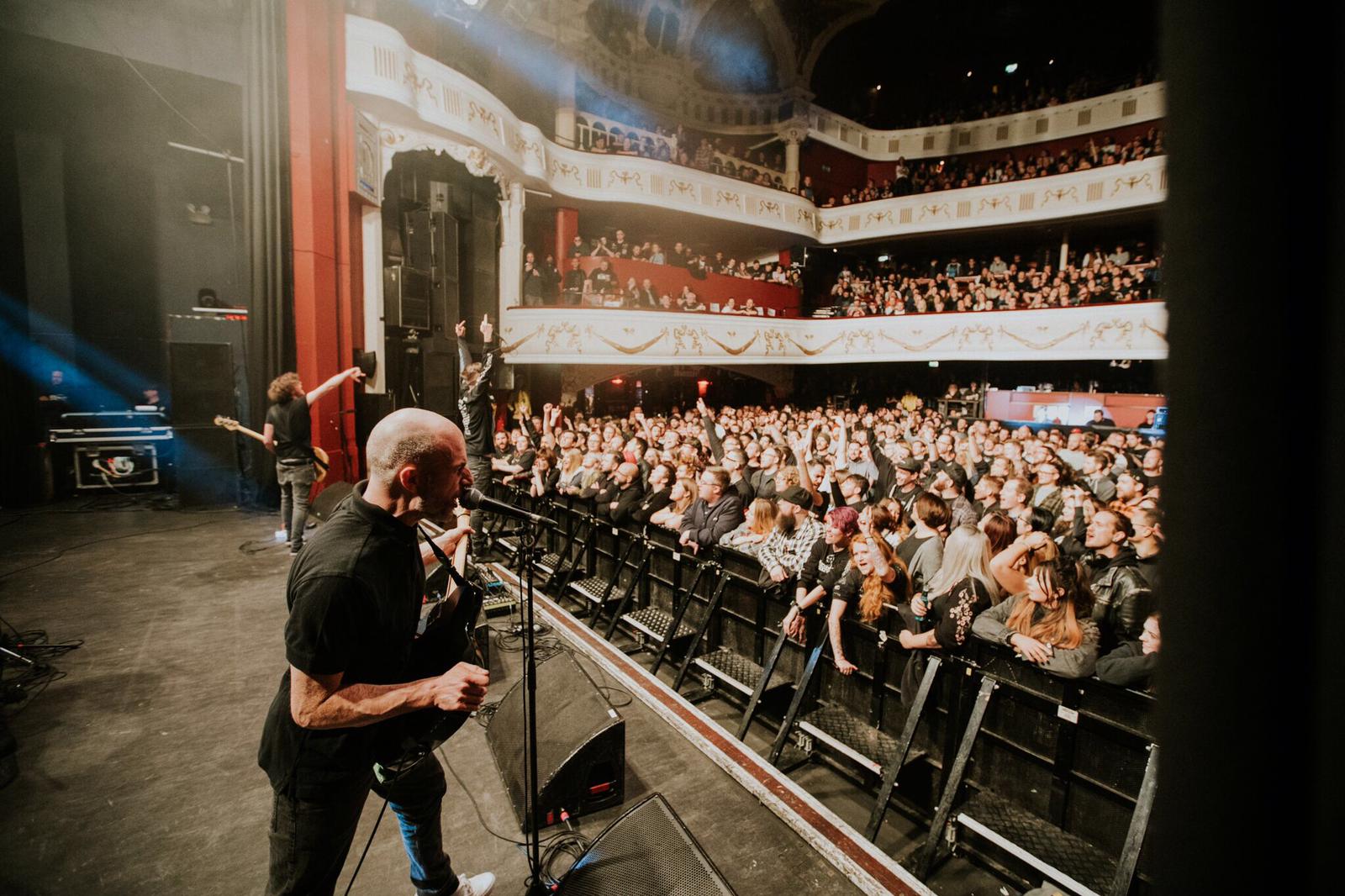 You’re obviously not new to the industry, but Raiders haven’t been around for too long, welcome! Tell us a little about yourself. Where the name came from, how this started out and anything else new fans would want to know.

We’re certainly not new to the industry and Raiders as an entity has been around a fair bit longer than anyone would expect. We played our first “gig” in December 2018, it was a secret 3 song set at our local venue/rehearsal space The Green Rooms. James, Sean and myself had been writing together since probably early 2016, we’d struggled with getting bass players onboard until we recruited Ryan mid 2017. We really didn’t have any plans for the band other than to just have somewhere to let off some creative energy but by the beginning of 2018 the itch to get back on a stage was real so we made it our mission to do it that year. We spent the year writing and tightening existing songs, teaching Ryan what we already had written and finding a name. We made a list of one word names that we collectively had suggested, picking a name was really hard, almost everything we came up with was already being used, Raiders was not, a week before wasting away went live, some American artist swiped the name so we were forced to use Raiders UK for streaming services.

There’s some pretty solid experience with Sean and James having been in The Blackout. How different is this project to what you’ve done before?

Yeah having the experience of working at a much higher level that Sean and James have is invaluable, that’s what makes this project different for me is their wealth of experience. We’ve all been around the music industry for a long time, most people know Sean and James’ story with The Blackout and their 10+ year run. I’ve been playing in bands from local to small touring level for 20 years, I’ve owned and run recording studios, managed bands, booked and promoted shows, tried it all.  Ryan has also been in local bands for around 20 years but it’s great being able to do “firsts” with him, Teddy Rocks Festival may 2019 was probably his biggest festival stage and The Cutting Teeth tour earlier this year I think was his first tour and to play Shepherd’s Bush empire to a sold out crowd supporting the mighty Funeral For A Friend was an eye opener for him and myself. He was beaming backstage after it!

I’ve grown up in somewhat of a musical family so for me it’s a very young age playing Piano at my great aunt’s house. My dad plays some guitar, a little piano and clarinet, as more of a hobby but brother Jim Davies was a pretty successful Cornet player with the Cory Band and moved on to become a conductor. I was probably 12 or 13 when I first started to teach myself to play guitar but I found it really difficult, when I was around 13 my school started offering drum lessons, it was only like 15 minutes per student once a week but I managed to work my way into getting a lesson. A friend had a drum kit and I just picked it up naturally and soon after bought my own drum kit and never really looked back.

You’ve opened for Funeral For A Friend (WOW!) how surreal was that?

It was crazy, wish it could have been under less sad circumstances but to be able to get up there and play some songs and raise some money for Big Stu and his family was amazing. Playing Cardiff Uni and O2 Shepherds Bush Empire was next level for me, I grew up watching bands at Cardiff Uni. O2 Shepherds Bush Empire though, knowing Refused and Thrice were going to be on that stage the next night, that’s crazy. 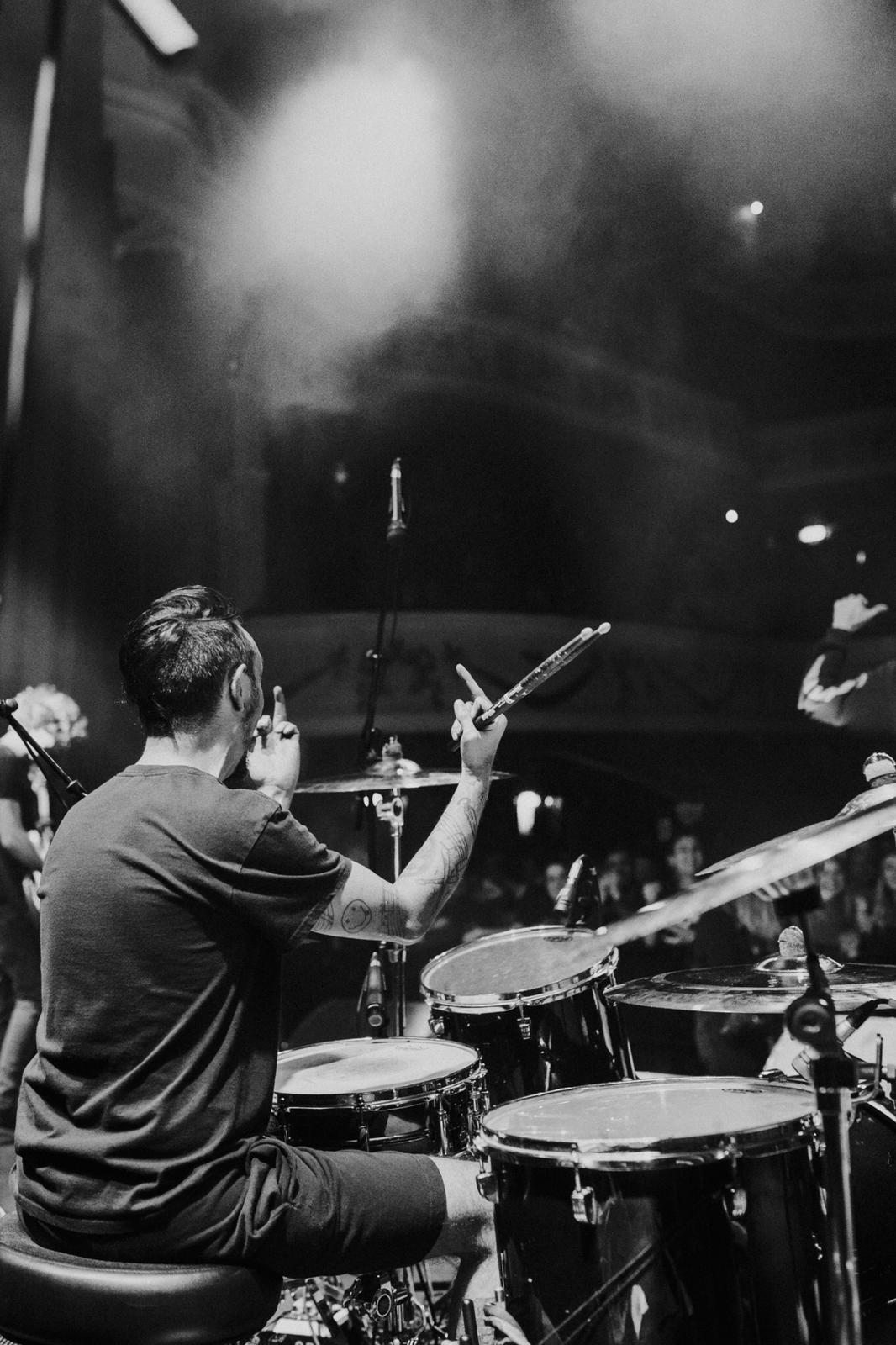 You’ve got a new single out tomorrow – what were some of the most fun and most challenging aspects of recording it?

We do and it’s well over a year in the making and we can finally tell you that the next release “Destructobot” is coming to Bandcamp on September 4th and will be on all other digital platforms from September 5th!

We were supposed to record it in August 2019 but outside forces stuck a spanner in the spokes, we were forced to cancel with the producer and studio we were booked with. We then found it difficult because anyone else we wanted to work with were already booked up. We wanted to work with Todd Campbell but he was on tour with Phil Campbell and the Bastard Sons at the time so when we eventually got the time and he had the space in his schedule we got into his studio Stompbox in February 2020, just after coming back from the Cutting Teeth Tour and fortunately just before this pandemic took over. We’ve been blessed with having our good friend, Stuart Richardson, (Thursday / No Devotion / Lostprophets) mix the songs over at his studio in Florida and on his recommendation we had Jesse Cannon master it in NYC. Todd, Stu and Jesse, all knocked it out of the park! As for the actual recording process, that part was smooth, we’re well rehearsed and Bob and I just click on another level musically so writing and recording is usually really easy.

Who are some of the bands or artists that you’d love to collaborate with and/or open for on tour?

Deftones, Thrice, Glassjaw, Architects, Every Time I Die, Refused and Stray From The Path are some of my/our favourite bands so one or all of the above would be lovely!

Rising to the challenge, Raiders have put together an electrifying collection of songs that best encapsulates the artists and music that inspire them as a band. 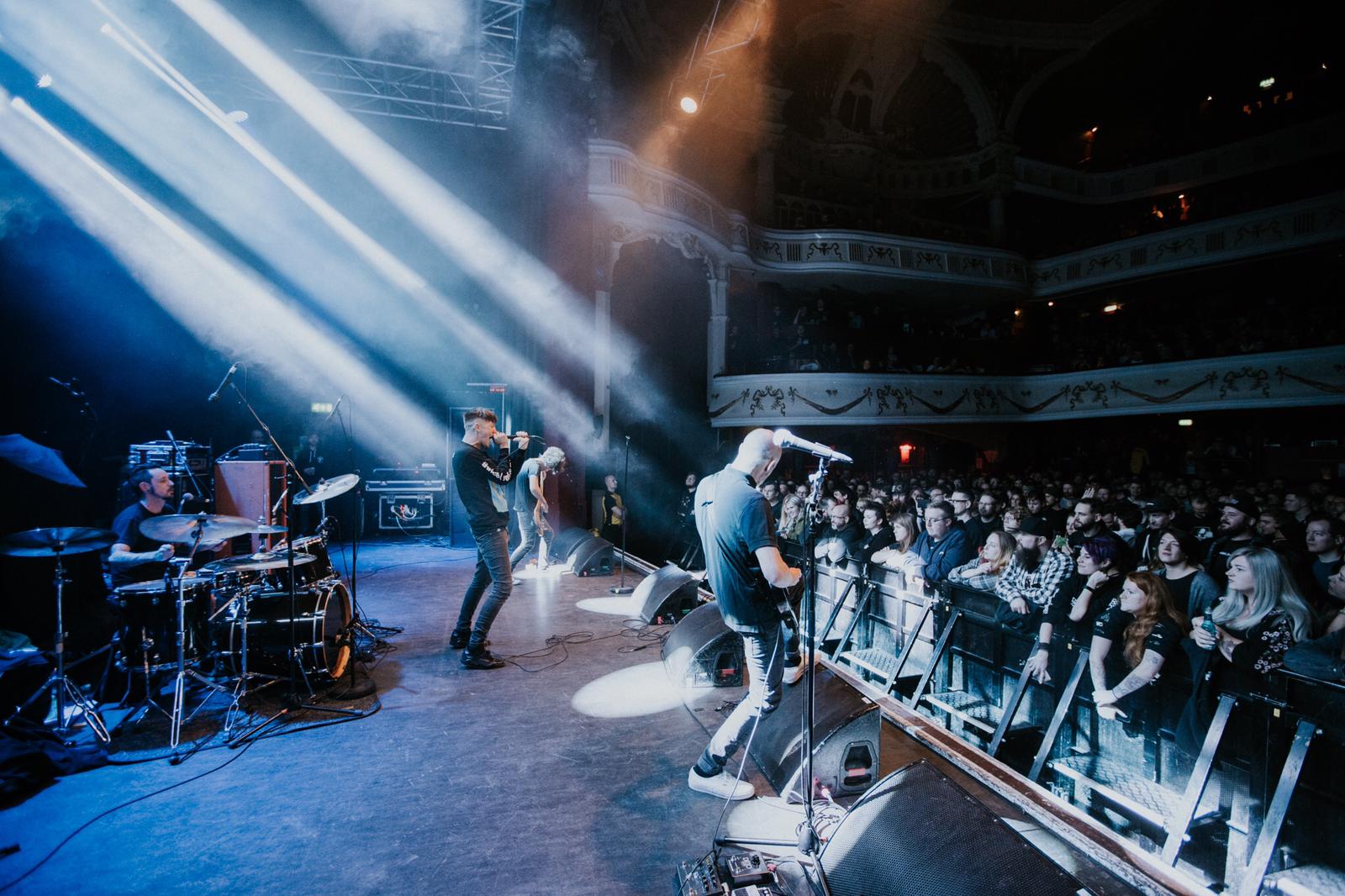