With a rich tour history – The Distillers, Alexisonfire, PUP and FIDLAR – and their recent EP, Sick Hustle, in the bag, we talk to Montreal punks, NOBRO about their earliest memories of music, that one show and explore the music that’s inspired them along the way to world domination.

Watch/Read the interview below. 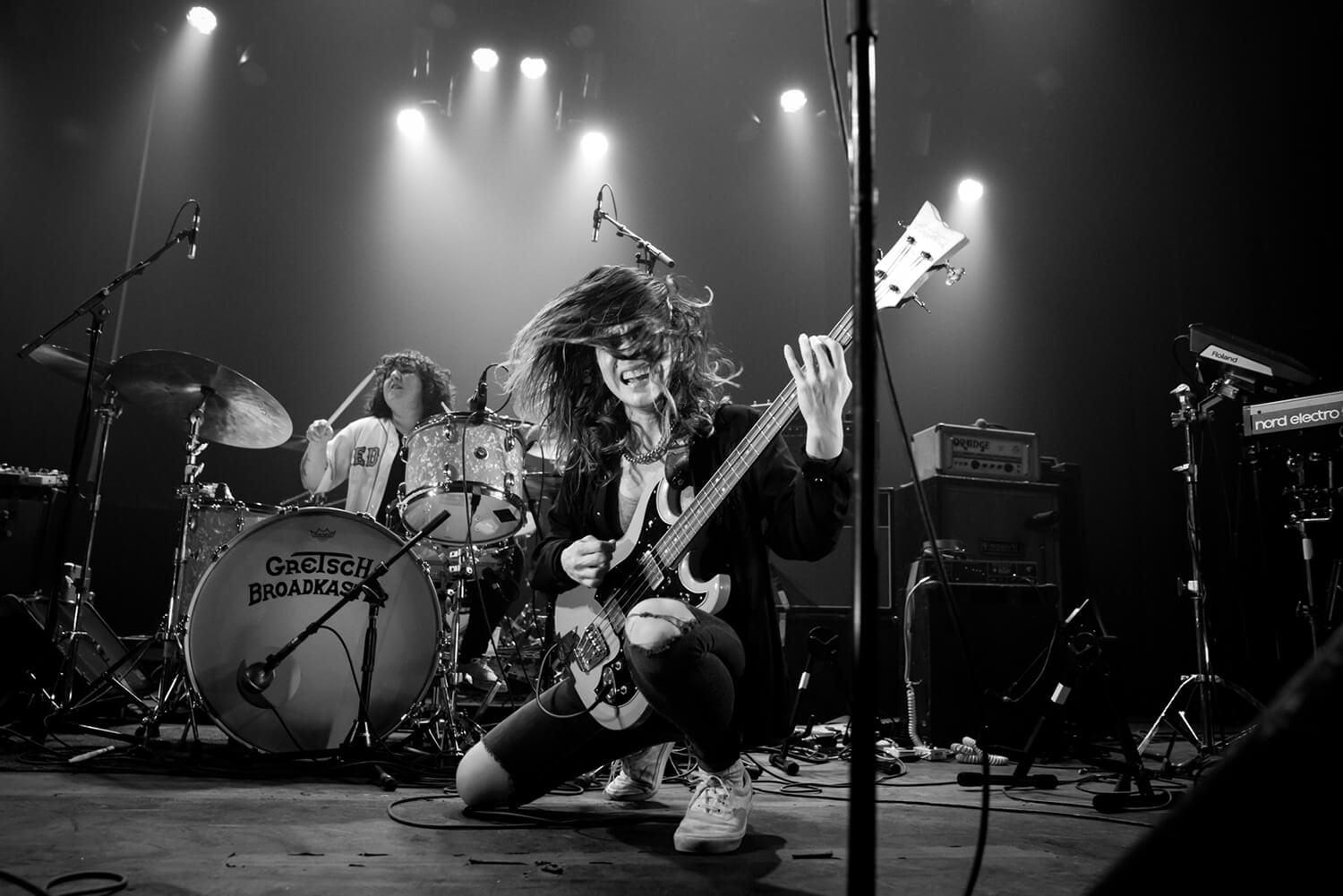 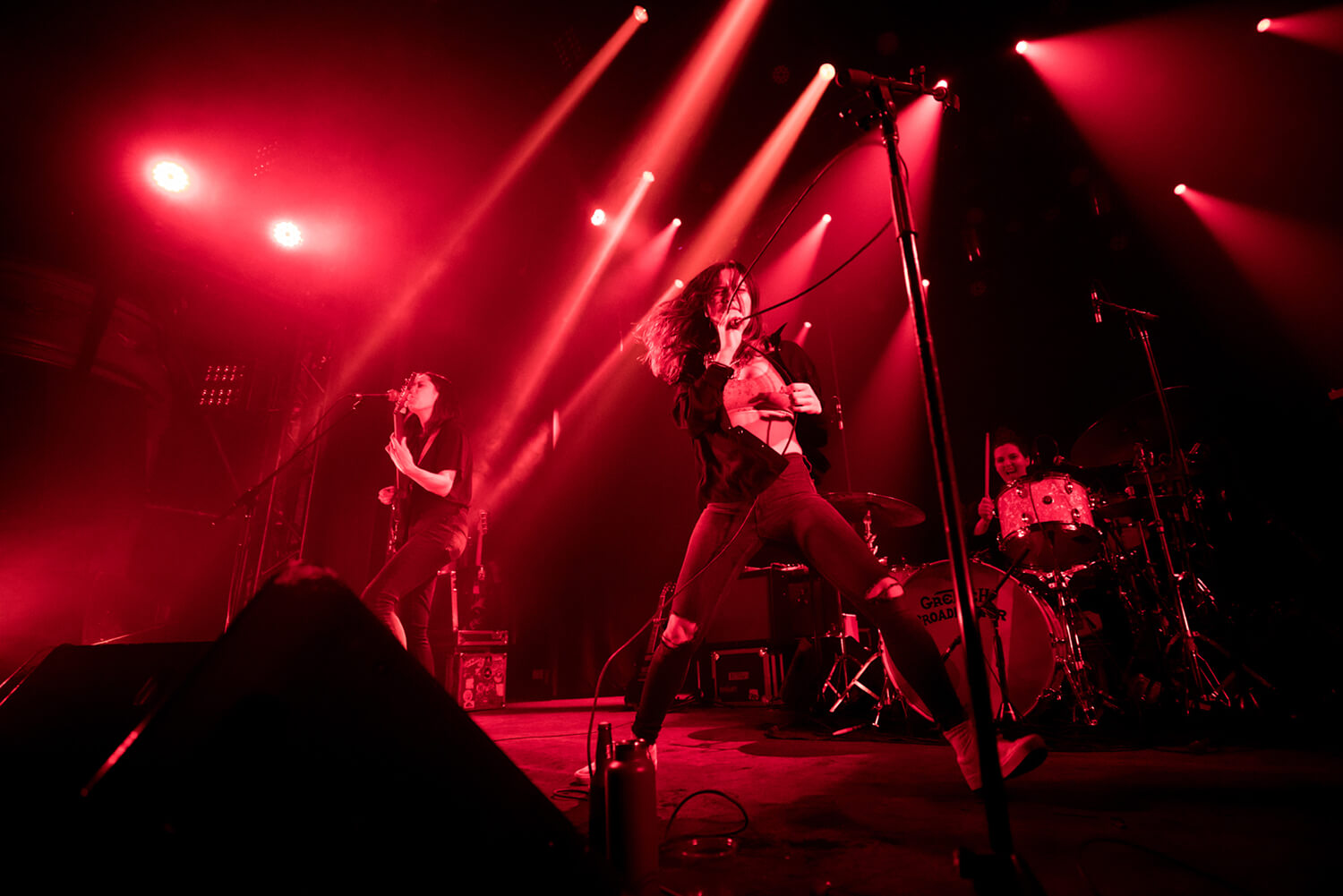 Sarah Dion: So that’s an easy one. When Katherine was trying to put this band together and a bunch of guys kept saying they want to be in the band and she kept saying “No bro, it’s not going to happen”. So that’s it. And how long have we been going for?

Kathryn McCaughey: It’s been a while.

Karolane Carbonneau: With this formation.

Lisandre Bourdages: Yeah, a year and half. It’s going to be two years in November.

You obviously play punk music now, but what was your first memory of music?

Lisandre: For me, it’s just what my parents were listening to, which was cheesy music like Celine Dion, which I love – hi Celine.

Karolane: For me it was Led Zeppelin and Jimmi Hendrix.

Sarah: Nice, my parents used to have these disco parties on Saturday nights, so a lot of ABBA.

Kathryn: My first concert was Ricky Martin. I went with my mom and she still doesn’t think he’s gay – she’s still holding out.

You’ve already worked with METZ and Fast Friends, but is there another band or artist that you’d love to collaborate with and/or open for on tour?

Karolane: Whoever wants to play with us, I guess.

Lisandre: I’d love to just go on tour with anyone right now… please. 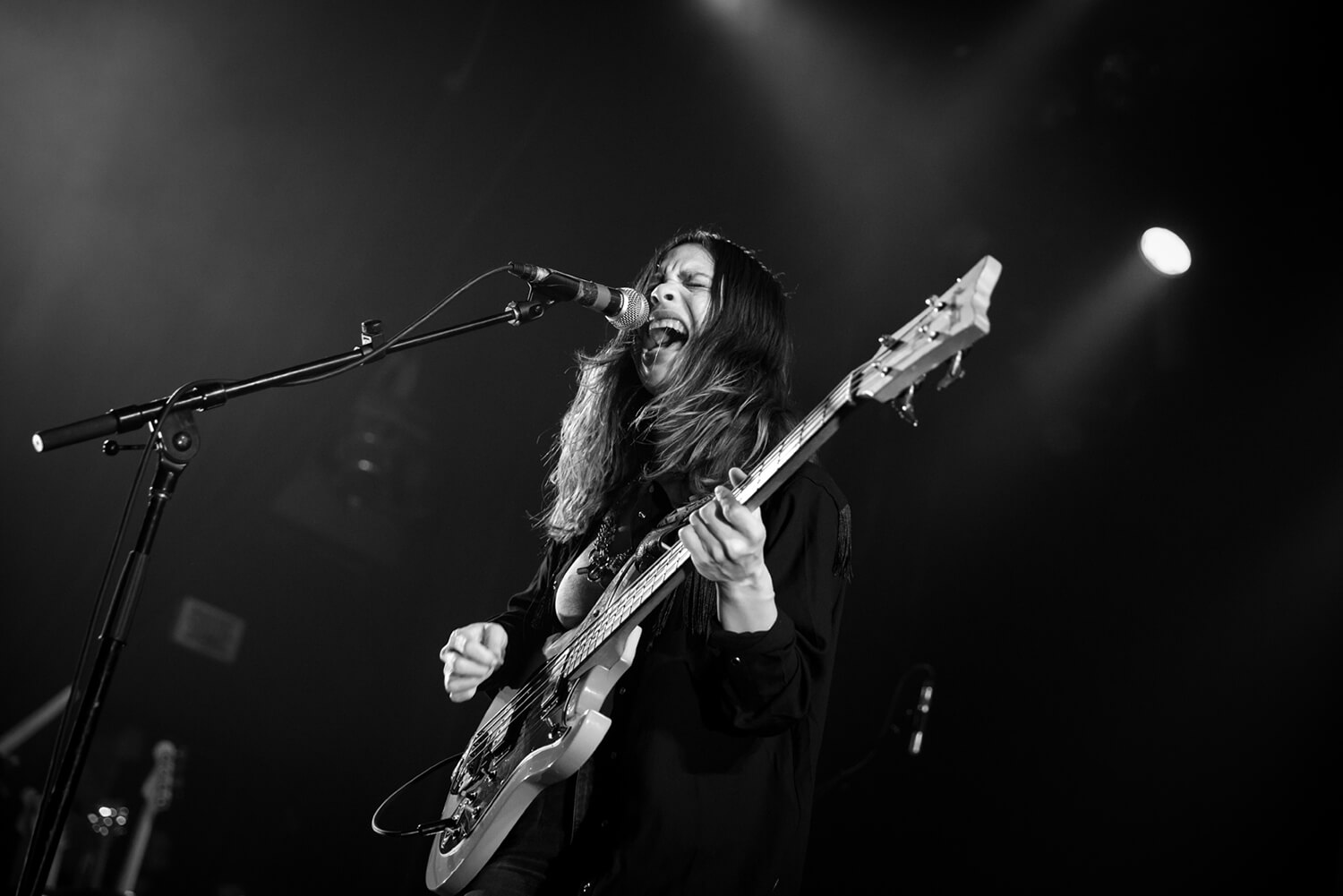 Sarah: Probably the show on the Distillers and Alexisonfire show where Kathryn was very sick… from both ends and we were this close to cancelling the shows.

Karolane: Well it was cancelled, but…

Sarah: It was in Calgery and at the last fucking second we actually did it and we had a bucket on stage just in case. We only had four shows on this stretch and we were ready to cancel one of them, but then we just did it.

Kathryn: My favourite show was at the lowest point for me, I think, in this band. We played at a gymnasium – do you remember that? – and there was no one there.

Sarah: I think it was a church basement.

Kathryn: Yeah, it was a church basement and anyways, I seriously cried after. Looking back now, it was maybe not the best show, but definitely the most memorable one.

Sarah: Yeah, it’s when you play a shitty show and you’re like, I drove twelve hours for this and I’m not making any money, I’m actually spending money that you’re like, fuck this band.

Karolane: I think it was the first show we did; it was at The Bog, Montreal and I didn’t know the band, it was my first show with you and everyone was so stoke and I was like, ‘what, this is rock and roll?’

You’ve just released Sick Hustle (congrats!) – what was the most fun and most challenging aspects in studio?

Sarah: I would say Tom D’arcy.

Sarah: Yeah, he was our producer and he just pushed us so hard.

Karolane: We all cried.

Kathryn: I cried and then I smashed through the washroom door while he was peeing and screamed ‘we’re not done yet’ and cried some more.

Sarah: Yeah, he was just pushing us to the very limit of our capacity. I did all my drum tracks on the first day. So on the first day, we did the setup, the mic setup, all the tests and then he had me do the entire EP in one night.

Sarah: Yeah, we put out four songs, but it was part of six, so I did six songs in one night. I listen back to these drum tracks and some of the fills I can’t replicate, because it was such a crazy mindset and you’re like, high.

Kathryn: Lightning in a bottle.

Sarah: But we love him.

Karolane: Finally, we love him.

Lisandre: He’s gonna be so glad to hear that.

“Big like ’70s radio hits, dirty like garage rock, and driven like ’90s punk – Montreal’s NOBRO play the kind of shit you want on in the background as you walk into the bar dressed to kill.”

Karolane: Yes! Oh my god, I love it so much

Lisandre: Fruit on pizza? No. Why?

Kathryn: Okay, but this is the thing. If you’re gonna eat pineapple on pizza, you have to have ham on pizza, right? Now, I’m a vegetarian, so I can’t, so it’s a no go for me.

Sarah: The pineapple without the ham is just wrong.

Kathryn: You need the sweet and the salty.

Sarah: Okay, I think we settled it.

Rising to the challenge, NOBRO have put together an electrifying collection of songs that best encapsulates the artists and music that inspire them as a band.

“NOBRO are currently one of Canada’s most incredible punk bands and Sick Hustle proves it.” 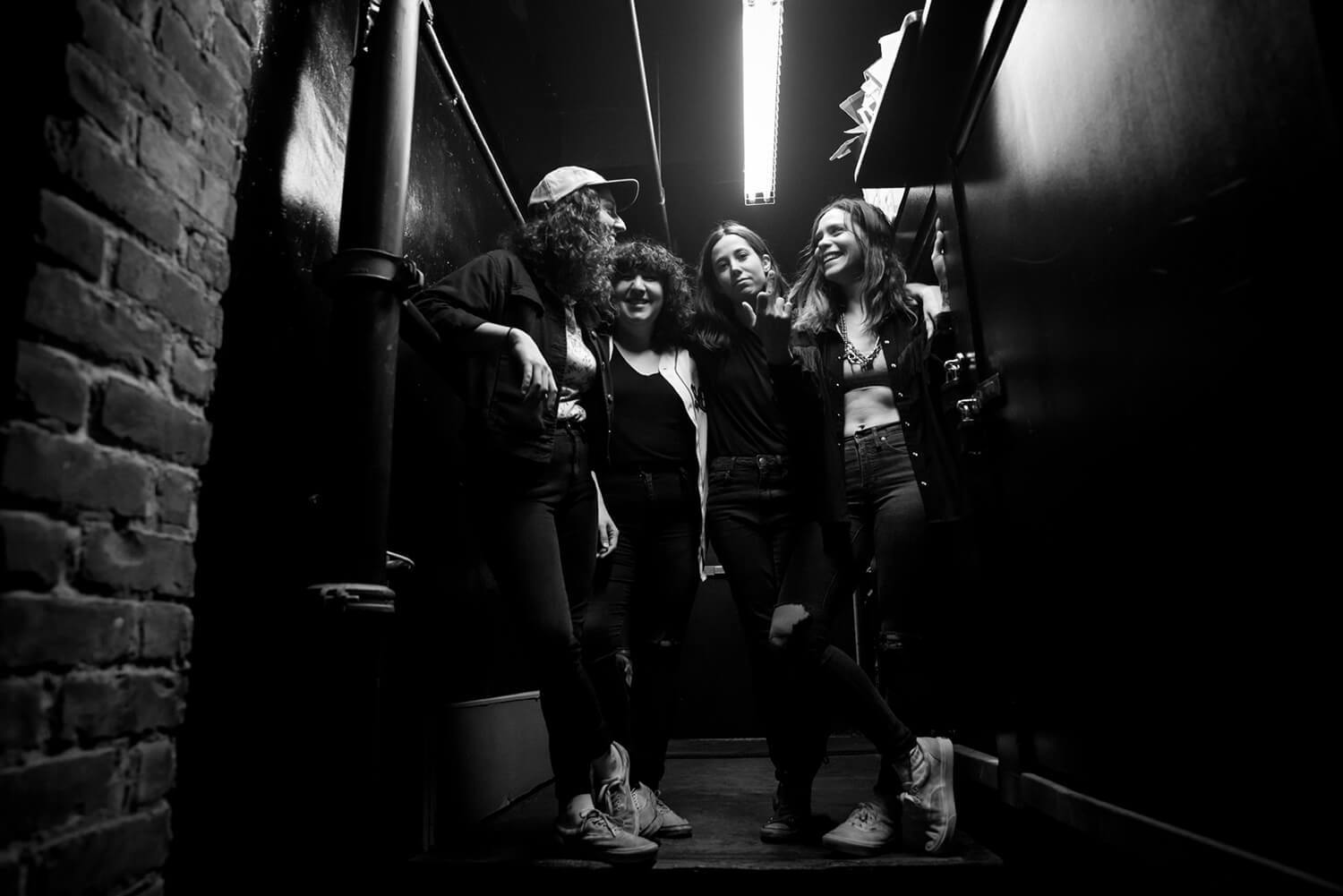