For Fans Of: Wilmette / Knuckle Puck / The Story So Far

Having released their second EP, Good Grief, a couple of months ago, Illinois band Jumping Ship have carved out some time to talk about recording it, first memories of music and more. 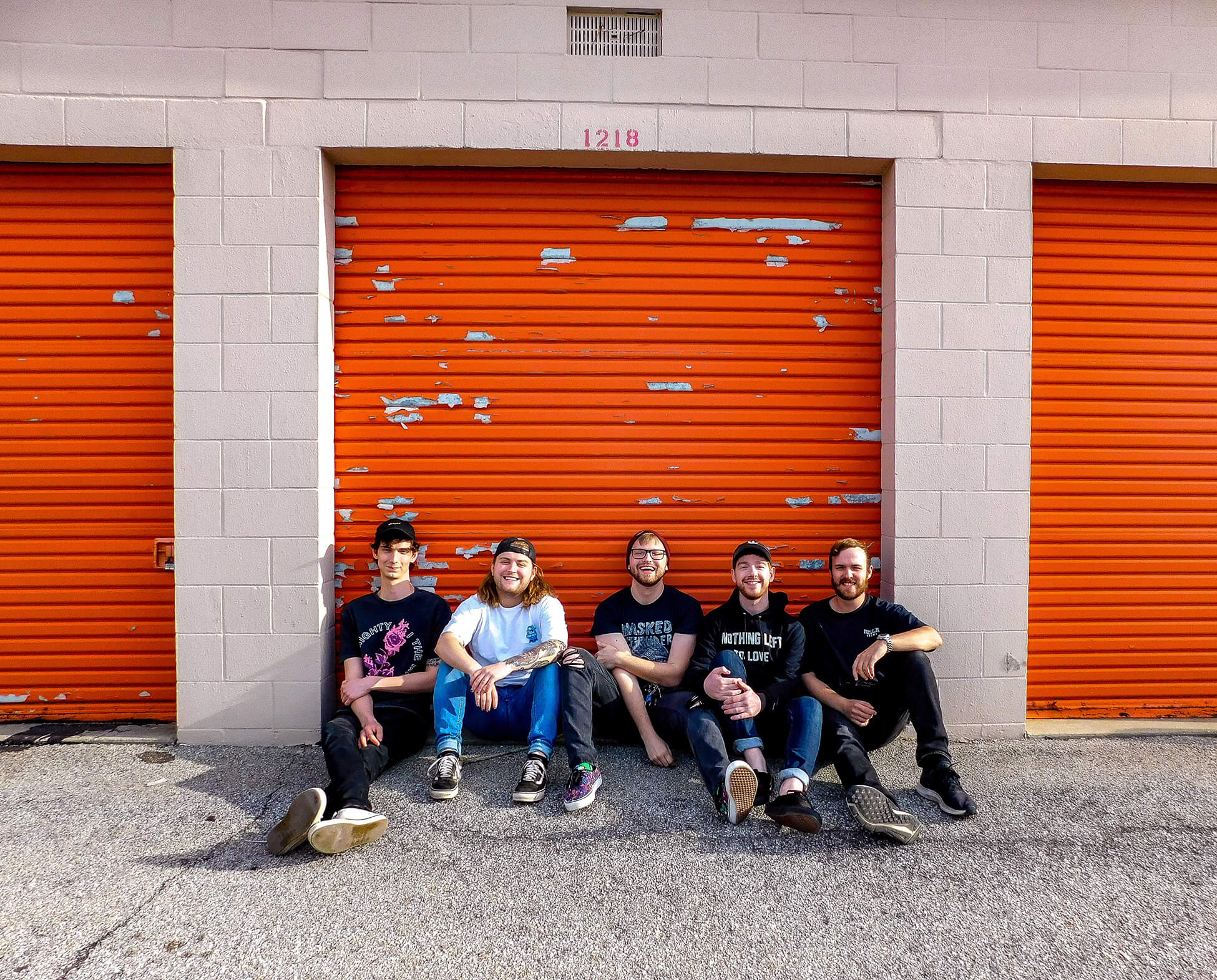 Hello! We’re Jumping Ship, a Pop Punk band from Illinois (we know, how original!) Jumping Ship began in 2018 as sort of the final form of a band that most of us had been in since 2014. Our singer, Jason Roberts, was the one member that hadn’t been a part of that first band and really deserves the credit for wrangling us all back together and getting Jumping Ship up and running. It might sound a little long-winded to go that far back, but we feel like all of that plays into how (hopefully) polished our 2 EPs under Jumping Ship came out. Because of that first band of ours, we had 4 years to be bad together and get better together; as writers, performers, merch sellers, social media managers, all of it. Then adding Jason, someone who has absolutely no business being as talented and creative as he is considering this is the FIRST band he’s ever been in, It’s just been so exciting to have it all play out like this. Basically, as soon as we got all 5 of us together in 2018, we very quickly were like “oh yeah, this is exactly what we’ve been looking for.”

As for the band name, we really wish there was more of a story to it. Jeff loves Counterparts, Jeff suggested our name to be Jumping Ship, which is a Counterparts song. A fun detail is that it’s what many believe to be the worst Counterparts song according to many of their fans as well as the band themselves. Don’t really know if that means anything, but it feels like it does.

“This is just such a stunning EP and, although I never wanted it to end, I was glad it ended on such a strong and flawless note.”

Girl at the Rock Show on Good Grief 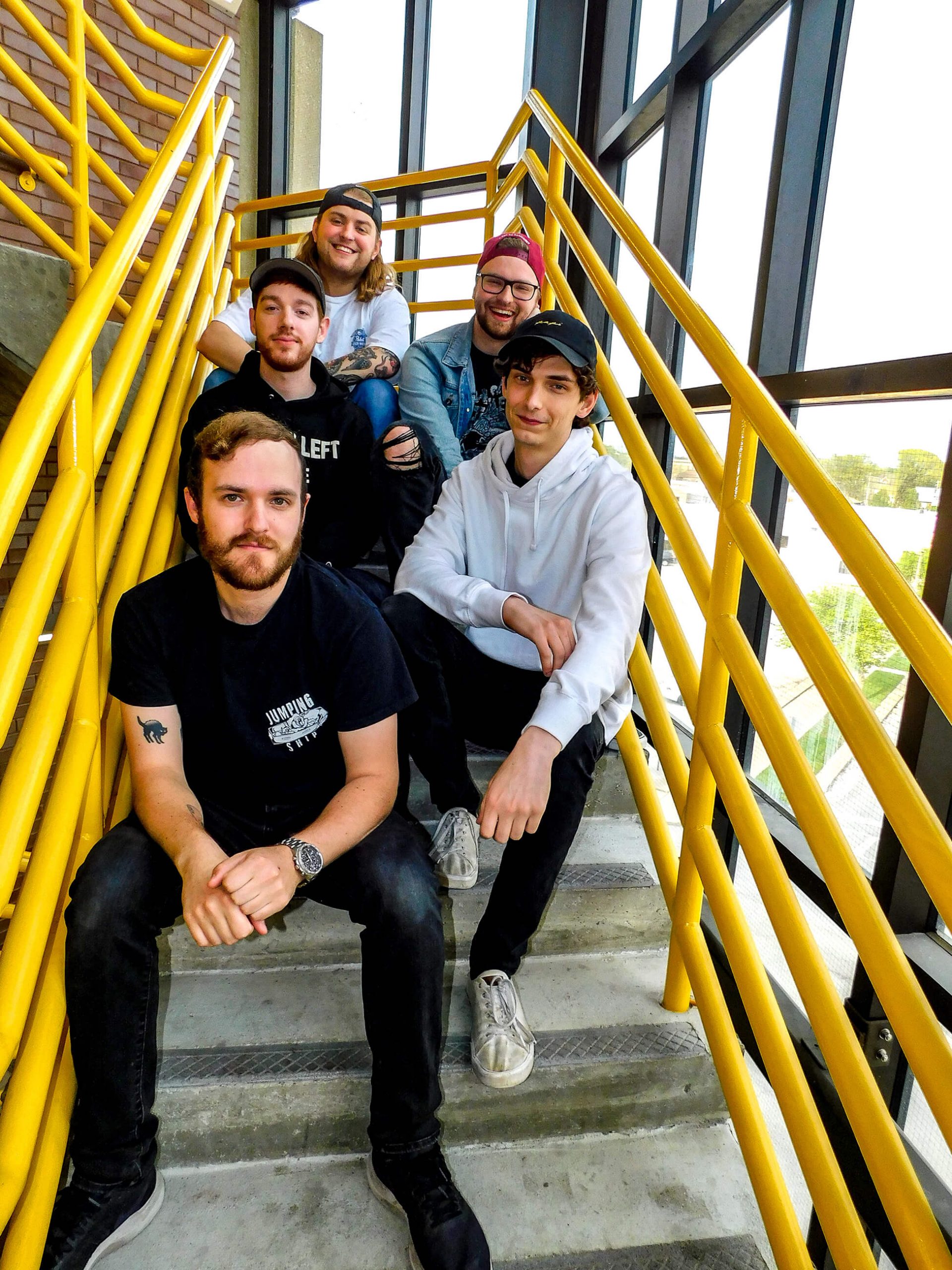 Jason Robert (Vocals): My first memory of music was back in elementary school. Our school had a concert and my music teacher had my friend and I sing a duet. I sang the first half and was pretty hyped about how I did until my friend sang the second half. As soon as she started, the entire audience started cheering because she brought the house down. We’re both still friends and laugh about how jealous I was whenever it gets brought up.

Brandon Cary (Drummer): The first meaningful memory I can think of in terms of music is using my own money to buy my first CD at the age of 9, which was All Killer No Filler by Sum 41. I remember then putting it on during the drive home and my dad taking it away when it got to Fat Lip because they said “Shit” and “Abortion” and then never seeing it again.

Jeff Ramsey (Rhythm Guitar): My first real memory of music was when I was in 5th grade and it was time to pick an instrument for school. I remember I really wanted to play trumpet but I was so bad at it they made me play trombone instead.

Patrick Keefe (Lead Guitar): I can’t pinpoint the first memory of music; one thing I remember vividly is listening to Green Day’s “dookie” with my dad. He would always turn down any part that had swearing, but we would jam out with every other part of the songs.

Drew Johnston (Bass): My first experience with music was learning piano and cello growing up and I hated practicing because the songs were boring. Then I got my first CD which was Fall Out Boy’s Infinity on High and I picked up bass guitar to learn their songs. I’ve been playing bass ever since then.

Aw man, there are so many bands that we’d be so psyched to play with. The Wonder Years are always the first that comes to mind, Hot Mulligan, Arms Length, Wilmette, we’re all huge suckers for A Day To Remember. Due to the timing of the pandemic and everything, there are also so many great Illinois-based artists that we used to play with in our old band that we haven’t had a chance to play with yet as Jumping Ship. Bands like City Mouth, Pretty Pleased, Parachute Day, Jeff Schaller & The Long Way Home, Portals, etc. We’ve also become homies with Aim High during the pandemic era and really hope we can set something up with them soon.

LOL, so our darkest secret is that Jumping Ship actually hasn’t played a show yet. When we first started the band, we had made the decision that we wanted to have our first release under our belt before we started playing shows so that we could have a Spotify to direct people to if they liked our music. Our old band spent almost 2 years playing shows before we put out anything and it felt like a lot of momentum that didn’t really go anywhere, so we didn’t want to fall into that again. Unfortunately, that turned into us releasing our first EP literal weeks before the world shut down. As the world is starting to go back to normal right around the release of our second EP, we are getting show-ready and are aiming to start getting out there in 2022.

But that doesn’t really answer the question at all so the bonus answer is in our old band, we did this bit where right before the big ending breakdown to our set, we’d all eat Habanero peppers and would see if we could make it all the way through the ending.

You recently released Good Grief. What were some of the most fun and also most challenging aspects of recording the EP?

Easily the biggest challenge was how it was written compared to our first EP, Happy (Enough). Our first EP was written with all of us in either Drew’s basement or at Patrick’s place; putting ideas together, workshopping parts, experimenting with tones, you know, like a band. Good Grief was written completely differently. Writing it throughout the pandemic as well as moves from literally all 5 of us, we weren’t able to do that this time around. Instead, we were taking a demo and basically just passing it around, adding and editing parts as we went. Our Rhythm Guitarist, Jeff Ramsey, deserves a ton of credit because he’s been consistently great at being the first step of almost all of these songs. But basically, it was just a constant circle of Jeff and Brandon passing demos back and forth to get the general guitar, drums, and lyrics figured out, and then all of us fleshing it out up until we got to the studio. It for sure had some drawbacks, but it also probably was a big reason why Good Grief came out to be what we believe is a very full and well-thought-out EP. The way it was pieced together one idea at a time really gave us the chance to think critically about everything going into each song. It felt like a lot of conversations about pacing, structure, tone, and meaning came out of the writing of these 6 songs. We have a lot of love for our first EP, but it’d be a lie if we said there wasn’t some stuff on there that was just there because we thought it sounded cool (see the ending of Cost to Coast, for example.)

Jason: No Pineapple on pizza for me, hahaha

Jeff: Not a fan of pineapple on pizza 👎

Patrick: I love a good Hawaiian pizza. However, I recently had one with BBQ sauce and that was trash.

Brandon: Hmmmm, no thanks!

Rising to the challenge, Jumping Ship have put together an electrifying collection of songs that best encapsulates the artists and music that inspire them as a band. 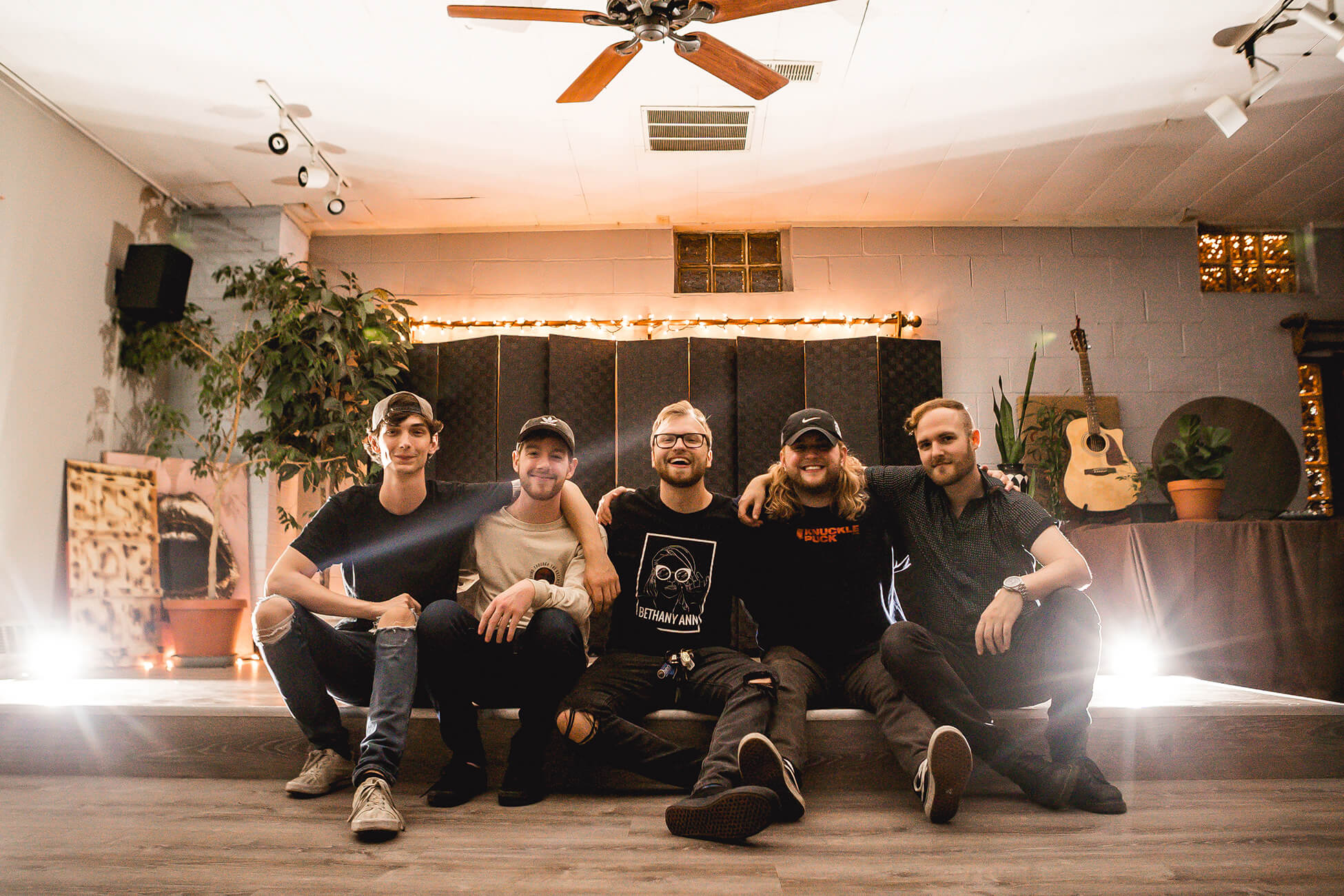 ← There's a new Wage War single, have you listened yet? The Amity Affliction release powerful new track, 'Like Love' →