For Fans Of: The Bouncing Souls / MxPx / Alkaline Trio

Guardrail have been compared to The Bouncing Souls, Blink 182, Fenix TX and more, but good company aside, this Chicago punk rock band are dishing up fun and infectious songs that demand the volume turned up to eleven. This sound is again showcased on their latest EP, YIKES, and the band are in to chat about the recording process, crazy stories from the road and why pineapple shouldn’t be the controversial topping on pizza. 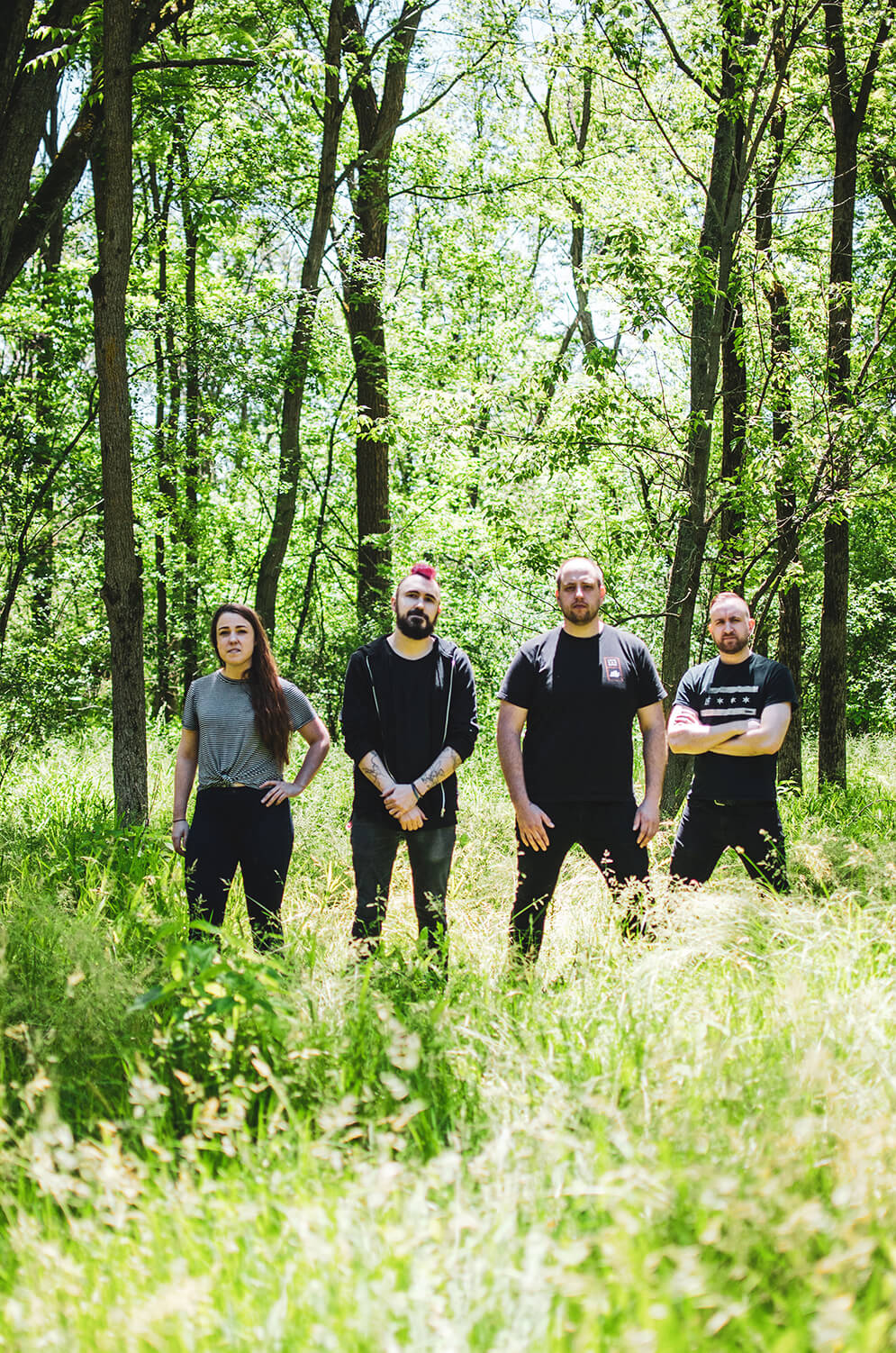 Kevin: Guardrail has existed since 2014, but this current lineup of Ken Ugel (guitar), Alyssa Laessig (bass/vocals), Doug Brand (drums) and me (Kevin Andrew, vocals) has been going strong since 2018. When we were trying to name this band, the song “Guardrail” by Bayside came on my iPod and I thought that was a neat word. Brought it to the band and we rolled with it. This year we signed to Open Your Ears Records and released our new EP Yikes with them on 9/25.

Going way back to the beginning, can you recall your very first memory of music?

Kevin: It was probably Disney movies. Pretty sure the first CD I ever owned was the Lion King soundtrack.

Doug: Listening to Q101 and a lot of 90s alternative with my mom. She would quiz me to see if I would remember the names of the bands/songs.

Ken: My parents always had music playing when I was a kid, whether it was my dad playing classic rock like Led Zeppelin or my mom playing 80s pop like Eurythmics.

Alyssa: I remember lots of Elton John and 80’s rock until I was old enough to become obsessed with the Spice Girls.

“Guardrail is familiar, yet fresh, on Yikes. It’s clear the musicians had a blast recording it, and it’s just as entertaining of a listen…”

Kevin: That’s a long list. I will say that The Swellers influence our band a ton, and recording our record with Nick Diener is definitely a dream collaboration that came true. I’d love to record with Bill Stevenson. Some bands I’d love us to tour with would be MxPx, Masked Intruder, Bayside, Bad Cop / Bad Cop, Less Than Jake, Bowling For Soup, Stand Atlantic, New Found Glory, I could go on for ages.

Kevin: I think my favorite story to tell is the time we got an offer to play a show with WSTR and PVMNTS. We took the show even though Ken was out of town; I’d just play guitar in his place. Then Doug had a family obligation come up so we got a fill-in drummer. Then that drummer had to bail the week of the gig. We scrambled to find someone, and we ended up hiring Alyssa’s friend Greg, a jazz/session drummer. He learned our songs in 2 days, we met with him the morning of the show and ran through the set. Our live second guitarist Xack’s truck happened to break down the night before, so we called an Uber XL to haul us and our gear to the venue. Not to mention we were also borrowing a bass rig as ours was having issues. Despite the shitshow, we ended up having one of the funnest, coolest shows we’ve ever played. The touring bands were all super rad people, and we made a bunch of new fans.

Doug: It’s a tie between playing with The Ataris because it was unreal and the crowd was insane; and Feels Fest 2019, because we did a bunch of 00s emo and pop punk covers every single person sang with us through the entire set. We also did a “Felt emo, might delete later” type promo vid for it, and that was the most fun we had promoting a show.

Ken: Both of our EP releases were highlights for me. It was a great feeling being able to pack a room and was hoping to pull it off again for Yikes, but COVID had to be a party pooper.

Alyssa: We played a show last February at Bos Meadery in Madison, WI with The Bottles, Wilted, and The Brash Menagerie. It was our first out-of-state show and I can’t imagine a warmer welcome. If you’ve never had mead, you should go try it – it’s great. The Bottles ended the night and they had every person on the floor dancing their butts off drinking mead, and by the end of everyone felt like family. We ended up heading to a local ska show with everyone afterwards, at like midnight haha. So fun! 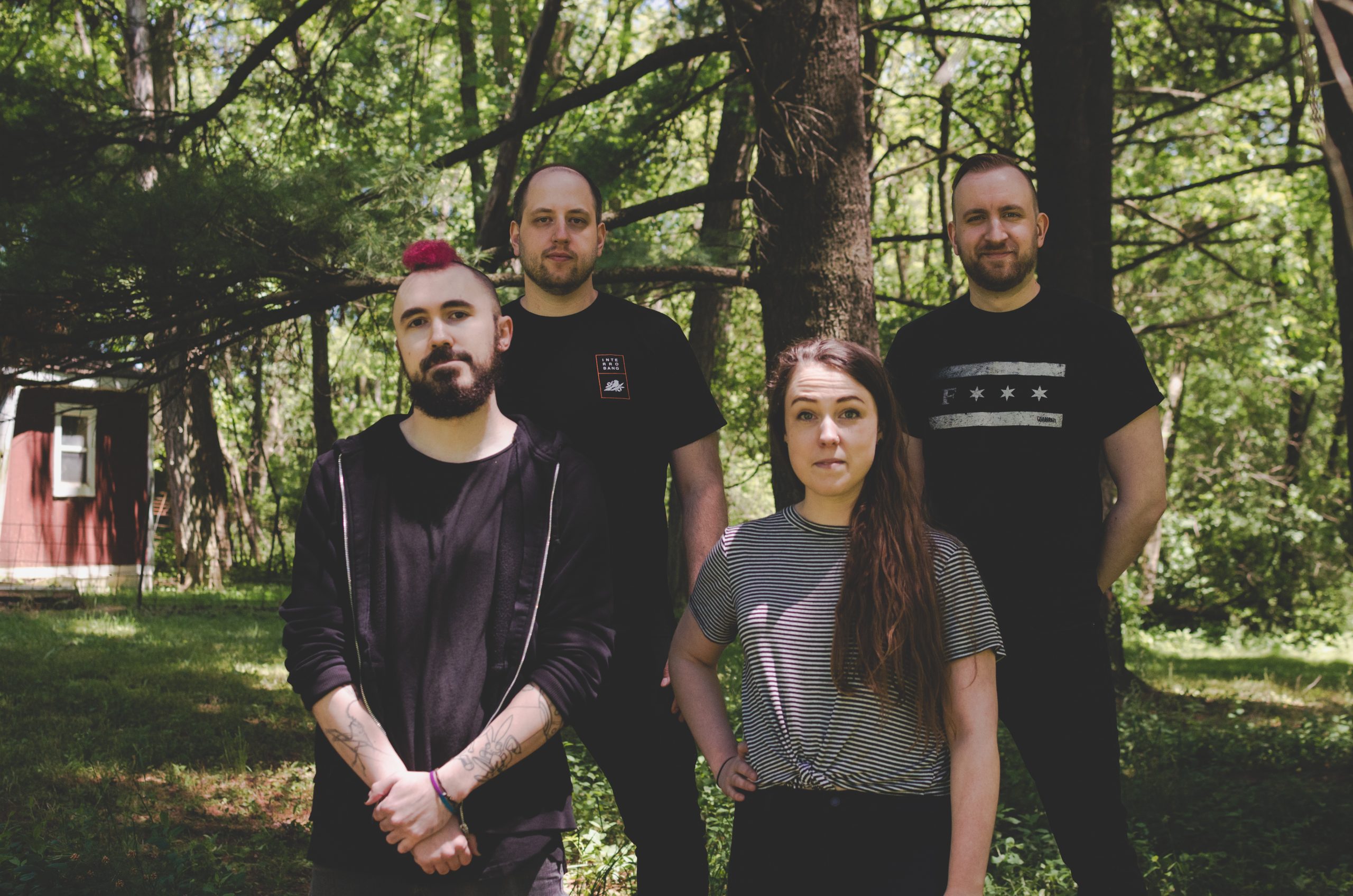 You’ve just put out your latest EP, Yikes (congrats!). What were some of the most fun and most challenging parts of recording it?

Kevin: We rented an Airbnb near the studio and lived together there for a week. We’d go to the studio from 9-5 everyday, then go back to the house and work on writing, grill up food, watch Big Mouth, and just hang out. It was definitely a really fun time and I can’t wait to do that again when we record our next record. The one challenging part for me was that when we arrived, 2 songs didn’t have lyrics written yet and another one wasn’t finished lyrically. I wanted to be able to get myself in a properly-focused mindset and really exercise my writing. Typically when we’re recording everything is already done being written, I’ve never had a deadline like that before.

Doug: Definitely renting an Airbnb and just dedicating a whole week to putting our full focus into making the EP as great as we could.

Ken: The week of Airbnb hanging with these 3 and recording with Nick Diener was one of best experiences I’ve ever had. It definitely brought us together even more as a band, friends, and songwriters.

Alyssa: Nick is such a great personality to record with – pure encouragement, without judgement. That was a great environment to record in. I think the popcorn machine also helped.

Kevin: I love pineapple on pizza. If people are gonna be nasty and put anchovies on pizza, I don’t know why pineapple is the controversial topping.

Alyssa: It’s like dunking your pizza in pineapple juice – absolutely not.

Ken: That’s a risk I’d be willing to take.

Rising to the challenge, Guardrail have put together an electrifying collection of songs that best encapsulates the artists and music that inspire them as a band. 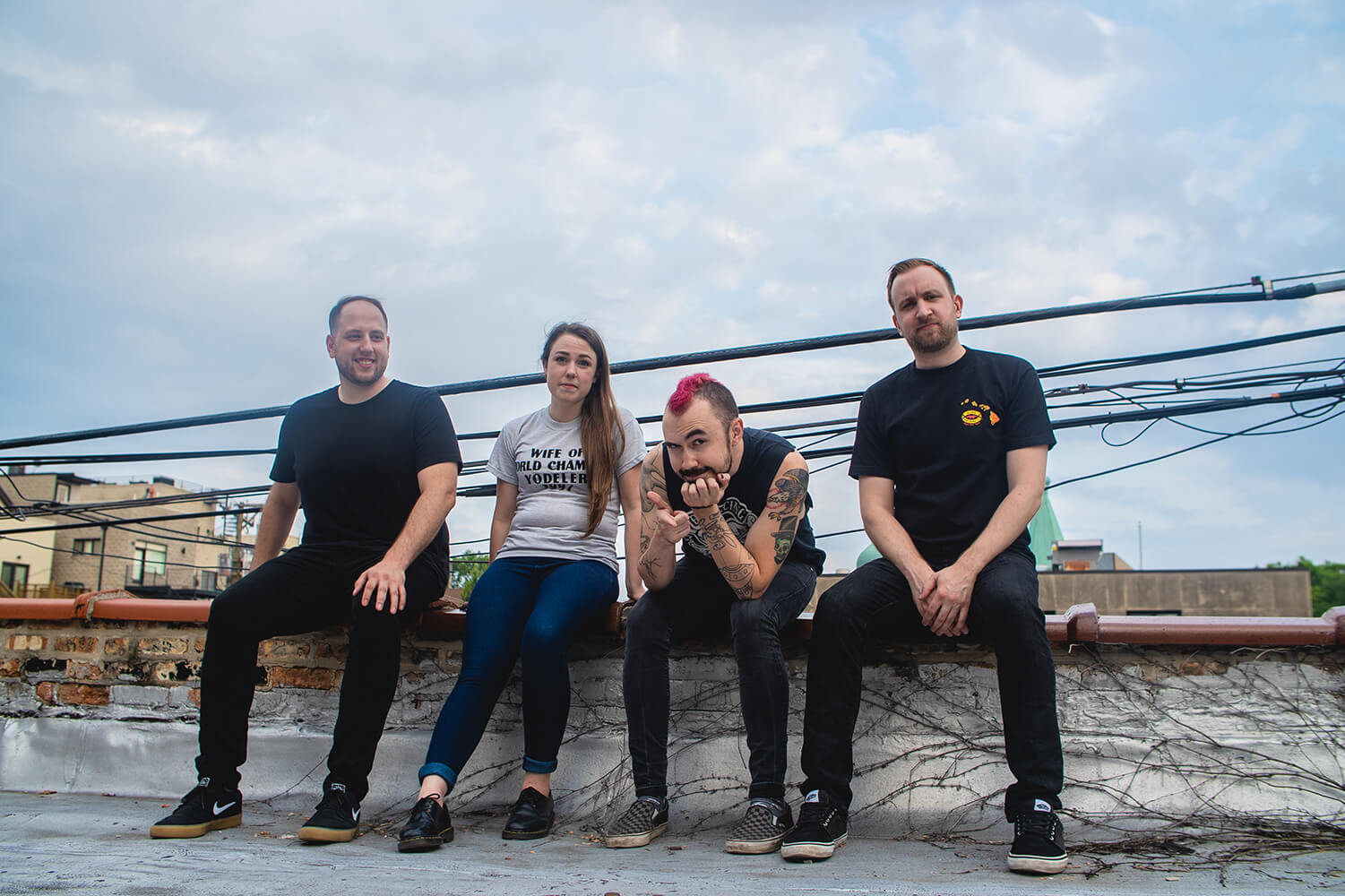