Named as one of Alt Press’ ‘10 Rising Artists From Germany To Keep On Your Radar’, Elm Tree Circle have certainly chiseled out a spot in the scene for themselves. With a new album on the horizon this summer, the band chat to us about their earliest memory of music, touring with Boston Manor and the mythical gig goer they got their mantra from. 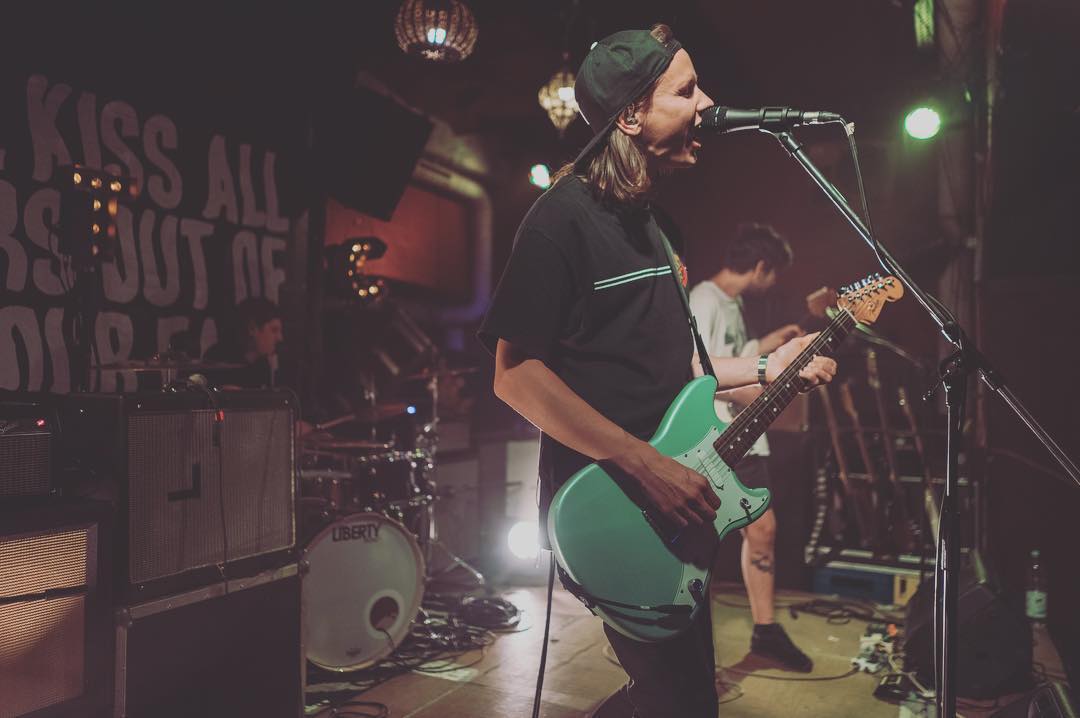 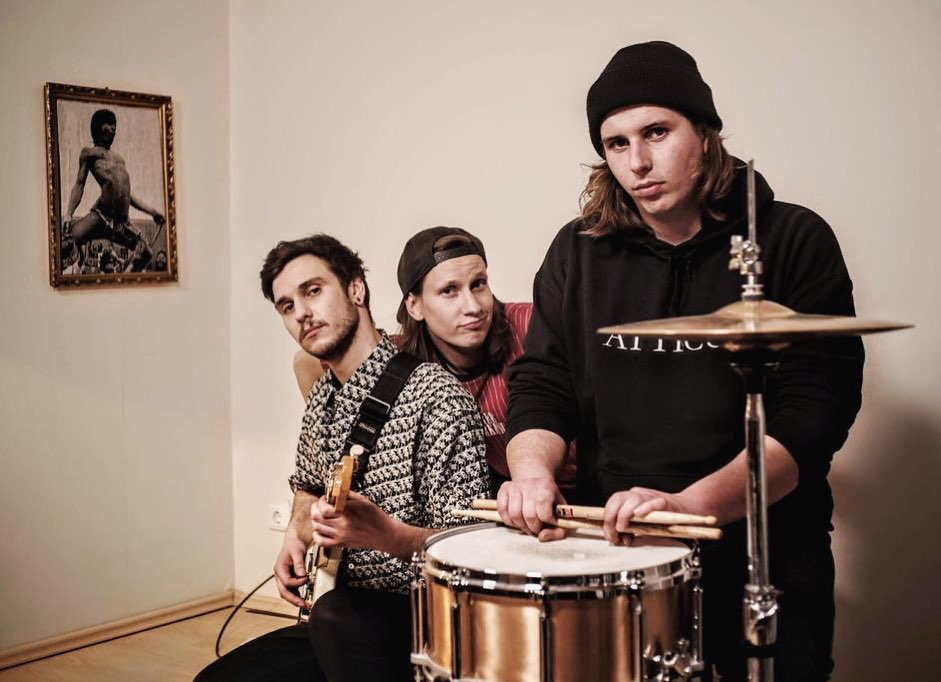 Elm Tree Circle started as a singer-songwriter project that Nic named after a street in Texas he lived on as a teenager. It was in desperate need to become a band though, so in 2016 we finally agreed to be an actual band after playing a few shows together. Back then our friends in Rivershores or Earl Grey would sometimes fill in, but that just didn’t work out for long. With Jojo on drums and Henne on guitar we finally developed our own sound; skate, punk and heartbreaks – this is what comes to mind when listening to us. We play music that makes you feel warm and fuzzy inside. Inspired by 90s and early 2000s punk rock as well as some of the modern pop punk bands like Pup or Tiny Moving Parts.

What is your very first memory of music?

Nic: It’s the mid 90s and I’m at my friends house. His parents weren’t always home so we would go through their vinyl and CD collection and blast it on their really nice stereo in the big living room. We danced our asses off to bands like Europe, Deep Purple and The Beatles. My parents didn’t have a CD player back then so that was where I got to go crazy. We both knew that we had to start a band, which we did 10 years later.

Jo: Definitely different kinds of music, but I think earliest memories were Bon Jovi, Queen and Blink. Probably at the age of four, in front of my parents hifi with an acoustic guitar, just shredding to Bon Jovi without knowing one note. My Dad also listened to Queen all day long and our neighbours brought copies of Blink – that was the point in my life I knew I wanted this too.

Henne: It‘s probably not my earliest memory but my most memorable one. I was like nine years old sitting in front of the TV watching MTV when Duality from Slipknot came on. I was immediately blown away by the aggression, power and feeling of this super crazy music I‘ve never heard of til that day. That was probably the most influencing situation in my child years for me and I guess without that I woulnd‘t have started playing guitar.

Is there a band or artist that you’d love to collaborate with and/or open for on tour?

Nic: Obviously some legends like Paul McCartney, The Cure or even Blink-182 would be on that list. But I’m not entirely sure if we could even contribute anything worthwhile for them or their fans. A more imaginable collaboration would probably be bands from our universe that we really admire. It would be unreal to work with bands like Violent Soho or The Menzigers and probably loads of fun to tour with Wavves or FIDLAR.

Jo: We loved every single band we were on tour with. The latest one with Everything in Boxes was so awesome. We all love the Cure, it would be incredible if we could open a show for them, but sharing the stage with bands like Boston Manor, Such Gold or Pears was awesome too.

The best thing about touring are the great and sometimes weird memories you take home. This one time in Koblenz we had a guy in the crowd who stood out a couple times that night because he would walk up to people and say very random things in a very cheerful way. He just walked up to us and said “crazy is the one who does crazy things”. He sounded a little bit disturbed but mindblowingly poetic at the same time. However, ever since then that line became our mantra on tour. Turned out that the guy is notorious in his town and an avid show visitor. When we opened up for Boston Manor a year later in a different venue in Koblenz everyone knew who we were talking about. It’s clearly the little things that make us happy.

Jo: Oh, lots of crazy things happened. Some guy surfed on cars in the UK, others were covered in toilet paper on the Reeperbahn in Hamburg. We have so much fun on tour and definitely check out every karaoke bar we can find.

Can you tell us a bit more about when NoFOMO is likely to be released?

NO FOMO will be released this summer. You can expect another single on the interwebs before you’ll find the vinyl in your mail.

Nic: What’s the argument? Pineapple belongs on pizza just like pizza belongs in my mouth at any time of day. That’s like arguing global warming, like when was there ever a debate? Ahhh I’m getting all fired up right now… those pineapple on pizza deniers are the worst.

Jo:  The question that splits the band! Nic loves to try new things on his pizza. Sometimes he goes for pineapple with barbecue sauce. Henne and Jo are traditional guys and keep it simple but definitely without pineapple. There isn’t a right or wrong, do what you love and do not let people hate your opinion.

Rising to the challenge, Elm Tree Circle have put together an electrifying collection of songs that best encapsulates the artists and music that inspire them as a band. 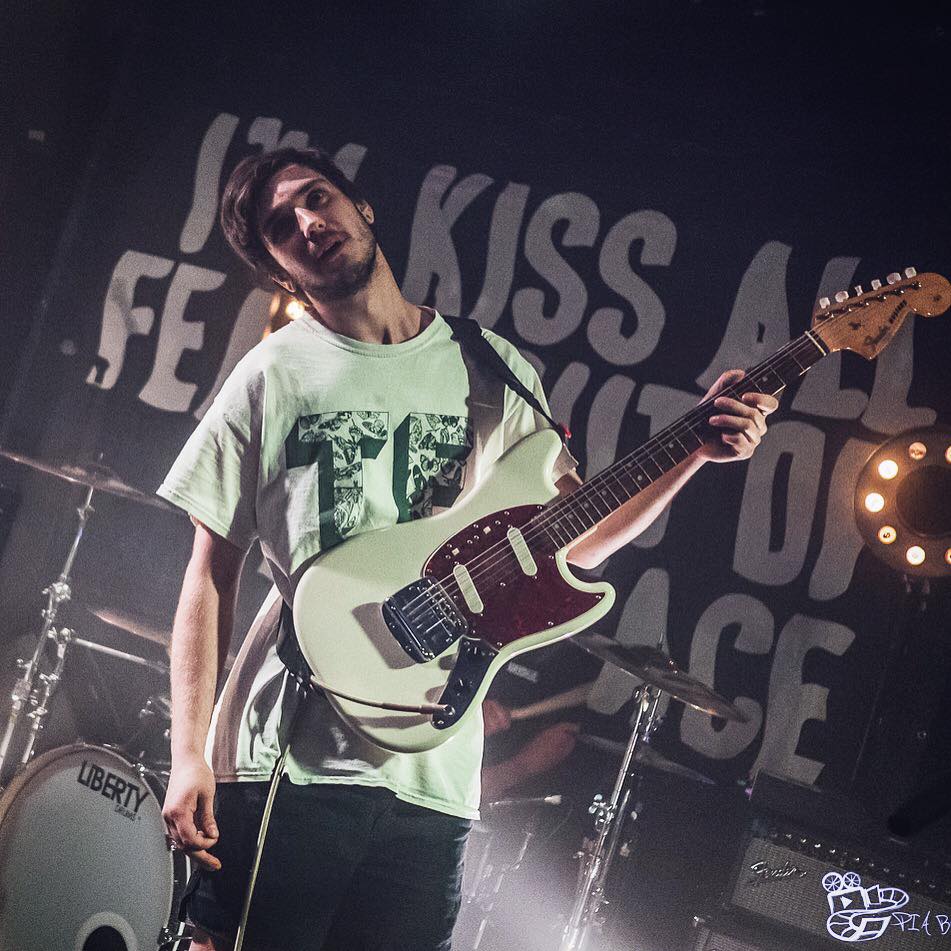