When Metallica’s Lars Ulrich likes your band, you might not need another reason to feel like you’ve already won at the music thing, but that doesn’t stop Chapter and Verse from pushing harder. Having already toured with Emarosa, Hellions and Courage My Love with massive support from Radio 1, we chat to Chapter and Verse as they continue their rise. 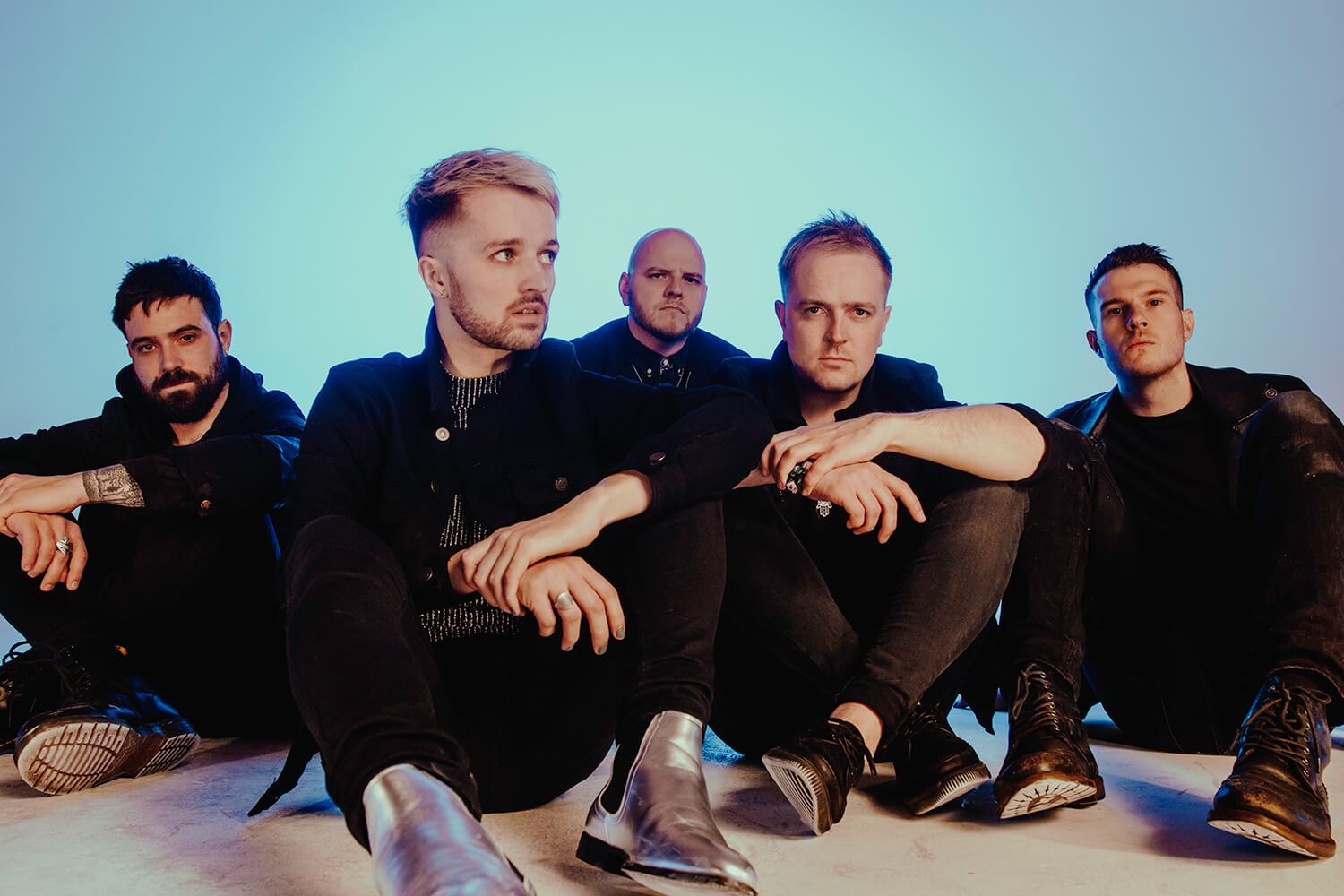 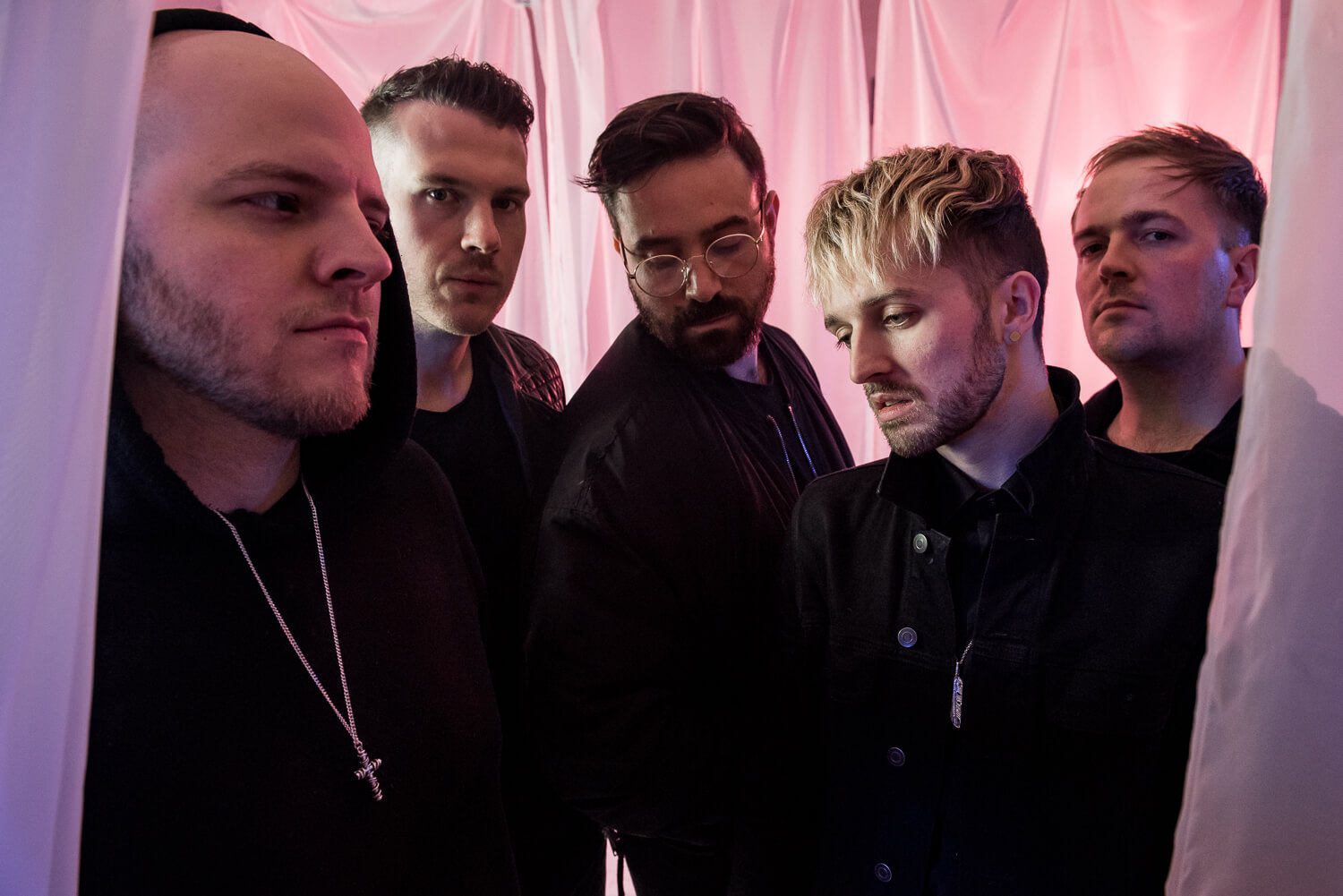 Tell us a little about the band – how long you’ve been going for?

We’re five guys from London who actually live in different parts of the UK now, but we mainly originated and operate out of London. We’ve been going for just under four years and recently released our third EP, Love & Error. We’ve spent the past few years cutting our teeth and figuring out exactly what the band sounds like and what we were looking to achieve and now feel like we’re on the right track. Love & Error represents a bit of a change from anything we’ve done before, but it’s definitely a nod in the direction the band is going, which is much more cohesive and better thought out. It’s a precursor of lots of fun things to come.

Now that we’ve touched on the EP, we wanted to ask about the recording experience. Were there any challenges and what was the most fun thing about it?

When you’re paying for a space or producer, you’re sometimes very aware that you have a specific amount of time to get a specific thing done, so that can be stressful. With Love & Error, it was much more relaxed and it was the first record where, previous to going into studio, we had done a lot of pre-production from home. I did a lot of demoing and recording of lots of various different things from my flat, so when we went in to record, we did it all off the back of some really detailed and coherent demos and it was more a case of reconstructing what we did at home and fine-tuning the details. Obviously Neil Kennedy – the producer – also gets to input at that point with any thoughts and suggestions. I think sometimes, the hardest thing about the studio, is keeping yourself sane when you’re there for weeks on the trot. Where we recorded was beautiful but really in the middle of nowhere, there wasn’t much around. So when you’re staying there for weeks without seeing anyone, you really need to keep your brain in gear, because you’re working so hard during the day and that’s exhausting, but then finding ways to make sure you’re not going stir crazy is sometimes challenging. We loved being there and working with Neil – it was such a great experience and I think we got the best sound that we’ve ever achieved along with what I feel to be some of the most coherent pieces of writing we’ve ever done, so it was a really fun experience.

“Chapter And Verse are without question one of the UK’s most exciting upcoming bands – sleep on this at your peril.”

Let’s go back in time a little to your first memory of music.

My literal first memory would be of the music my parents were listening to; a lot of pop music and commercial stuff like Duran Duran, Robbie Williams, The Beatles, Queen and my dad liked a bit of Iron Maiden here and there, but they were all huge artists. So when I was young, my taste was very much formed by what they were listening to, but my first memory of music that changed me was when I went to my Aunties, who lived in Cornwall, when I was about eleven. She had a CD collection and I used to love looking at the covers. I pulled out the Slipknot album and I had no idea what it was and thought ‘what the hell is this with loads of guys in masks’. I asked her about it – she was into Red Hot Chilli Peppers and stuff like that – and she was like,  ‘it’s a heavy metal band, you can keep it if you want’. So on the way home in the car, I borrowed my dad’s CD player and sat in the back of the car listening to it – it was completely mental, it changed my world. I didn’t understand what it was or why it sounded the way it did, nor do I think I actually liked it, but I was fascinated by it. I was so young, I’d never heard anything like it before, so when I got older, I think the shock factor of that album stayed with me and it led me down a path where I wanted to find music that made me feel like that. That was my first memory of proper rock music.

I remember feeling that way with Three Cheers for Sweet Revenge – it’s not exactly a metal album, but I was so challenged by it and I knew that’s what I wanted from music for the rest of my life.

I definitely think there was something about it. Like I said, I don’t know if I liked it, but I definitely thought it was a bit naughty. I couldn’t understand a word they were saying, I didn’t get that the lyrics were so aggressive or filled with expletives, I didn’t really recognise that, I just knew it was something I probably shouldn’t be listening to.

Is there anyone you’d want to go on tour with or collaborate with?

Collaboration is such an important thing and it’s something that doesn’t happen as often in the rock world as I think it should. So there is definitely an endless list of artists I would love to collaborate with. From the artists that are stylistically more like us, I’d love to collaborate with PVRIS, Enter Shikari, Bring Me The Horizon. Outside of it, I’d pay huge amounts of money to get into a recording room with Kendrick Lamar – I think it’ll be the most fun experience ever, or Anderson. Paak. I love a lot of pop music and hip hop soul stuff, so even though it’s nothing like what we do, he’s an absolute creative force. More realistically for touring, bands like PVRIS, Issues – I love listening to and watching bands who are innovative and try to push something new or out of the box. There are some bands who aren’t afraid to take huge risks and I have such a huge amount of respect for artists who have that mantra, so yeah, Issues, PVRIS, Bring Me The Horizon, Enter Shikari, Don Broco, but the list could go on forever.

Rising to the challenge, Chapter and Verse have put together an electrifying collection of songs that best encapsulates the artists and music that inspire them as a band. 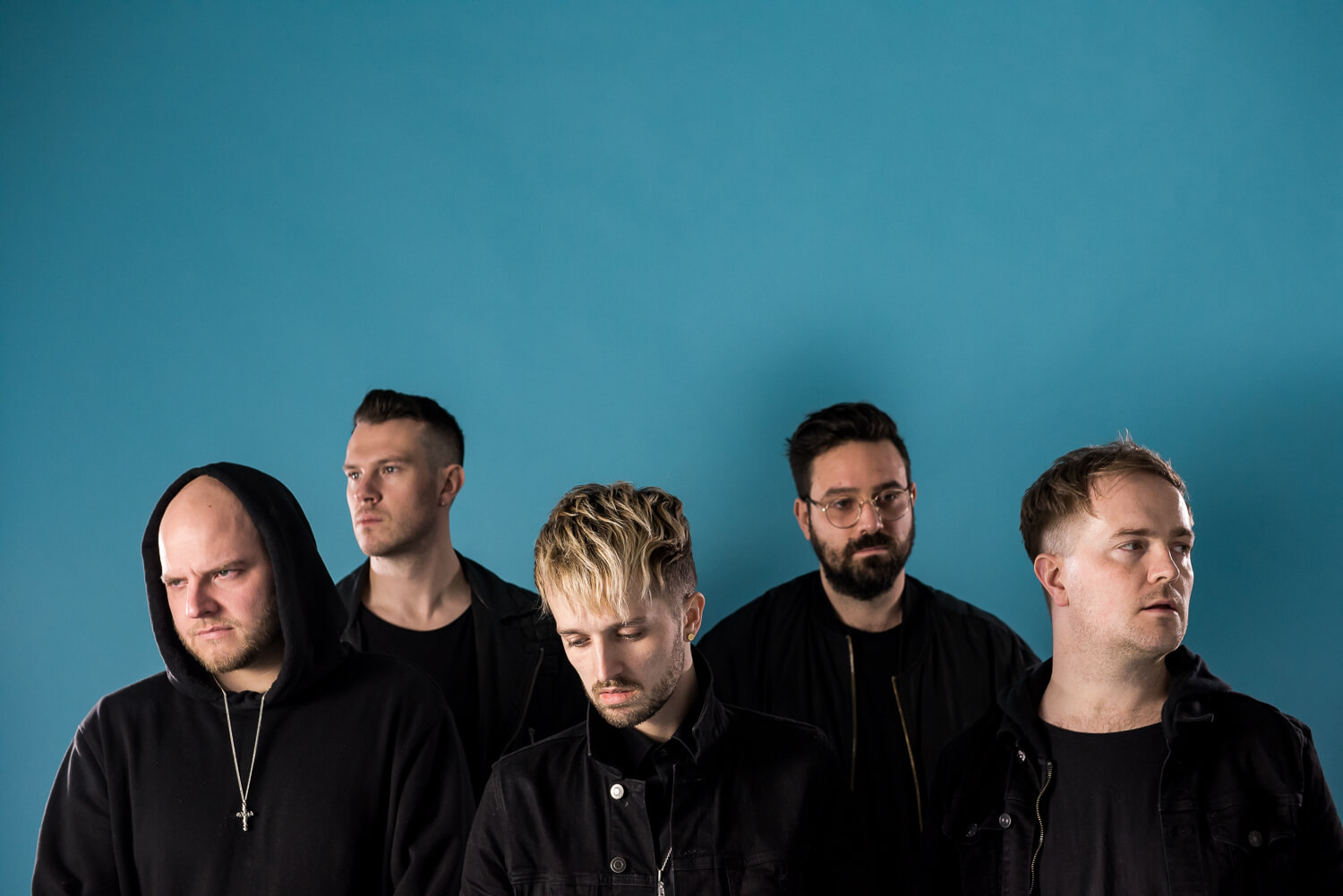