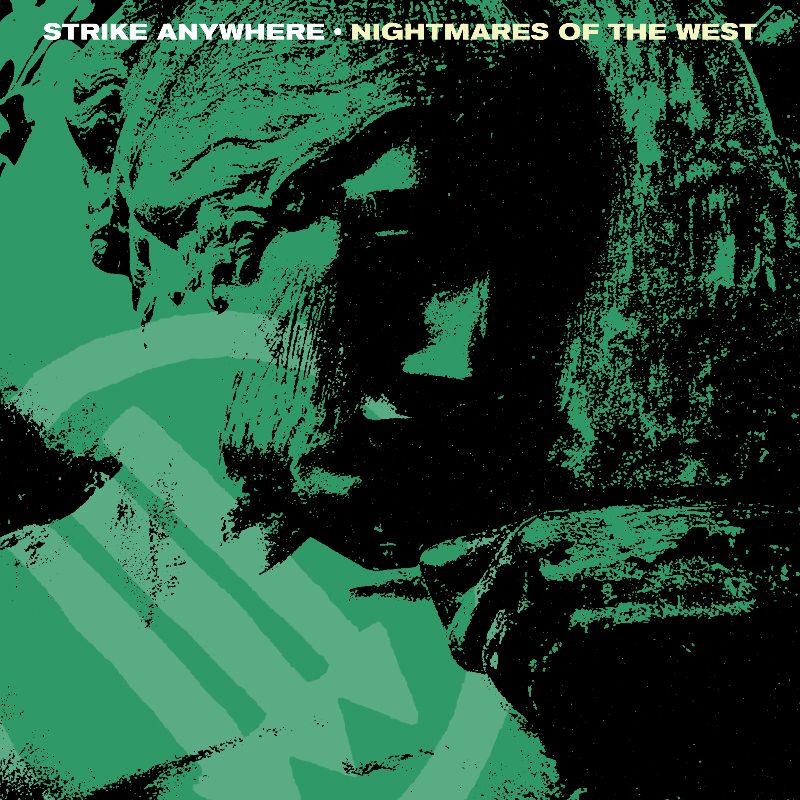 It’s been over a decade since Strike Anywhere’s released new music, but with Nightmares of the West they prove good things really are worth waiting for.

Their ideas and voice might have evolved over the years, but they’ve certainly retained that knack for creating a sound that remains uplifting despite the weight of the subject matter.  Perhaps the secret ingredient is the soaring, almost Gaslight Anthem-esque, guitar riffs or that recognisable surf rock drum beat, but it’s the type of sound that inspires you to mobilise, to fight the very things they’re addressing in these songs.

With the Black Lives Matter movement sweeping the globe as Trump’s terrorizing reign continues in America, the opposing forces of racist and anti-racist ideas have never been more evident and ‘Nightmares of the West’ speaks to that oppression, the flawed systems and the hateful ideas that trickle from it.

And though it’s easy to let that affect your life negatively, Strike Anywhere’s message is to remain strong. Nightmares of the West acts like a manifesto to that, penned in Thomas Barnett’s optimistic voice.

The growl and grit of ‘Dress The Wounds’ makes it our standout track. The structure is fantastic, creating layers as the pace switches between the driving march of the verses and rising singalong choruses.

What’s evident from the rousing introduction of ‘Documentary’ to the crescendo of ‘We Make The Road By Walking’ is the extraordinary musicianship of Strike Anywhere. They sure are back and stronger than ever.