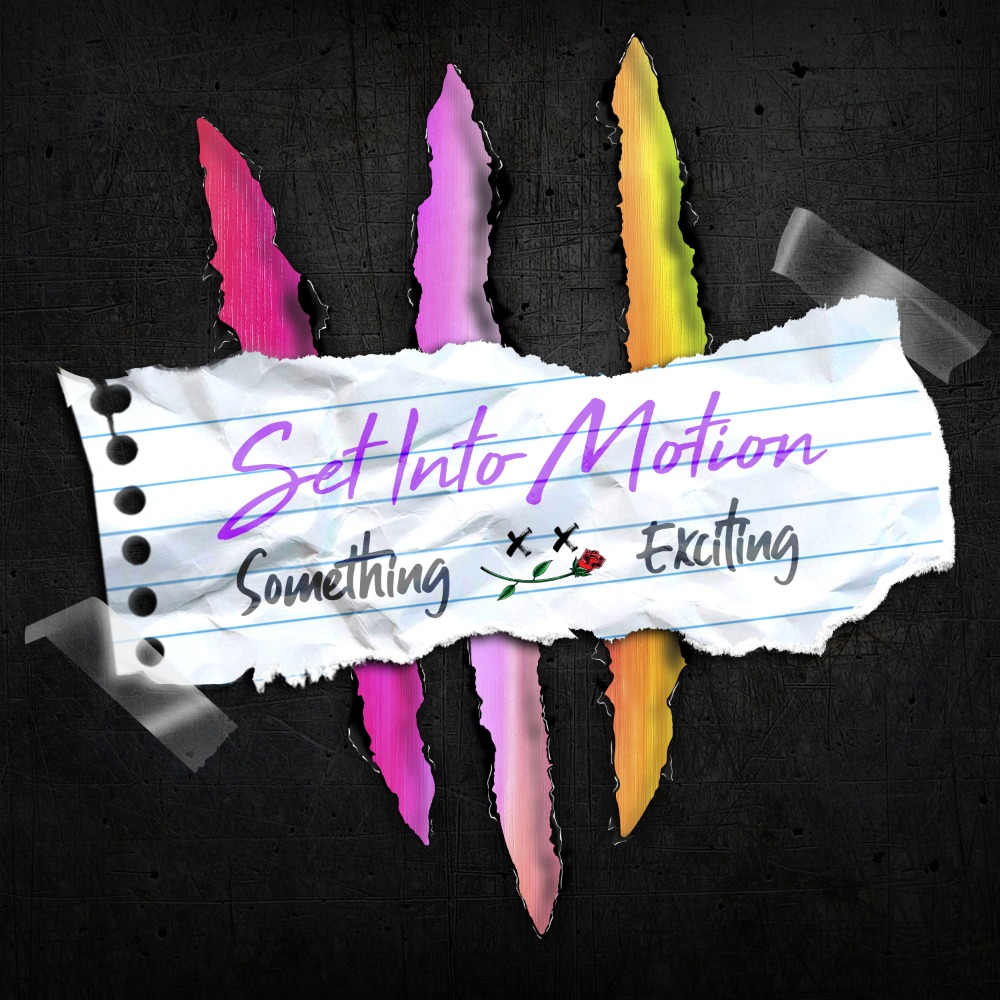 Set Into Motion have crashed onto the scene with their energetic, smile-inducing EP, Something Exciting. Their sound will most likely give you visions of bands practicing in their garages in early 00s teen movies – you know the ones – but in the best way possible. Naturally then, there’s a sense of nostalgia, but Set Into Motion add their own spin to make it sound fresh and, well… like something exciting.

Lead single ‘Only A Sith Deals In Absolutes’, not only has a great name (spot the Star Wars reference), but has vibes similar to Blink 182, early All Time Low mixed with a hint of State Champs. There’s a touch of cheekiness that goes perfectly with what the band’s trying to do without being cheesy or overdone. The air of this EP, but this track in particular is pure fun, kinda perfect for this time of year.

Something Exciting executes the pop punk formula of tackling angsty lyrics and serious issues with an upbeat sound, and turns it up to eleven. ‘My Back Hurts’ is a standout track on the EP for this very reason; the joy you get from listening to the bass-line alone blurs out any of the frustration expressed in the lyrics. This manages to create a sound that is not only great for the listener and clearly a project for the band to have fun with, but also showcases how much of an outlet this is for the band.

The EP is beautifully closed with the semi-acoustic track ‘Self Destructive’, which adds another dimension to Set Into Motion. By adding this song it not only shows range but also proves that although they can be about fun, they also have something to say.

With Something Exciting, Set Into Motion have managed to capture basement gigs, DIY demos, sneaking beers under the bleachers, skate parks in the summer and the ecstasy of making memories with friends in a single EP. Blast this one loud.