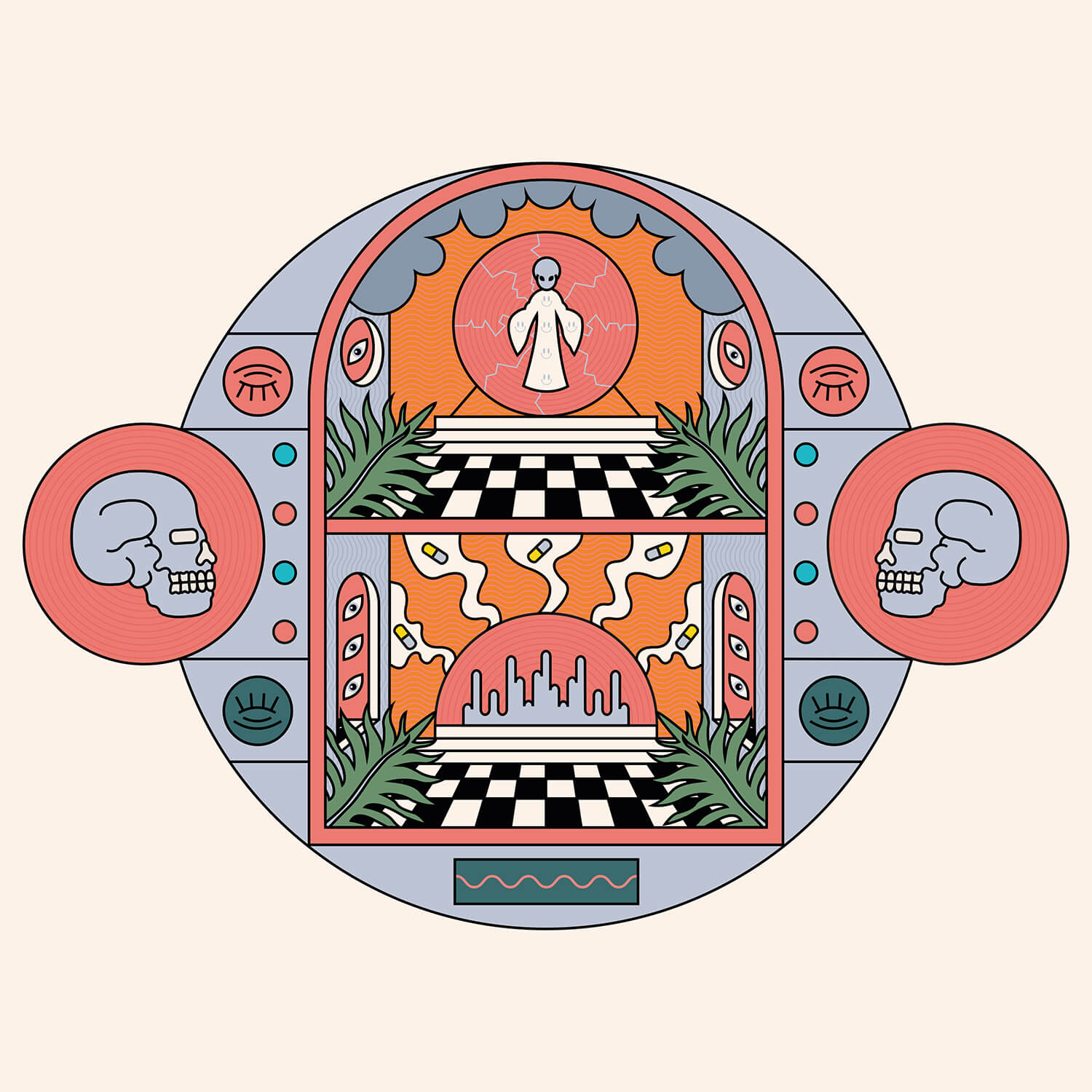 Norwich alt-outfit, Prey Drive, return with a colourful new EP, Neon God. Like their 2018 full-length, Once More With Feeling, they’re unafraid of experimentation as they weave a variety of influences throughout.

There are post-punk vocals (think Echo and the Bunnymen) in the verses of ‘O.M.G’ and moments reminiscent of Saosin or Heartwork-era The Used on the title track, but none of it feels like an obvious homage to any one thing, more of a tool to create diversity and depth.

Another constant on Neon God is solid musicianship. There are plenty of intricate riffs and considered songwriting that create the perfect backdrop to Bradley Smith’s powerful vocals. Showing great versatility, Smith clearly understands the power of his voice, of controlling the mood with visceral screams or tender, softer moments, which makes this EP pack a real punch.

Unlike Once More With Feeling, this EP feels a little more liberated of genre, instead dipping into a number of elements that change from track to track. This can, at times, make it feel a little disjointed, but it just takes Smith belting a note to tie it all back together again.

It’s also lacking the energy of Once More With Feeling, which is not to say it’s completely devoid of it, because that’s definitely not the case, but there is a definite shift. The 2018 album has pep, uplifting choruses and a sort of effervescence that you’d find in pop punk, whereas Neon God feels a little more anxious, frustrated. It makes sense when you consider the lyrical content which “reflect on self-frustration and the personal challenges of adhering with society’s expectations”.

Other than their obvious talent, there is one other thing that they did carry over from their full length and that’s the ability to create big songs. Neon God feels a little more progressive, a little more mature, as though it’s a new era of Prey Drive, but that ability to hook and burrow remains.