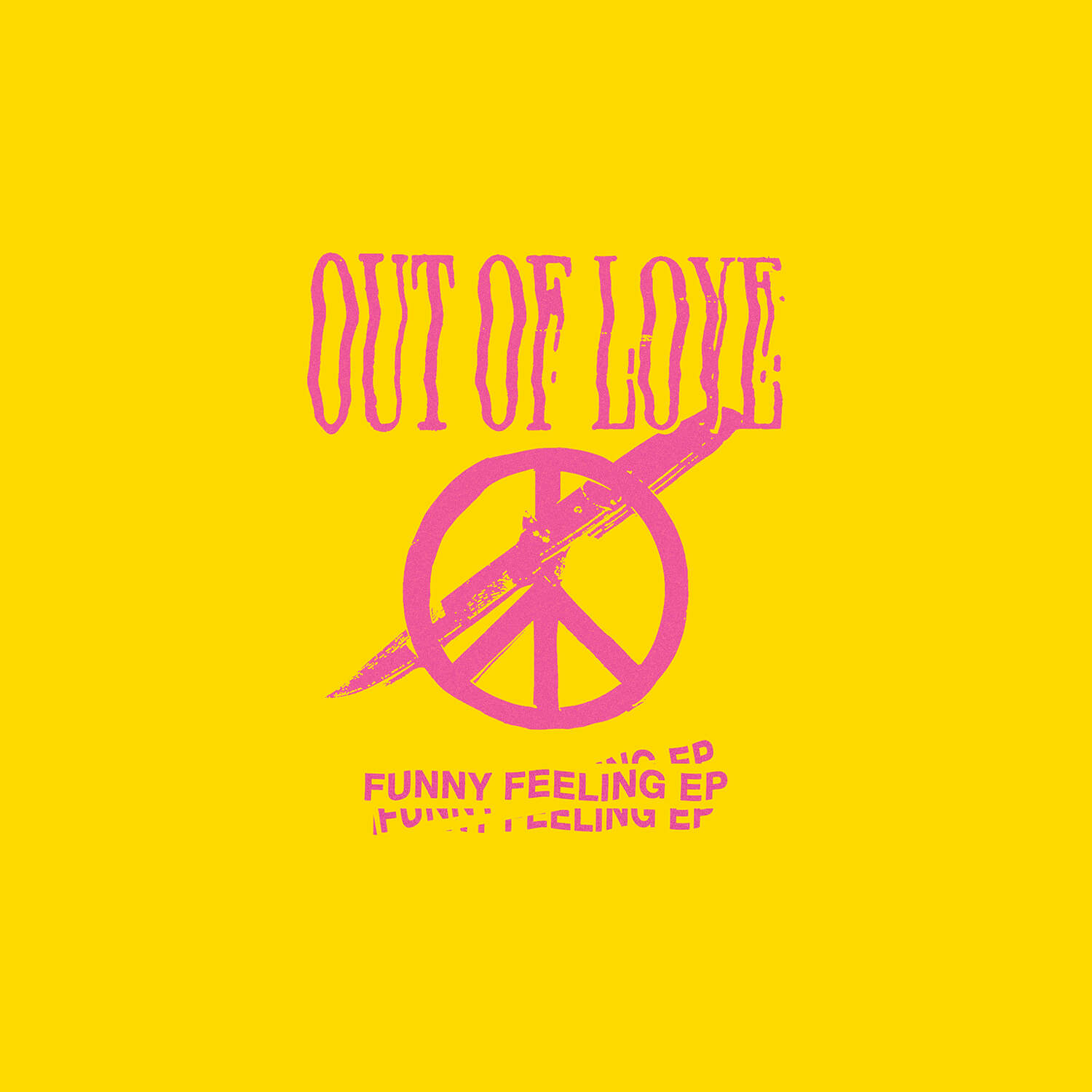 Out Of Love’s Funny Feeling bristles with energy. Despite the short runtimes of the EP’s five songs, (‘Wishlist’ and ‘Dog Daze’ run for less than four minutes combined), Funny Feeling is loud and raucous, with commanding lyrics and an infectious charm that will get under the skin of most punk rock fans.

With plenty of attitude and faster tempos, this EP feels like a progression from their debut, I Am Not Me, released last year, but despite that Out Of Love remain loyal to the core sound that attracted the attention of stations like BBC Radio 1 and Kerrang! Radio in the first place.

Thematically, the majority of Funny Feeling is a personal exploration into the band’s march through life and self-identity. For vocalist Jack Rogers, this EP has served as an outlet for his mental health struggles and paints the picture – most evident on ‘Hello Trouble’ – of how it in turns affects the relationships in his life.

Funny Feeling expertly balances the London quintet’s most candid moments with perhaps their warmest track to date, ‘Dog Daze’. Bursting with honest, heartfelt humour, the song, as the title implies, details the unconditional connection between dog and man. It’s certainly not something we were expecting, which is what makes ‘Dog Daze’ so infectious and unforgettable, especially when it leads with the lyrics, “I want to be your pet, make you smile when you are down, I want to be the one who gets to sleep upon the couch”.

Funny Feeling is an empowering effort from a band who can simultaneously reflect on their past while looking to the future with equal measure. As for a standout track, particularly on an EP so refined, it’s a tricky one to call. However, simply on the basis of its light-hearted humour and candid honesty, the winner would have to be ‘Dog Daze’.