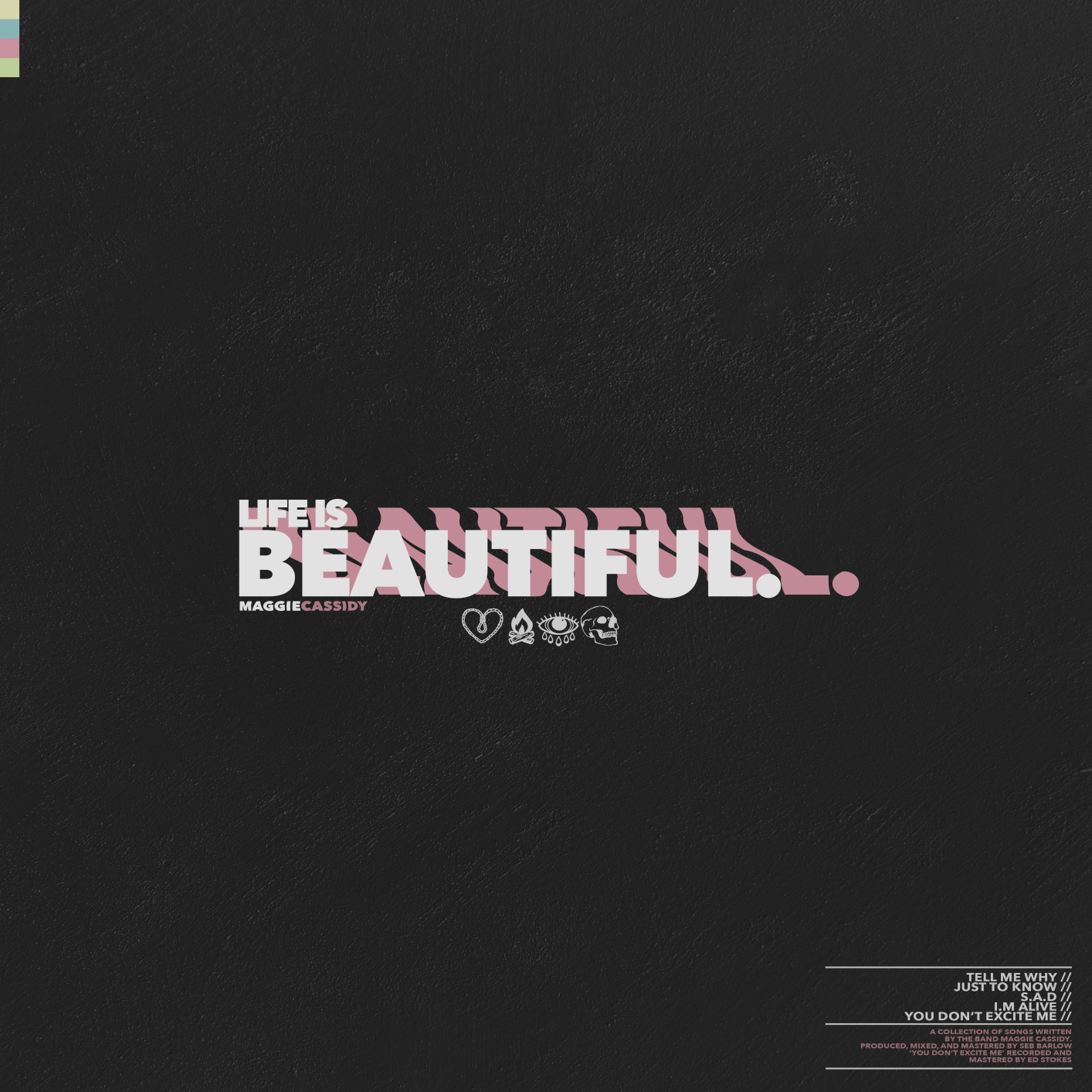 When Maggie Cassidy announced news of their debut EP, with single ‘S.A.D’ being the only clue as to what it might sound like, we expected something along the lines of Panic! At The Disco’s ‘A Fever You Can’t Sweat Out’ mixed in with Lower Than Atlantis.

Although it’s a little less Panic! and a little more Don Broco, fans of alternative pop rock might just find themselves swooning over the Surrey fieve piece and this five-track EP. Although it’s not reinventing the wheel in any way, it definitely ticks the boxes. It’s a catchy collection brimming with energy and bouncy melodies that will translate really well into live performances.

As much as we love the liveliness of the first four songs, it’s actually their fifth and final that’s our standout track. It slows things down considerably – which is a nice change of pace after the first four songs maintain a similar tempo – and showcases the range and warm tones of Jamie Coupe’s voice. It’s stripped back, but Coupe’s vocals really don’t need all that much more than an acoustic guitar to make this song soar.

There’s no doubt Maggie Cassidy have already found their feet with their sound and know what space they want to occupy within the music industry; Life Is Beautiful. is a cohesive representation of that and now that they’ve taken that first step, we’re excited to see their next.