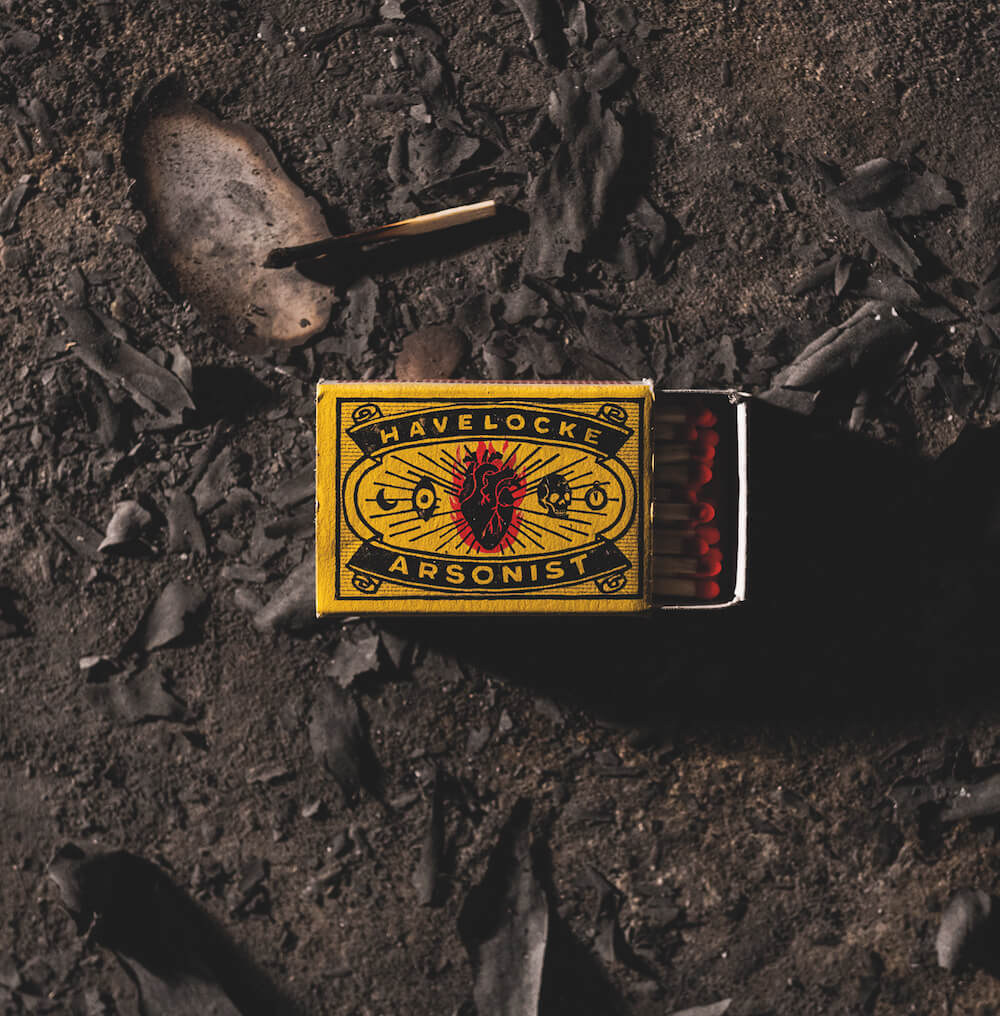 We often talk about what is recognised as somewhat of a golden era in post-hardcore and punk rock/emo, the mid 2000s. You saw bands like My Chemical Romance, Panic and Hawthorne Heights make serious waves across the pond whilst Funeral For A Friend, Bullet For My Valentine and The Blackout spearheaded things here. Apart from the music – because we can all admit that side of it was phenomenal – what made it special was the tangibility of that emotional outpour – the drama that escalated everything to a whole other level.

There have of course been bands since who kept that sort of horror punk theatricality alive. My Passion, Fearless Vampire Killers and Creeper all come to mind and with their latest EP, Arsonist, Havelocke prove themselves flag bearers as well. Not to say they rely on drama to bolster themselves, because they have technical skill and talent in spades. And in reality it isn’t necessarily even down to visual or otherwise performative aspects, what we’re talking about is the feeling of it; it’s big and bold, totally impassioned and dynamic, and it infects every fibre of your being as you listen to it again, and again, and again.

Arsonist establish Havelocke as a band whose future is certainly very bright and although consistently solid from start to finish, there are moments on the EP where they are especially luminescent. The transition between ‘After Dark’ and ‘Vampire Eyes’, for one, is something where you’re able to really see the band’s appreciation for the smallest details. Vocalist/guitarist Owen Cousins’ raw and powerful scream on ‘When We Go’ is gripping and the riffs of ‘Vampire Eyes’ threaten to sweep you up with it. It’s the combination of all of those sparkling moments on ‘The Arsonist’ that edges it out as our standout song.

Showing again that Sheffield can be trusted to produce extraordinary talent, Havelocke have put together an impressive collection of tracks that pay homage to that golden era without copping out so it ends up sounding unoriginal or fatigued. The focus clearly remains the execution of their creative vision, that they end up celebrating some of the greatest music in modern history is merely a bonus.