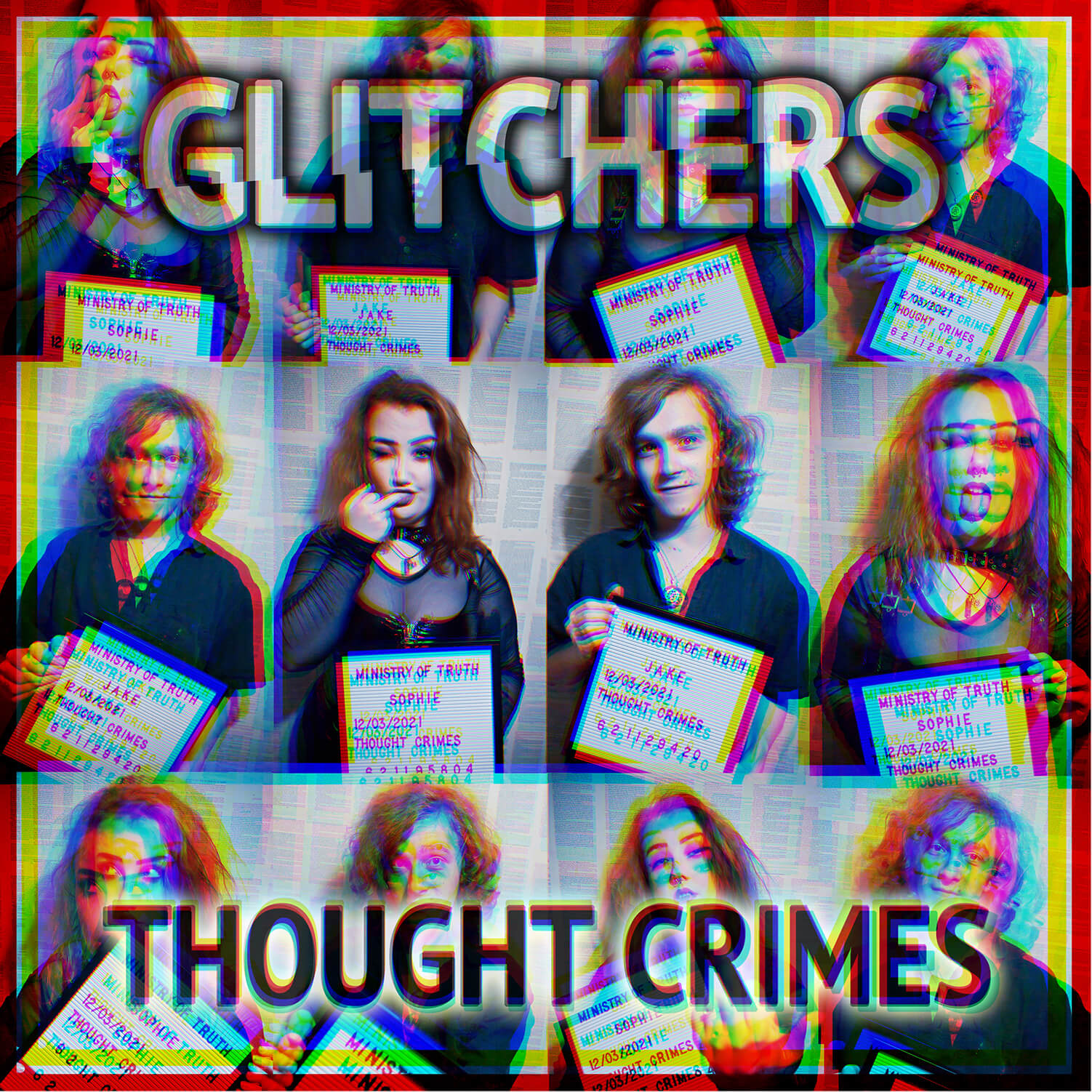 Punk duo Glitchers took to the streets last year to perform in protest of the closures of music venues and the lack of support they have received since. The pair have channeled this frustration from street protests into their debut EP, Thought Crimes, which exhibits the anger and frustration of an entire generation.

Thought Crimes offers raw vocals and raging riffs that go hand in hand with the political and social themes that feature in all of the tracks. The sound of the EP is reminiscent of Every Time I Die, but with a charming British edge that throws back to the peak of punk. A chaotic and contagious energy is poured into each track, as Glitchers is a band that needs to be heard live surrounded by chaotic strangers, even if that is still an unimaginable concept. Given the viral start of the band the live energy makes sense, but to be able to capture that in an EP is not an easy feat.

Track ‘Suck It’ is prime modern punk with meaningful but explicit lyrics, introduced by a riff that is a stand out moment on the EP, and provides a rhythm that differentiates it from other tracks. The sexual nature of the lyrics and candid backing vocals offer an uncensored and experimental image for Glitchers, and it’s one that sets them apart from other upcoming bands on the scene.

‘Fuck The Tories’ wraps Thought Crimes up with a chant that any festival crowd would love to get their hands on. Whilst this track, and the rest of the EP, will naturally upset a few people, it voices the resentment of a lot of young people. Perhaps this is why the EP is titled Thought Crimes, as it’s a no holds barred look at issues that have been prominent over the past year, with the added benefit of being perfect moshing material. Glitchers show that punk is not dead, it is just being transformed.