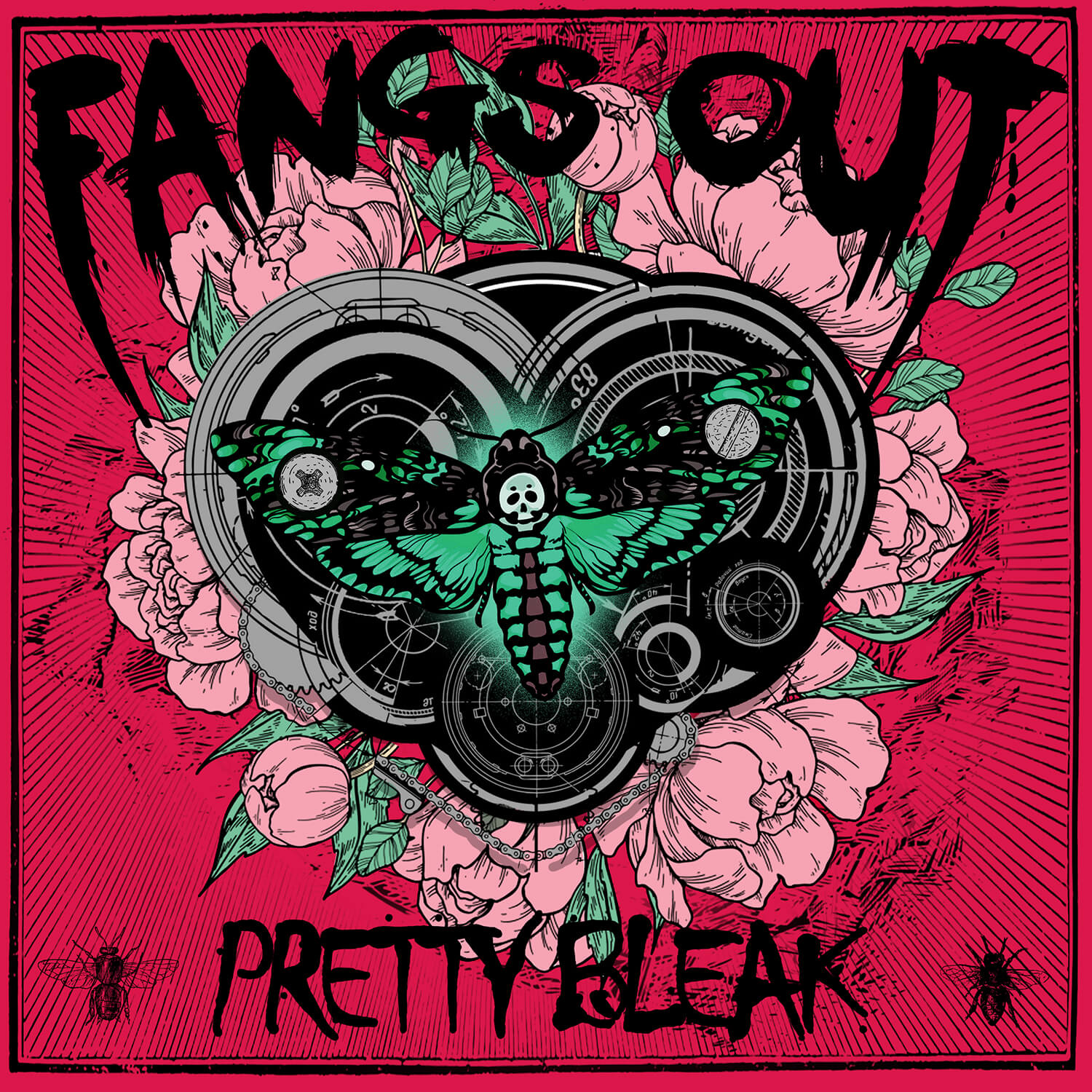 Here’s the thing about post-hardcore, metalcore, hardcore, and heavy music in general, it can become stale. Although we’ve seen plenty of great, heavy releases this year, we’ve also come across our fair share of copy-and-paste bands who all seem to record songs with plenty of electronic elements, but it’s okay, because there’s a riff which tips the balance back into the core-realm. Because of that, we think it’s fair to say we’ve not been blown away by anything hardcore punk in a minute… and then Fangs Out came along with their second EP, Pretty Bleak.

The Brummie boys, who have only been around for a couple of years, showcase on this EP how very quickly they’ve found their stride by not only nailing down their sound, but tapping into a Southern take – which is super niche for a UK band – that could easily put them shoulder to shoulder with bands like Every Time I Die or Maylene and the Sons of Disaster.

The energy contained within the first three songs of Pretty Bleak is explosive. Combine that with the frantic, almost to the point of hoarse, screams and riffs that aren’t just technical, but also catchy as hell and you’ve got yourself a winner. And the bass, oh… the bass. I don’t think anyone ever gives a good bass line enough credit, but what would Fugazi’s ‘Waiting Room’ be without that killer groove in the intro? There are so many times throughout this EP where the bass shines, adding a ton of depth and really amping up the energy.

That energy shifts slightly on the last song, ‘Oh Well, No Loss’ where the band changes pace. Unlike the furious start of ‘Glum’ – the first track – this one feels more serious, cinematic, but just as big. But that’s not surprising when the entire EP is just so exciting to listen to. They tap into early 2000s core where the structure changes often – think of Blessthefall’s ‘Higinia’ or The Devil Wears Prada ‘Gauntlet of Solitude’ – cramming a lot of different riffs and breakdowns that not only show extreme versatility, but also keeps things super interesting.

Every single song on here is great, but ‘Old Lows’ combines sass with talent to culminate in this groovy, but heavy-as song that includes everything from gang vocals to a sort of surf-rock solo. Everything we love in one song? Definitely earns this the title of our standout track.

A truly gorgeous EP that really cements Fangs Out as a serious competitor for the best UK hardcore punk band. On Curse Words, they were good, but Pretty Bleak is something else and if this isn’t their breakthrough, then there’s no hope for the music industry.