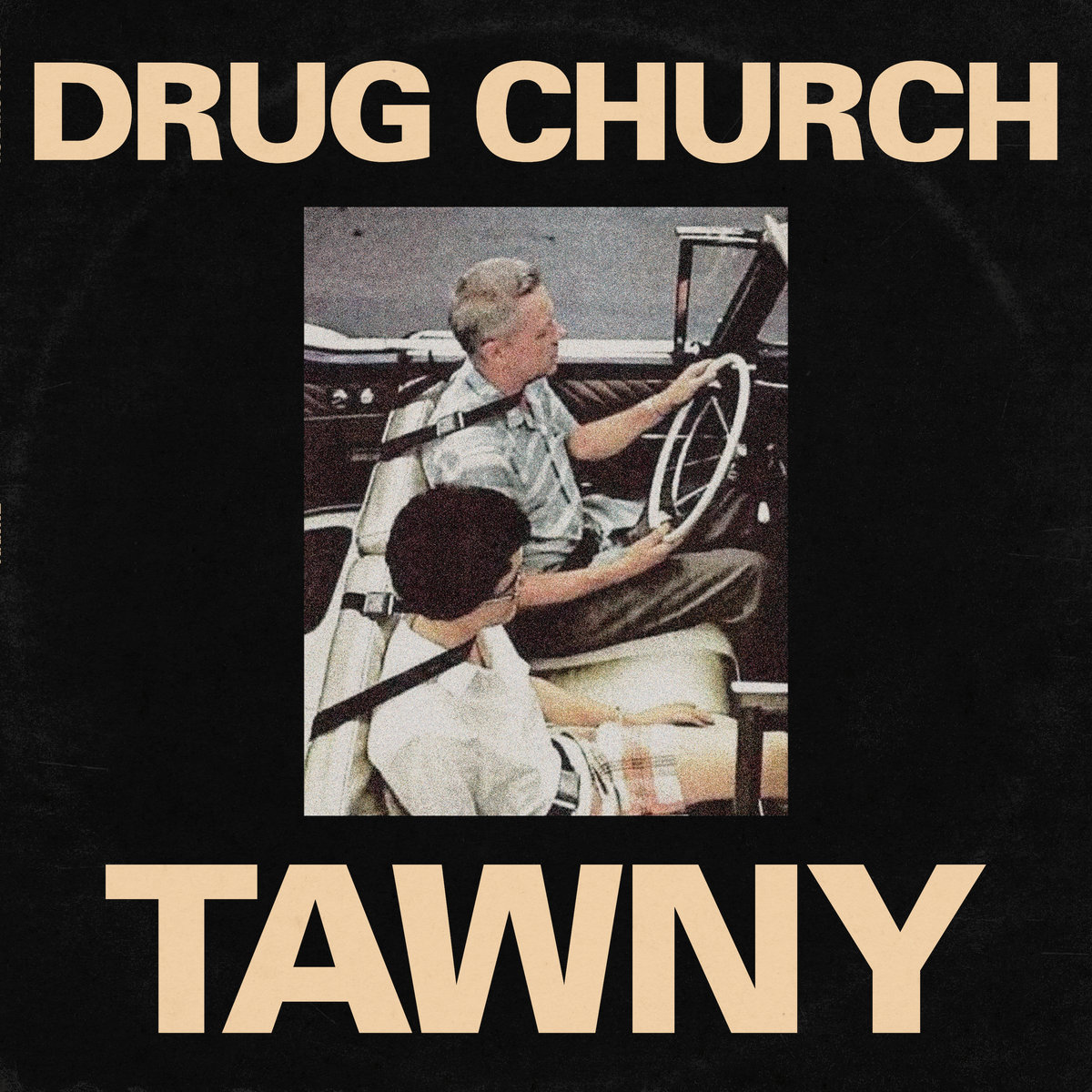 Albany/Los Angeles-based punk outfit, Drug Church are releasing their latest EP, Tawny this Friday and the four track, in addition to the 2020 single ‘Bliss Out’, features ‘TAWNY’, ‘Head-Off’ and a cover of Arcwelder’s ‘Remember To Forget’.

Tawny is set to bridge the gap between 2018’s acclaimed record, Cheer, and an upcoming full-length release, likely pencilled in for later this year, but not confirmed as of yet. The EP further showcases the band’s hardcore punk and 90s alternative influences, building upon what Cheer has already established them as – a raw and aggressive punk rock outfit. Alongside the bite and dark melodic flair many fans have come to adore, one can expect buzzsaw guitars and pounding drums accompanied by vocalist Patrick Kindlon’s observant lyrics on the issues surrounding modern society and human flaws.

Kickstarting the EP with the thumping drums of ‘Head Off’ and multi-effect laden guitar work reminiscent of post punk bands like The Cure, Kindlon launches into some howling vocals and the layered effect works well offset against the instruments. This track definitely stands out above the rest, demonstrating a more experimental side of Drug Church whilst still respecting the melodic, indie aspects of the band.

Title track ‘Tawny’ comes in strong with a great hook to instantly get everyone’s heads banging. The chorus features heavy, fuzzy guitars that go a long way in creating an atmospheric and moody vibe. With a perfect backdrop set, Kindlon’s imposing vocal style adds depth to deliver a combustible track.

‘Bliss Out’ is short and sweet at just under two minutes and once again uses their ripping punk riff formula. The song features Kindlon’s abrasive barking vocal style, but this time switches between it and sarcastic spoken passages to add a unique touch and keep listeners engaged.

Drug Church finish things out with a cover of Arcwelder’s ‘Remember to Forget’. In a fitting tribute to a relatively unknown alternative band, Drug Church, who have probably been inspired by Arcwelder themselves, capture the memorable riffs as they journey further along the road to melodic guitar music.

Overall, Tawny showcases a nice mix of sounds and exhibits Drug Church’s ability to nail everything from hardcore punk to melodic alternative. Seeing this band drive a genre, that sometimes lacks progression, is reason enough to check them out, the sarky lyrics and solid musicianship is a huge bonus.