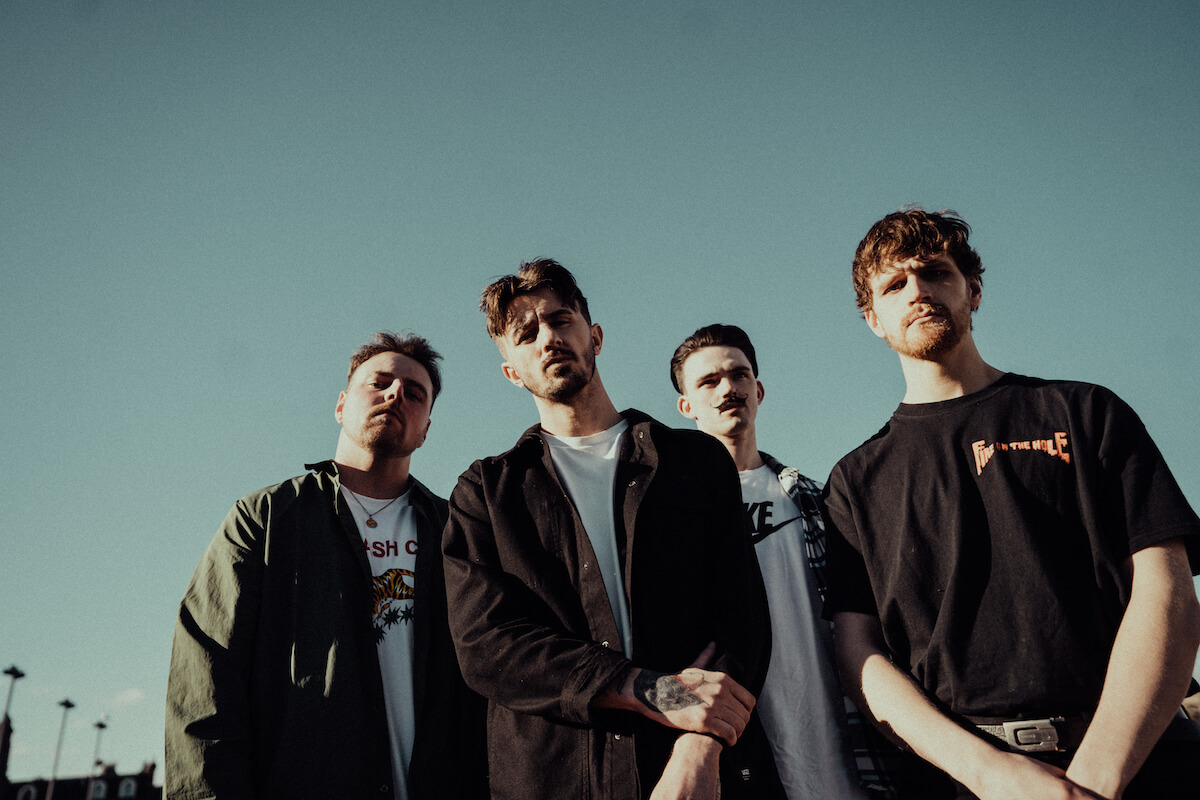 Having signed to Venn Records for the release of their fourth EP, You Are The Reason I Hate Leaving, rising Scottish emo band Dude Trips have revealed the lead single called, ‘Evergreen’.

Commenting on the track, vocalist/bassist Jamie Mathers said: “I haven’t written too many break up songs but I feel this one is emotive and the most important one I have written to date—showing that everything can fall apart even at the best of times. My partner at the time struggled a lot with mental health and something I learned along the way is that although you’re there to help, that doesn’t necessarily mean it’s going to just go away. She still means a lot to me and I guess this song is a thank you to her for the time we spent together.

“‘Evergreen’ touches on depression and the effects of suicide, and I really wanted to raise awareness in the video for something that not only has impacted me, but something I feel may help people to reach out, seek help or even just talk to someone. Our band gives us a platform—not a very big one, but one I think it’s important to talk on about these types of issues and struggles that people are having day to day. Hopefully we’re making sure that whoever is out there listening is not alone.”

All bandcamp proceeds from the single will go to Y Suffer In Silence, a person-centred non-judgemental emotional listening support group and counselling service local to the band.

“Founded in our home town of Fraserburgh, Y Suffer In Silence go out of their way to help those struggling locally with mental health disorders and issues,” says Mathers. “As a band we have lost friends due to mental health problems and often feel smaller towns are left behind in comparison to larger cities when it comes to getting the help needed, so that’s why we have decided to support and donate to a small local charity that is close to home.”

“Raising money is one thing, but our end goal is to spread the word and raise as much awareness as we can through our music and hopefully it can make the difference needed to push the people who are struggling to reach out for help.”

The band will also be releasing a t-shirt designed by their friend Ben at Vacant Soul Design with 20% of every sale going to Y Suffer In Silence.