An interview with Destroy Boys

A lot of cool shit has gone down since the last time we had Destroy Boys in for a chat. Their nuanced third album, for one, was released a couple of weeks ago on Hopeless Records, produced by the renowned Will Yip. Open Mouth, Open Heart is both vulnerable and in-your-face; bursting with Riot Grrrl attitude it’s a very worthy addition to their outstanding disgography. We sit down with Violet Mayugba and Alexia Roditis to take a breath and chat about the record and their work with Fender Player Plus.

You released your third album a few weeks ago. What has the response been to Open Mouth, Open Heart?

Alexia: The response has been so wonderful so far! People are really digging it. I’ve heard some criticism because it’s “not like our old stuff.” Kind of a silly complaint because like, if you want to hear our old stuff…go listen to it? I personally would be so bored of my own music if it stayed the same over six years. Overall though people appreciate the intense topics and dynamics of the new stuff. I’m so happy it’s out!

Vi: It’s funny hearing the “old stuff” hot take because we are so young that it barely feels like our career has even started. OMOH will eventually be “old stuff” too.

It’s your first record on Hopeless and so we’re curious to know if the approach to putting this one out – albeit from your side or the label’s – was any different to the albums that came before?

Alexia: Yes it was super different actually. We had a lot more time to record the record and more time to plan its release. Before we’d usually record the album in 1-4 days, and release it within the day, week, or month. It’s been really nice taking more time to work on the album itself and the art, layout, etc. 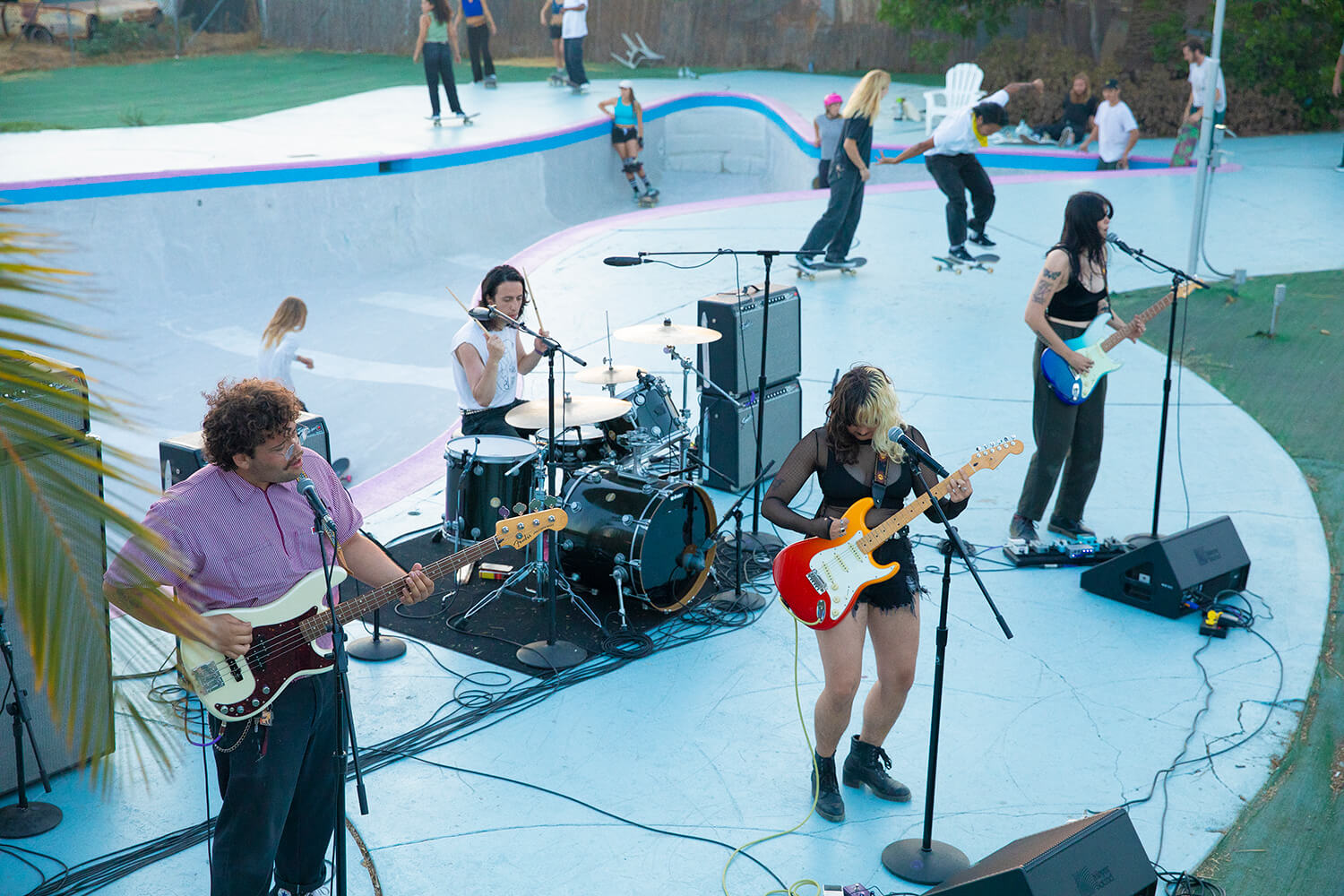 “I appreciate Fender because of their inclusion of women “

Did it feel like a rite of passage to work with Will Yip on this one?

Alexia: Definitely. He’s such a rockstar. It was a complete honor to work with him and get to know his style. Will’s worked with so many great artists, I am super happy to be included in his roster <3

Vi: Will brought a flair and refinery to the album that we’ve been consistently searching for throughout our career. He really naturally fit into our existing band dynamic and made us feel comfortable to explore throughout the entire recording process.

Something that elevated the record for us, was the incorporation of Spanish. Why was it important for you to include those songs?

Alexia: It’s important to me because my dad is from Argentina and I’ve grown up speaking spanish. I used Spanish for both of the songs because it makes sense contextually, but I’ve also always wanted to release DB music in Spanish! We have so many Latin American and Spanish speaking fans that this is a sort of nod to them of “Te veo, y si quiero venir de gira a tu país” (I see you, and I want to come tour in your country). It bothers me that mainstream rock music is pretty much all in English, so this is my first contribution to expanding those horizons. I will be writing more songs in Spanish in the future for sure.

Swerving away from the album for a moment, you worked alongside Fender on the launch of their Player Plus Series, right? What was that experience like and what did it mean to you, as an artist, to be involved?

Alexia: It was so tight!!! It was awesome and we were honored to be asked to launch the series. The Player Plus is a killer guitar too. I appreciate Fender because of their inclusion of women and that they have relatively affordable professional level guitars, so more people can get into playing.

Vi: Fender’s personnel are so welcoming and kind (shoutout Jason Klein!). As someone whose dad grew up playing Fender guitars and as someone who learned to play on a Fender, working with them for their new release felt like a massive highlight of our career. Being able to call my dad and tell him the news was a huge moment for me. He cried!

What’s next for Destroy Boys?

Alexia: Aside from the record release, we have some more videos and whatnot connected to that which will roll out slowly. And we’re going on tour in the US in November and December!!! I’m so excited for that. 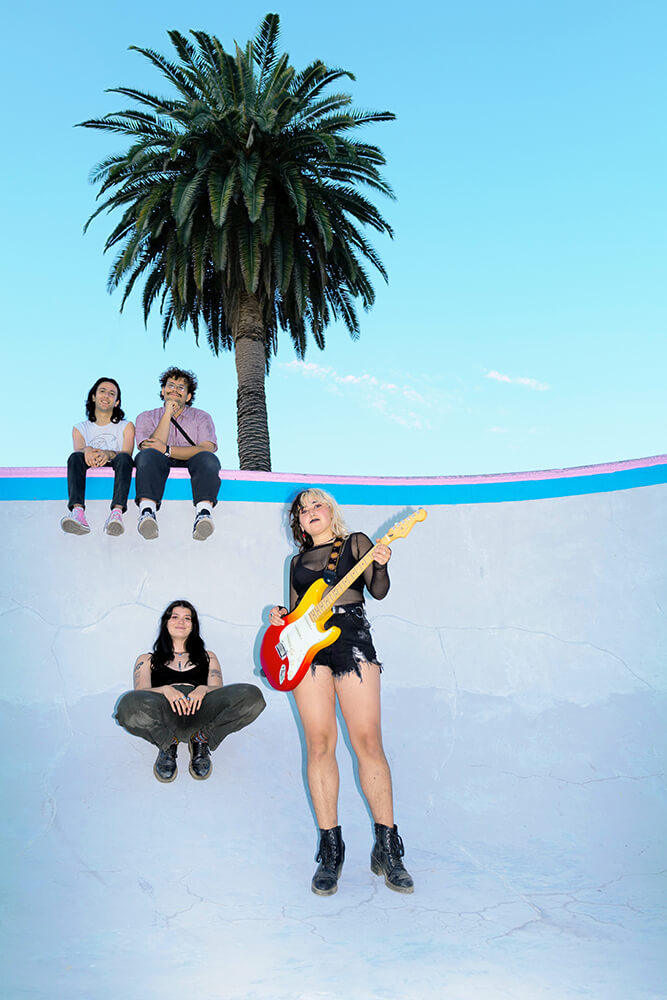 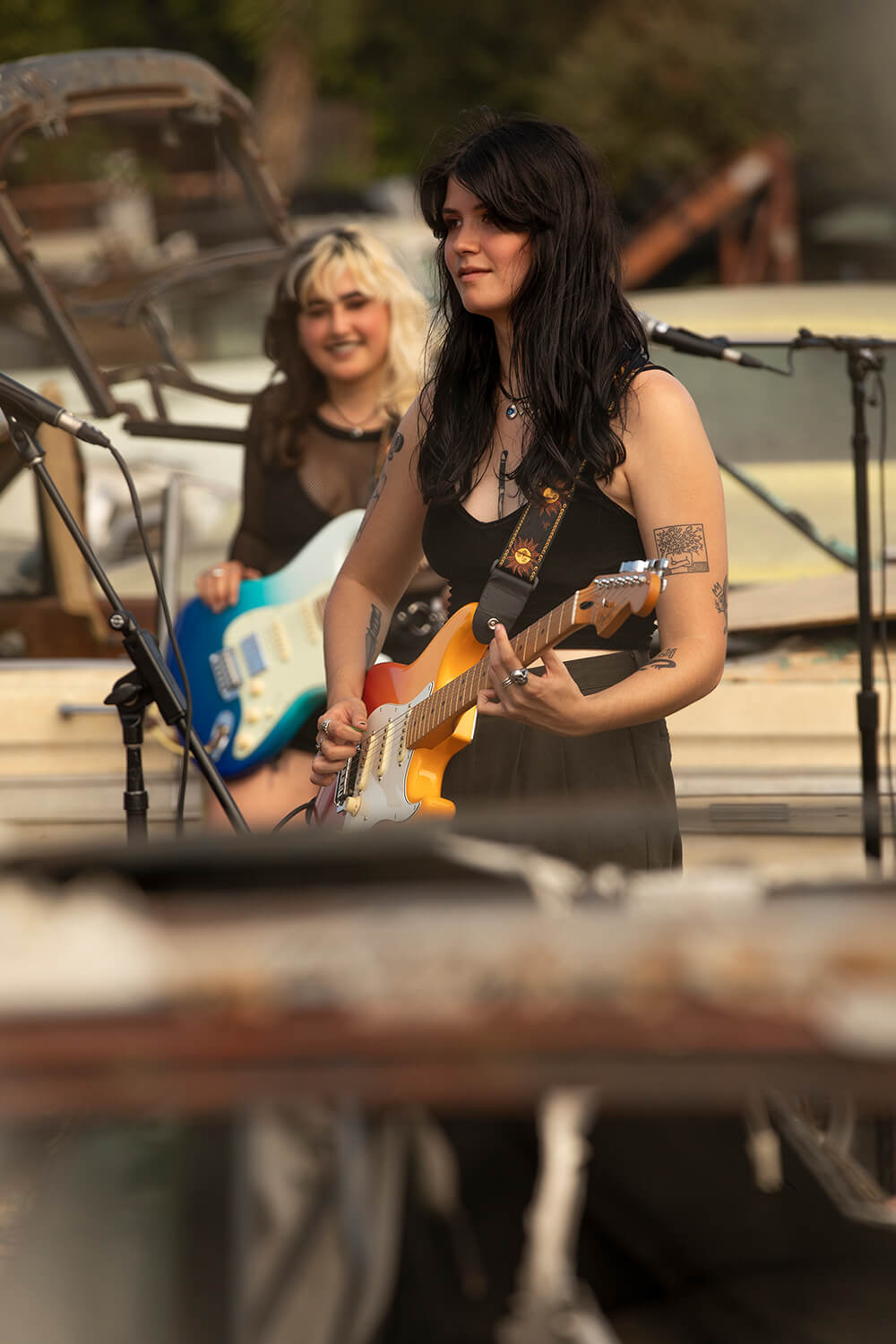 What’s the first album you owned?

Alexia: My brother gave me In An Aeroplane Over the Sea by Neutral Milk Hotel, and I believe that was the first album I owned.

Vi: My parents had a ton of music, but the first album I ever bought on my own was Black Flag’s Wasted comp.

Alexia: Knocked Loose’s new EP A Tear in the Fabric of Life. Banger. I listened to Juto’s discography recently too.

An album that never gets old?

Alexia: In Utero and Nevermind

One album you’d absolutely shred on your Fender Player Plus?

Vi: The Muffs’ Happy Birthday to Me

Is there a record that has extreme sentimental value to you?

Alexia: FIDLAR’s self-titled album means a lot to me. It reminds me of my life a few years ago, and I can still find myself screaming to it today.

Alexia: Spotify. I don’t care if people think I’m “gen z” or whatever. Vinyl is expensive, and I could never afford records or even a record player growing up. So I didn’t get into it. I like how it sounds, but I don’t participate.  Although I hate that Spotify doesn’t pay artists enough, I appreciate how accessible music is through it. I’ve found so many amazing songs and artists through their radios and recommended playlists. It’s pretty sick.

Vi: For me, it depends on the day. I find that Spotify is more accessible, but if I have time to sit down and listen to a record, I’ll do that.