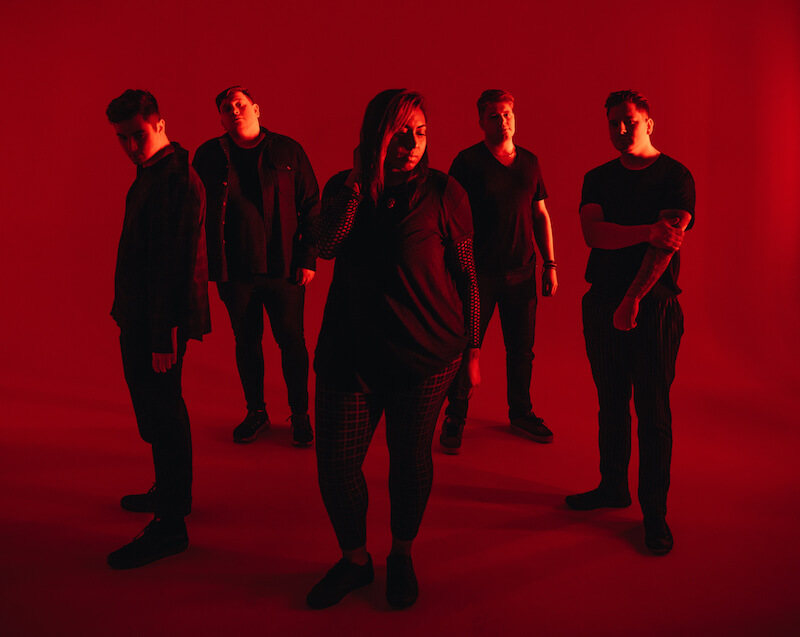 Hertfordshire metalcore band, Defences come with news of their upcoming album, In The Balance. Out in October, the band have also given us a little something to tide us over in the shape of confrontational new single, ‘False Gods’.

‘In The Balance’ arrives as a snapshot of primary lyricist and vocalist Cherry Duesbury’s experiences over the last few years; Glancing over the inevitable difficulties of a global pandemic as well as several pivotal cultural events. “We wrote this because we need to” exclaims Cherry. ‘In The Balance’ is the result of Defences looking for hope in the stark realities of life, facing them head-on to find positivity.

“A lot of the lyrics are based on internal struggles,” notes co-vocalist William Alex Young. It’s a snapshot in time, looking at humanity in both its glory and its struggles. “It’s incredibly honest”, Cherry adds. “It’s the most honest I have ever been in terms of lyrics.”

There’s a universality to this honestly with the band’s latest offering ‘False Gods.’ Inspired by the Black Lives Matter movement, Cherry uses her personal reaction to comment on all humanity. “I was listening to Calum’s demo on repeat around that time. I didn’t plan on writing about it at all,” she recalls. “It was the day after a protest on this hill that I used to spend my Friday nights on as a teenager. It was packed full of people, and when I saw these pictures and videos I started crying. I couldn’t believe there were so many people this close to home showing their support. It made me think about how we are all just human. So, I wanted to write a song about humans, and calling some of them out for the way they have been behaving.”