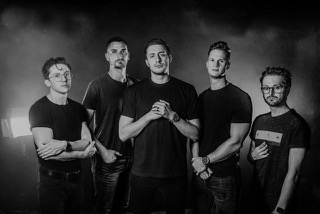 The band shares: “From the beginning, we knew ‘Distance’ and ‘Midnight’ were going to flow into each other. The building and impact that ‘Distance’ has really sets the tone for the album and ‘Midnight’ brings it all together. It’s the most aggressive song we’ve written in years while still bringing out the atmospheric cleans and softer side of us. It was such a unique song and really deals with personal struggles and the inability to let go of the thought of not deserving love. How you isolate and shut yourself out because you feel like that’s what you deserve.”

And if you missed ‘Distance’, give it a spin here: