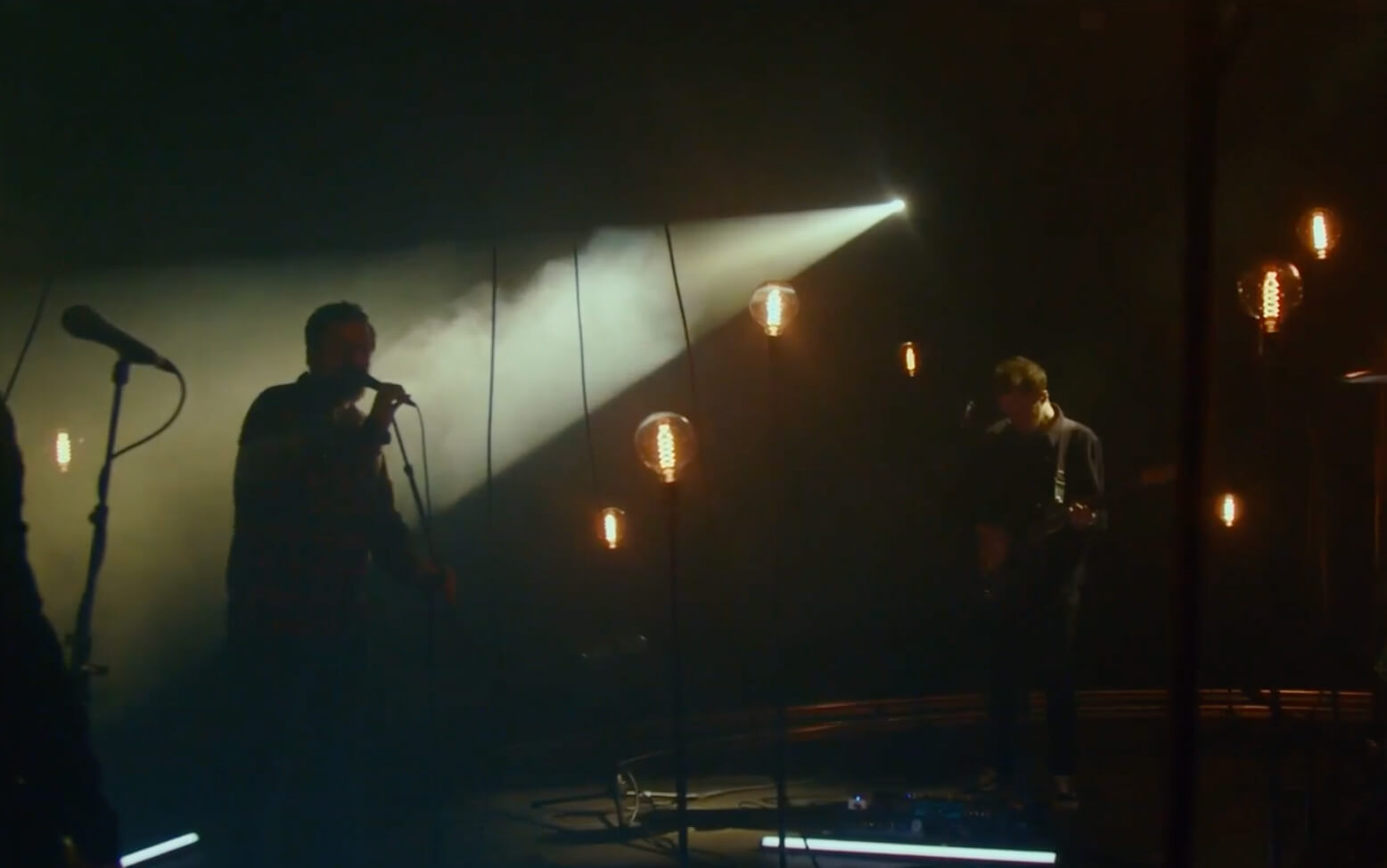 Every so often a band comes along that’s so absolutely mind-blowing that it’s hard to deny the unquestionable magnetism of their music and charm of their live performances. Black Peaks have always been one of the bands and it took but a minute of their stream from The Brighton Centre on Wednesday evening to remind us of that.

Set to a warm light, the band begins the night with ‘Aether’. After that comes ‘King’, which they’ve only ever played once as an instrumental at a warm up show right before they had to pull their last tour. What followed was an uncertain and tumultuous eighteenth months, which makes seeing them play it through all the more satisfying. Every scream during this song, and throughout the set, feels like an emotional release and the impact of it is like a hurricane; unrelenting, ferocity incarnate.

But then vocalist Will Gardner’s vocal ability has never been questioned. His range is incredible and the ability to dip from trilling falsettos to animalistic growls never fails to impress. On ‘Saviour’ he pulls off a scaled scream (changing key thrice) whilst holding a majestic note without falter on ‘The Midnight Sun’. The best part is that it comes off effortless – and so does every other working part of this band. For a band so complex to be so on point at every change of pace, riff and harmony takes not only tremendous skill and talent, but a cohesiveness that not a lot of bands possess in quite the same way as Black Peaks.

This unity is especially prevalent in moments where they really let their artistry loose; in the solos of ‘The Midnight Sun’ and ‘Saviour’ they just sit with the music, the process of creating and the passion is infectious.

Between songs they let the set breath, allowing atmospheric moments to serve as a palate cleanser before continuing the assault anew.

With ‘Say You Will’ they conclude a phenomenal live set and with not one thing to fault and about a million things to admire, we can only hope for the world to return to normal so we’re able to see them in action again and again. It’s often hard to tell when you’re witnessing something special whilst you’re in the moment, but with Black Peaks you’re always able to tell.