Behind the lens with Nicole Marsan

Nicole Marsan is a music photographer from Orlando, Florida. Currently, she contributes to Highwire Magazine, Unclear Magazine, and Us For Once Magazine. She’s gotten to photograph bands the likes of Waterparks, The Maine, Mayday Parade, Catfish and the Bottlemen, and Jimmy Eat World since starting in early 2019. 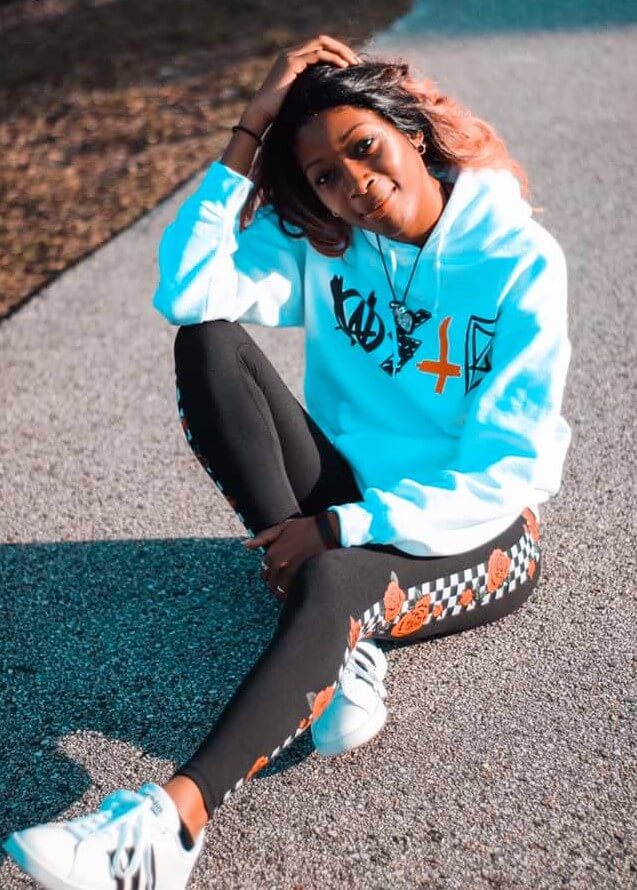 Editing I do in Lightroom mostly for my color correction and main edits, but I’m in the process of teaching myself Photoshop to work with layers and kick my photos up a notch.

I tried getting into photography in high school, but I gave up on myself because I didn’t have a sense of direction and was afraid to fail. Fast-forward some years later, I graduated college and gave myself the summer to really find myself and what truly brought me joy. I spent a lot of time at shows and festivals, and they made me feel more alive than I had felt in a long time. Show after show, I’d look over the barricade, see the photographers, and at the end of the night see their work and be so mesmerized by their photos encapsulating these genuine, raw moments of energy. I wanted to be a part of that, and I knew without a doubt that it was a creative outlet that I could put my heart into. I worked a lot, saved up some money, and bought my first DSLR. It was an older model, but I wanted to learn the basics first in order to make a well thought out investment down the road. I wouldn’t be where I am though without the people I met along the way giving me advice from the camera controls to poking around lightroom. 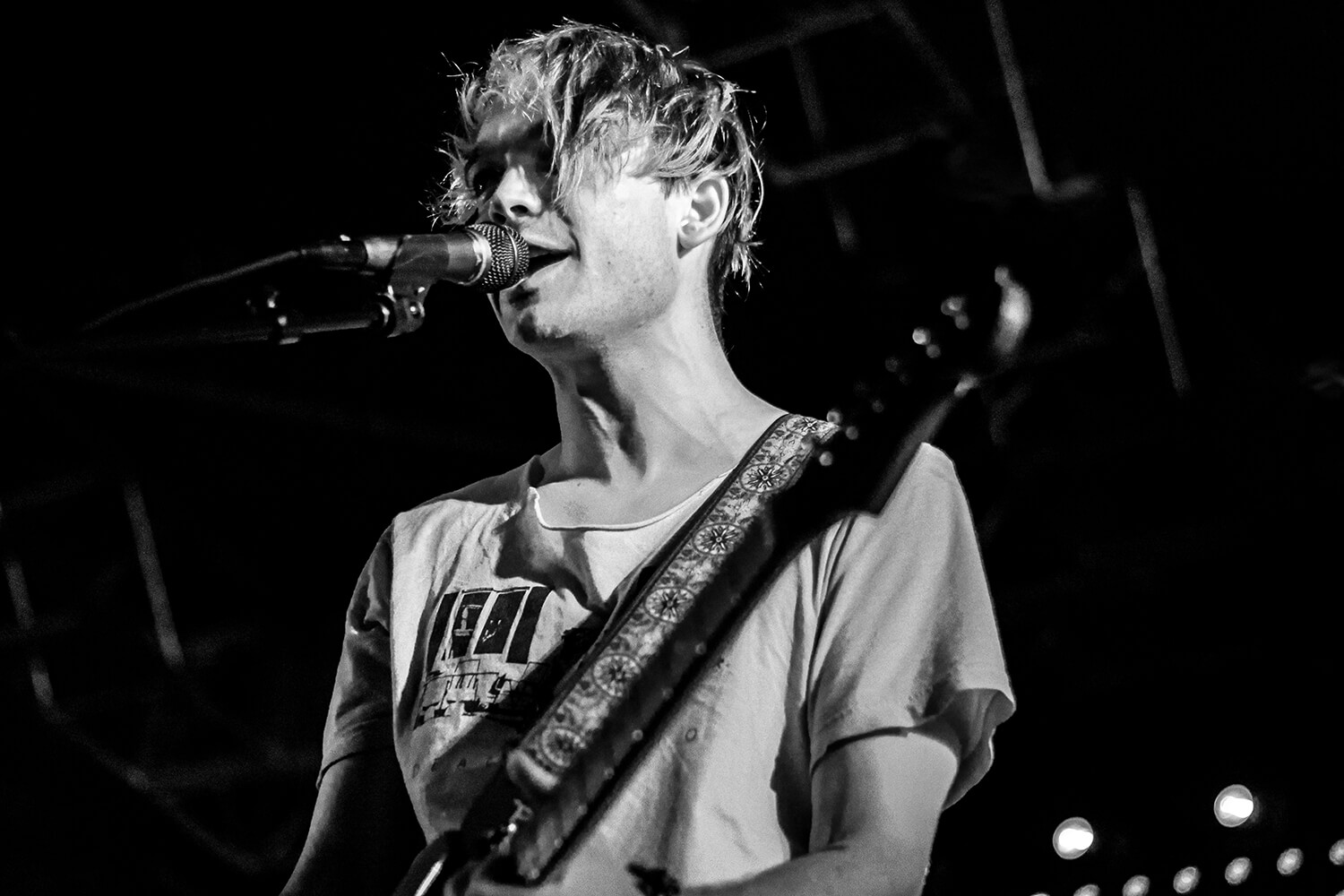 “Talk to anyone, and everyone you can. There are so many established photographers willing to give advice to newcomers.”

I managed to get started in all of this with a Canon SL1 DLSR that came with an 18-55mm kit lens from a pawn shop. It was all I could afford at the time, but many experienced photographers told me not to get too hung up on gear because with enough skill, you can still make some magic with editing. The other thing they told me was that a valuable lens investment was getting a prime lens with a wide aperture (small f-stop) because those are ideal for lowlight settings which is the case for a lot of concerts.

Before I was accepted on my publication teams, I went to local shows where I knew there wasn’t a camera policy to really practice with lighting, to get the functionality of my camera, and to build up a portfolio. From there, I created a wixsite portfolio to display the albums I worked on. When I had a few albums up, I applied to volunteer for some publications, and it’s through those publications that I get my photography passes. With the pass, I get to be in the photo pit for a duration of time. If permitted by security, after my time in the pit, I’ll try to run around and get some crowd shots from other angles in the venue.

Definitely a hard choice because I’m so self-conscious of my work, and I’m extremely indecisive. This is a photo I took of Cody Carson of Set It Off at Sad Summer Fest last year. It encompasses a lot of milestones for me, and that’s why I picked it as my favorite. It was my first festival, and I photographed it all with just a few months of experience under my belt, my old Canon SL1, a kit lens, and a sky-high level of excitement. The before and after for this photo is also one of my best, and I surprised myself doing it because I didn’t know I had it in me. 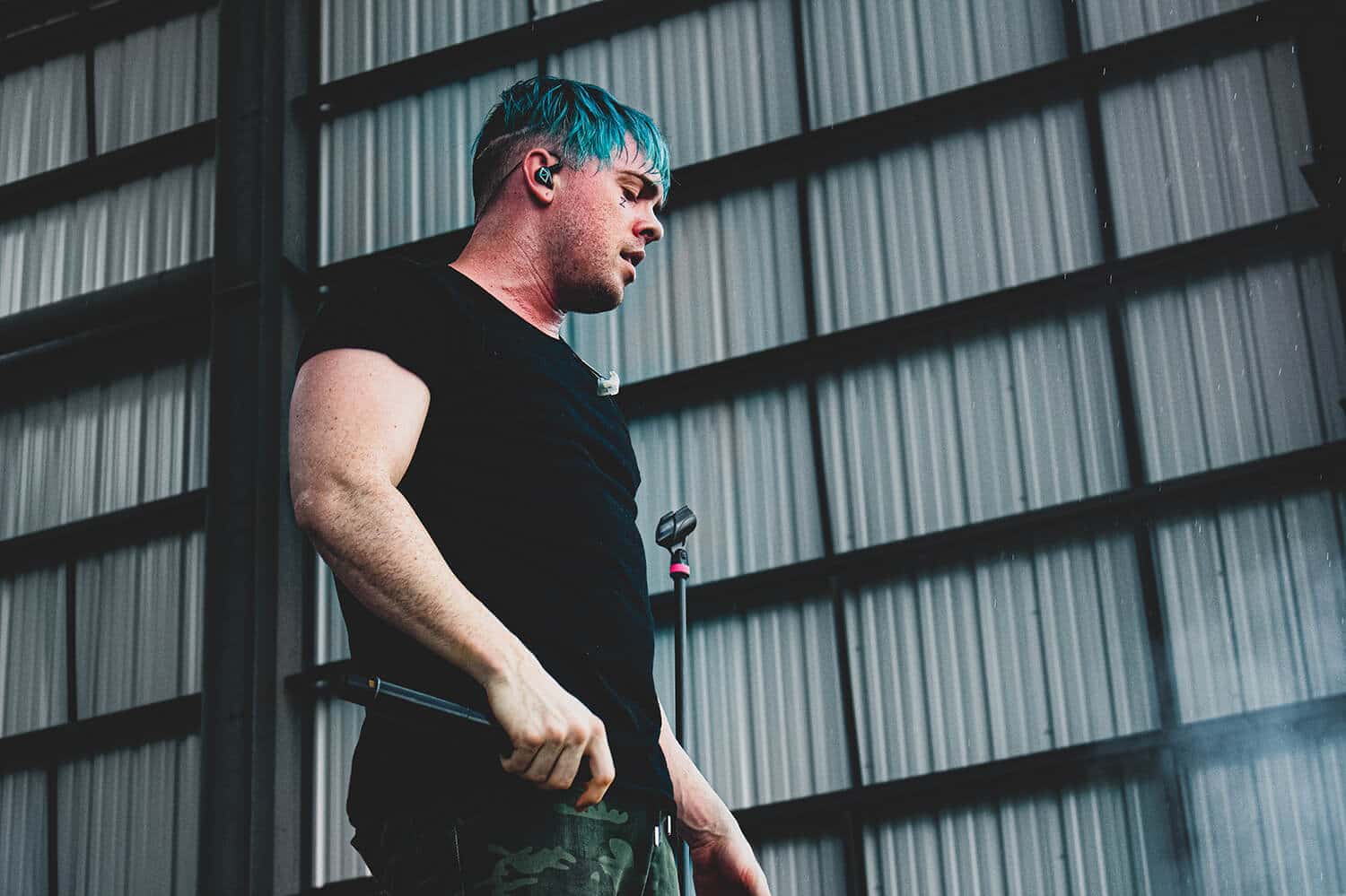 Awsten Knight for one – he’s a really big inspiration to me for a CVS receipt long list of reasons. He’s such a dynamic person, and his mind is truly unlike anyone else’s out there in all the best ways. His music has gotten me through a lot. He motivates me to believe in myself and what I want and to not let anything or anyone drag me down. It’d be so cool for the chance to poke his brain and to thank him.

Remington Leith is another one. He pushes the envelope on societal norms and expectations, and he is such an authentic person from what he says and wears down to what he writes and sings. He’s got the kind of confidence that’s contagious and makes you accept you for you and no one else.

Andy Deluca and Elliott Ingham – they’ve both photographed some of my all-time favorite bands/ musicians, and I’d love to learn from them how they progressed to where they are now.

Ashley Osborn and Beth Savaro are both extremely talented and accomplished women in the scene, and that’s not an easy feat. They’re breaking the glass ceiling for women in photography, and I admire their work immensely. Plus, they both seem like such cool, genuine, down-to-earth humans. 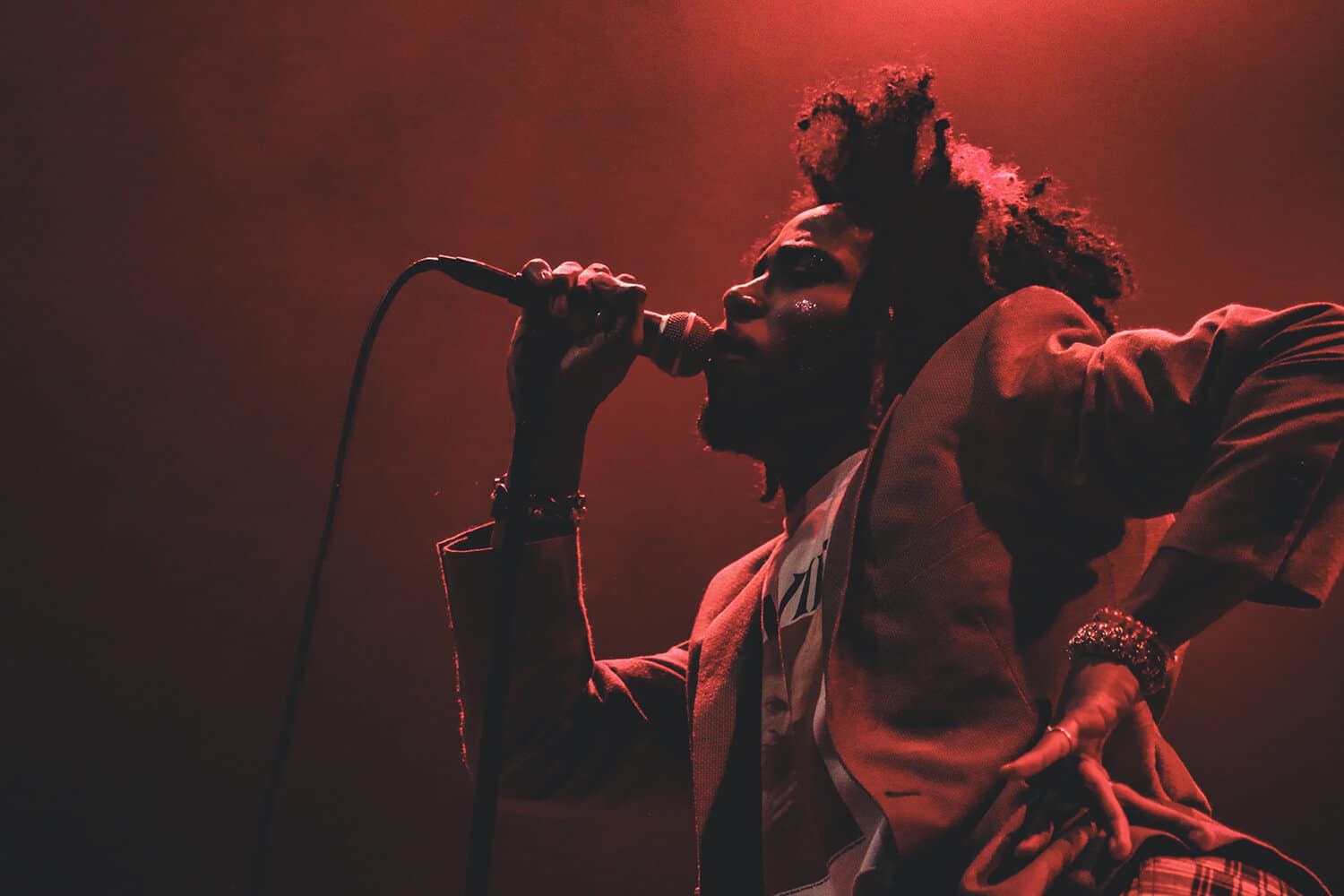 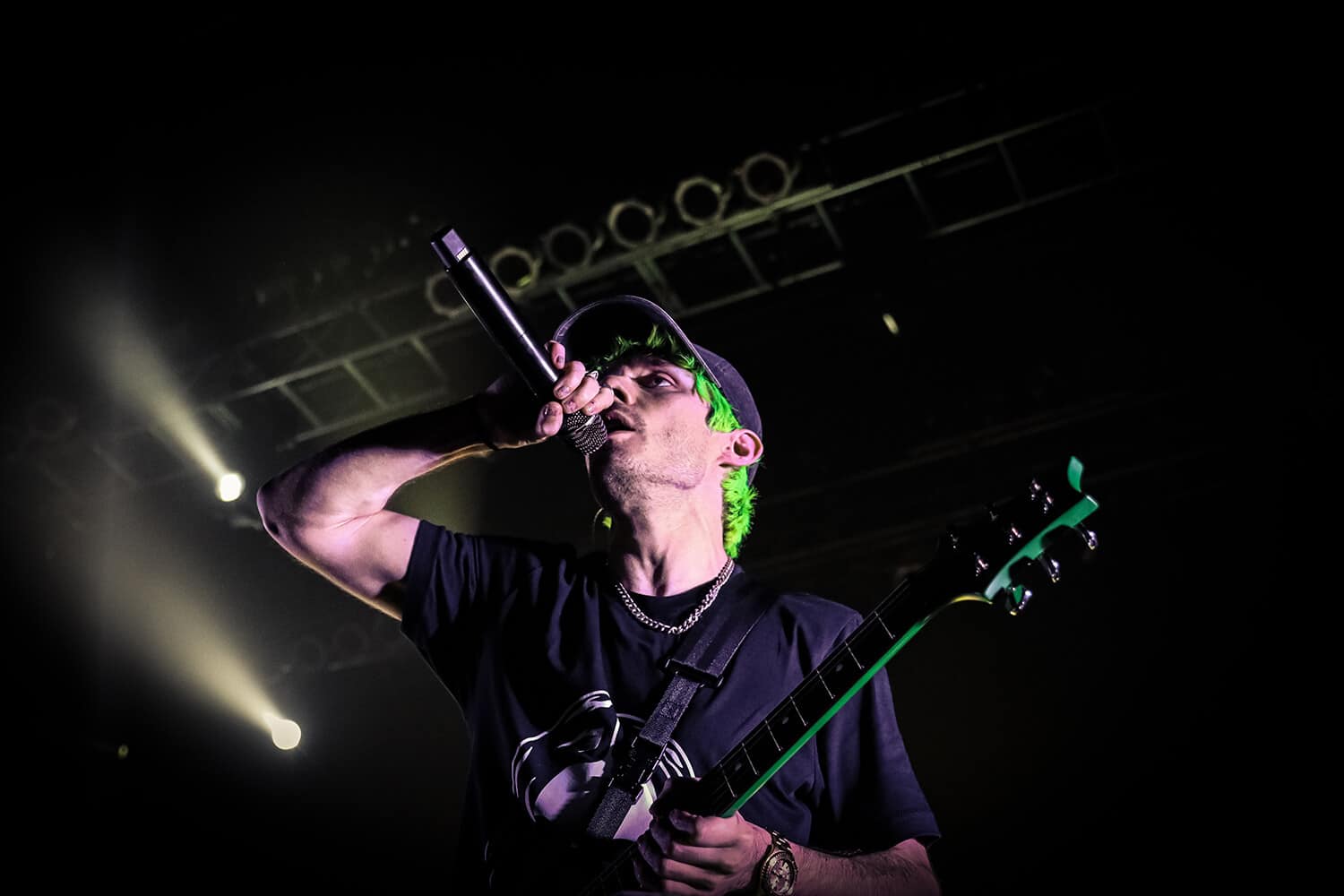 Talk to anyone, and everyone you can. There are so many established photographers willing to give advice to newcomers. Just the same there are so many newcomers that you can learn and grow together with as well. Don’t be afraid to ask questions because everyone has to start somewhere, and no one was born knowing everything!

ALSO MAKE SURE TO BACKUP YOUR PHOTOS SOMEHOW SOMEWAY. I lost nearly an entire year’s worth of work because I only had my photos on my laptop, and it got stolen.

See more of Nicole’s work on her Instagram (@nicolemarsphotos).