Behind the lens with Adam WEBB

Adam Webb – a multidisciplinary creative specialising in Videography, Photography & Motion Design. After playing in bands and playing with cameras growing up, he decided to put his two drives together and began on his journey creating visuals within music. He’s toured extensively with bands such as Silverstein, Trash Boat, The Wonder Years and various other artists. Being from Leeds, the home of Slam Dunk, he’s worked closely alongside them, capturing and promoting the festival. 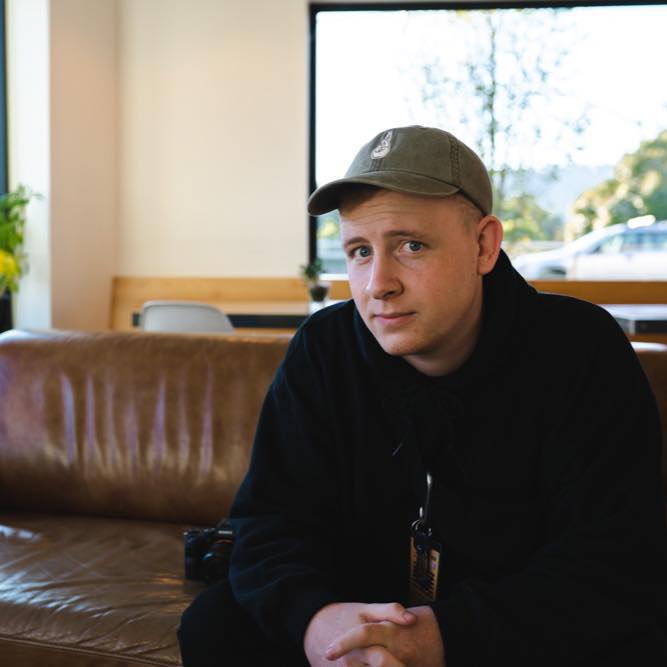 I try to keep my gear to the absolute minimum. With going in and out of venues and traveling to different cities every day; naturally things go missing and get left behind. In my mind, less gear = less chance of losing something.

The main bits currently in my bag are:

For editing: I use a mix of software.

Photography: I use Lightroom and Photoshop.

Video: For bigger projects I use Premiere Pro as it’s easier to manage more footage and organise things. You can also easily link to After Effects if I need to do any motion graphics or masking, etc. I also sometimes use Final Cut Pro if I need to do something quickly. For grading and sometimes editing, I use Davinci Resolve, which is free!

Originally I never wanted to do photography, I just wanted to do video. Going down the touring route I quickly realised that to get hired by a band, I’d have to do both. Luckily the fundamentals of video and photography are practically the same, so it wasn’t a huge learning curve. That being said, the first tour I did – I was terrible. I have been constantly reminded by Trash Boat that when I first sent them photos, they thought, ‘Oh no, why have we hired this person’.

It’s all practise though, you’re never going to just be amazing at something straight away. It takes time and you have to stick at it. (I’m not saying I’m a good photographer now, I still have a lot to learn.)

How I started touring as Photographer was from playing in bands myself. I met Trash Boat through that. The band I was in at the time supported them on a small B-Town UK tour in 2016. At the time that was the coolest thing I’d ever done. They knew I did video stuff and asked if I wanted to shoot for them during the tour. From that, I got to know them better, then begged them to take me on another tour, then another; I’ve been touring with them since. Throughout the years I’ve met other bands, managers and labels. Looking back now, it sort of just snowballed. 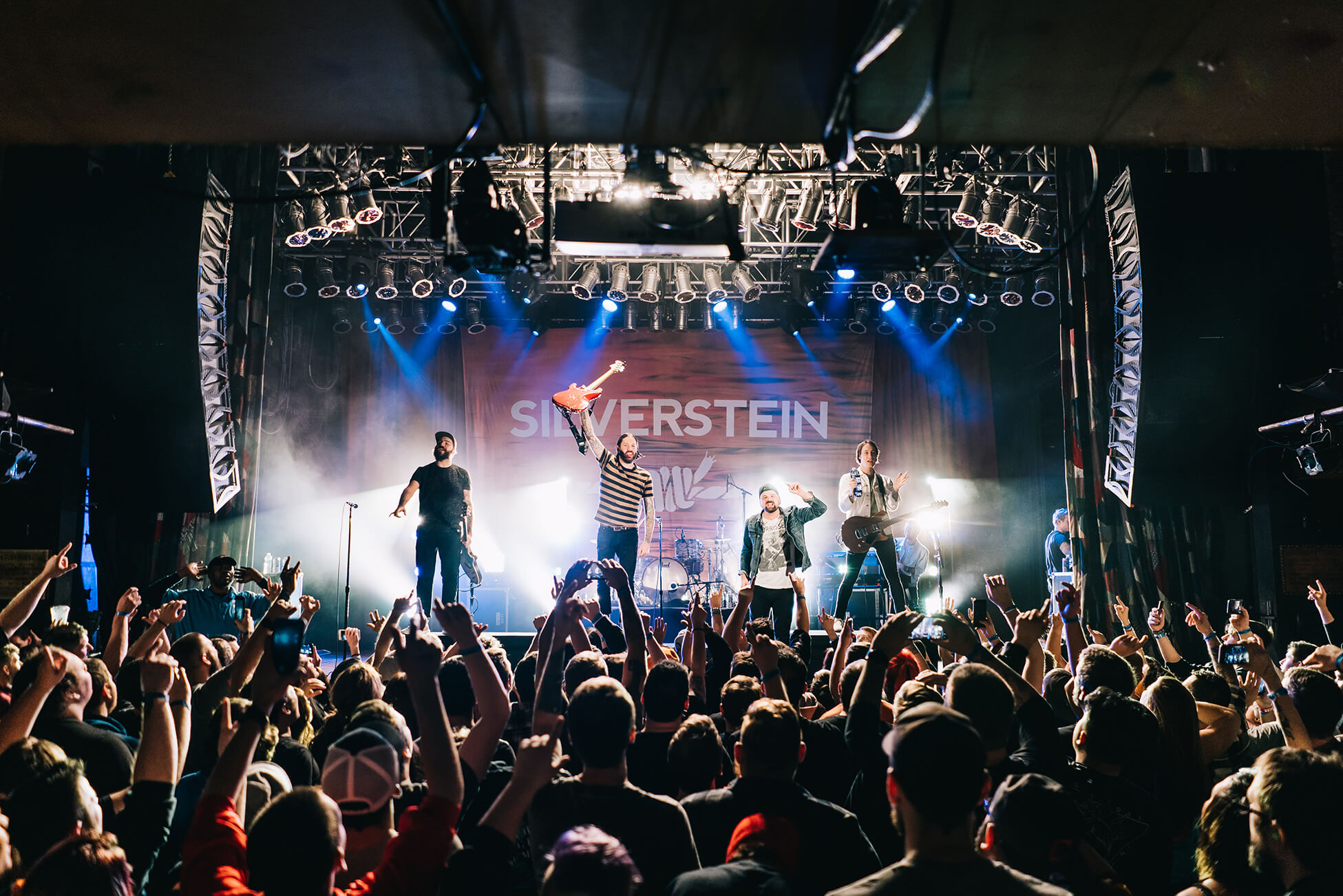 “Just be a good person. Your work is only a small part of the job. You might be the best photographer in the world but if you’re a ****head nobody is going to want to work with you.”

It’s less about the gear and more about what you’re actually shooting. The audience who’s looking at your photos, don’t care if it was shot on a £5000 lens or a £50 lens; they care about what the photo is of. The industry is built around the mindset of you NEED the newest and best piece of equipment available. But I personally feel like GAS (Gear Acquisition Syndrome) is a mentality best to avoid. Gear does have a part to play but far less than you think in the early days. Does a fancy expensive paintbrush make you a better painter?

I’ve done loads of tours using a camera and single prime lens and it’s worked for most scenarios. Obviously if you’re shooting 100 cap rooms your gear will differ to if you’re shooting arenas. Yes, different equipment has different applications and purposes. But when you’re starting out, you need to focus on core fundamentals and learn WHY you’d need different gear and for what purpose. Get a cheap Nifty 50 and just start shooting stuff. Stop thinking about the gear and more about your composition, lighting and story. That will improve your work tenfold early on compared to new lens!

(I am however guilty of constantly wanting that new piece of gear, above is as much as a reminder to myself as well as people starting out.)

This is such a hard question as I have a love hate relationship with my own work. I’m never happy or satisfied with what I do, but I think it has to be this photo of Bonnie from Stand Atlantic.

I was messing around with the ‘Club Photography’ look during a soundcheck and it just turned out really cool. A happy accident. I’m also a big fan of head room in photos and it’s got a lot of that. 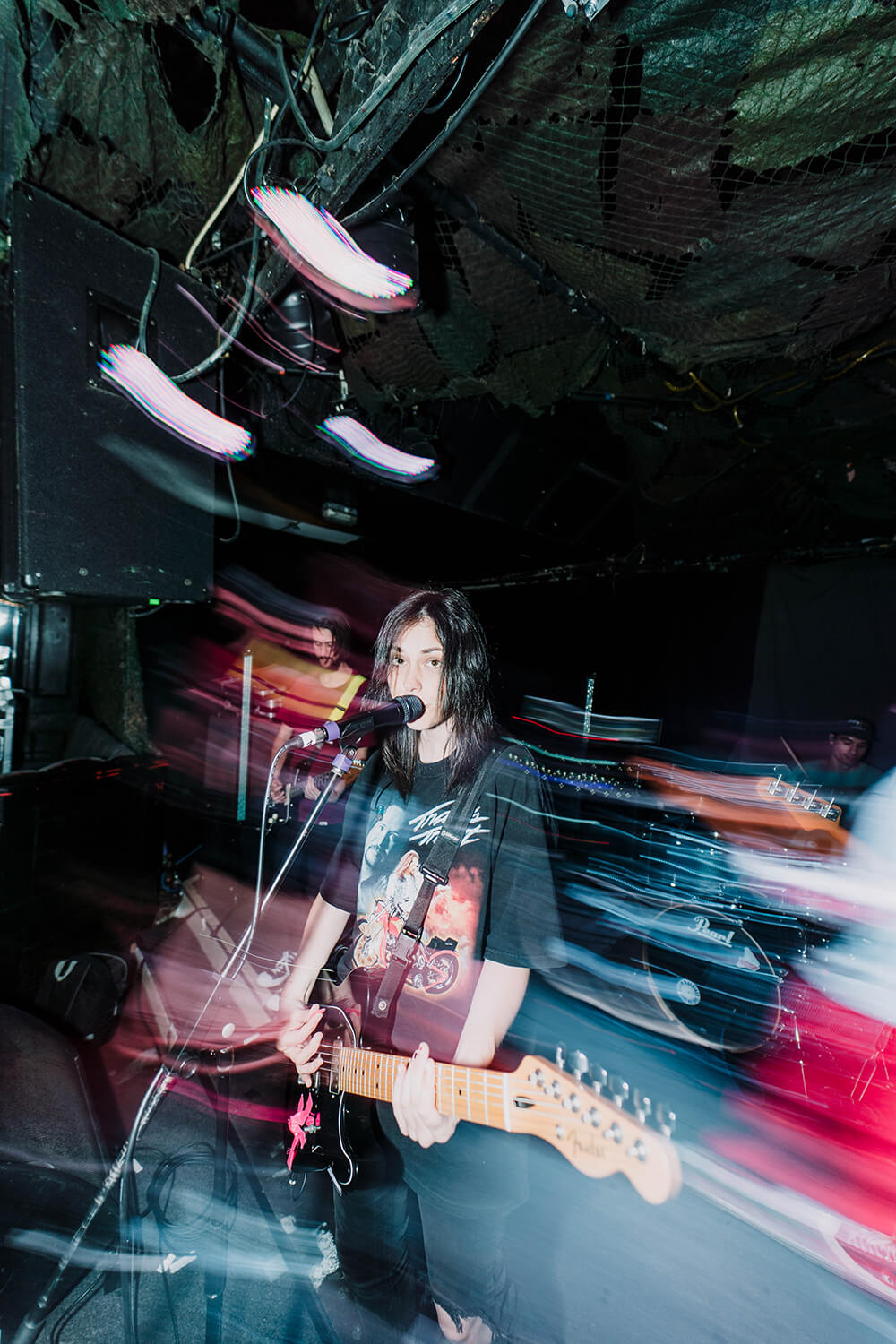 It’s no secret we’re huge fans of your gifs! It’s become a bit of a trademark – was that intentional and how important do you think it is to set yourself apart from everyone else?

Thank you! The main idea was to start doing something different to stand out from the crowd. But pretty quickly people started to copy that idea. Which in all honesty is very defeating, especially if they have a larger following or are working with more established bands. I understand I didn’t invent the GIF. But using it in the format and style I do, was something I didn’t just copy from someone.

I think it’s important to do your own thing and not to copy trends that come and go. I am however guilty of following trends occasionally to try stay ‘relevant’. If everyone is doing something and you’re not, it can feel like you’re not with the times or falling behind. If you’re working with bands, they have to be relevant so it’s your job do that. It is a constant creative battle.

We live in a copy culture. Someone does a cool thing and everyone wants the same validation and recognition, so they copy it. The 1975 are a great example of this, they innovate, change and take inspiration from all different genres and styles of music. Then loads of bands appear and just try rip them off. Then The 1975 will release a new album that sounds completely different to their last. Making the copy bands no longer relevant. Take inspiration from from different sources, media and artists; compile it and come up with your own thing. Be a Shepard, not a sheep. There is a great book on this topic by Austin Kleon called ‘Steal Like An Artist.’ Definitely worth a read!

I had to think about this for a while but I think I’ve come up with a good five.

Bo Burnham – I’ve always loved his work, his humour and approach to comedy is just right up my street.

Edgar Wright – Best director ever, Hot Fuzz is one of the greatest films ever made.

Emmanuel Lubezki – He just knows how to capture emotion through a camera, everything he shoots is pure gold.

Just be a good person. Your work is only a small part of the job. You might be the best photographer in the world but if you’re a ****head nobody is going to want to work with you. Touring is mentally and physically draining, especially on smaller tours where you’re sleeping on floors, dealing with terribly lit venues and getting paid nothing, it’s tough. So being awkward and a pain is the last thing everyone wants. Try be positive, helpful and fun to be around. Also, bring an extension chord with USBs on it. More often than not, there is just a single wall socket in a dressing room. Rock up with power for everyone and you’ll be worshiped.