Anthology of Emo Vol. 2 – A chat with Tom Mullen

Emo, even as a version of it struck commercial success in the 00’s, has always come with a smidge of contempt. But, just like The Alt Club, Tom Mullen is here to prove that it wasn’t just a phase of liner and fingerless gloves.

As host of the acclaimed Washed Up Emo podcast and author of Anthology of Emo, Tom has a lot to say and we chat today about the importance of this genre and why he’s here to preserve it.

Hey Tom, welcome! Congrats on Anthology of Emo Vol.2. Do you want to give us a quick tour of your credentials and how you ended up writing these books?

Hi Alt Club! I’ve been a fan of emo since I first heard The Get Up Kids “Four Minute Mile” and since that fateful date in the 90s, I’ve been obsessed.

In 2007, while working at Equal Vision Records, I started Washed Up Emo, to talk about the bands not being mentioned at all online that were largely forgotten. Then in 2011, first we started Emo Night NYC, well before the emo night boom, in February. Then in October of that year, I said, wait, there aren’t any of my heroes as guests on a podcast and no one is doing one, let me just start a podcast. I didn’t know a damn thing about how or what would happen.

In 2017, 6 years after starting it and 150+ episodes, I thought about how rad a book of selected interviews would be. That started the Anthology series and it’s been a blast to not only have these in print but the self-publishing aspect was such a joy too. A true DIY experience. 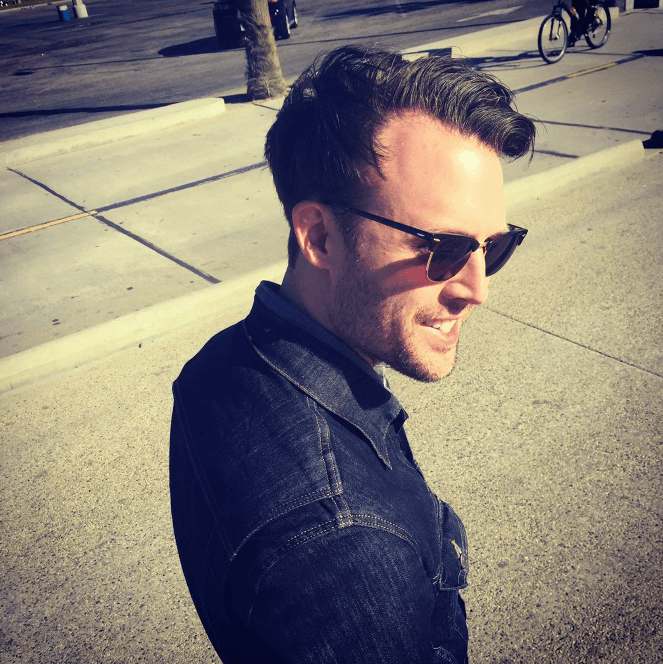 This time round you got to talk to Chris Conley, Tim Kasher, Bob Nanna and a number of titans within the scene. Is it still surreal when you get to talk to musicians of this calibre?

Yea, when I look back at the podcast guests, there are these milestones of guests that really help push it to another level. It’s tough to pick which ones I want for each volume because, after almost a decade of interviews, it’s hard to choose, like a band with a long career and their setlist.

It’s surreal for sure and I try and calm myself when interviewing because I am there to make their career, history, or story more viable for the audience listening to my podcast. I take it very seriously and try and find not just the heavy hitters but the smaller more underground ones that people may not know as well but were just as influential. it’s that balance that helps keep me sane and not nerd out, too much.

Why do you feel it’s so important to preserve the rich history of this genre?

Emo, as a genre, is pretty misunderstood in the public eye. The goal of the website, podcast, and books is to continue the story for the next generation. I am not going to be here forever but the music will. I wanted to put a story next to the music, the unknown 7″, or the random band and help guide a person I’ve never met or met today online to understand the full history of emo.

It wasn’t just in the mid-00s when it was all over the radio. It’s been here since the 80s and will continue to be. That’s the goal. Right now, it’s a joke or a phase for someone. That’s like saying punk is only Green Day or metal is only Metallica. We all know there’s more and the education and constant push to learn more myself is why I feel so empowered to push the history of emo every day. 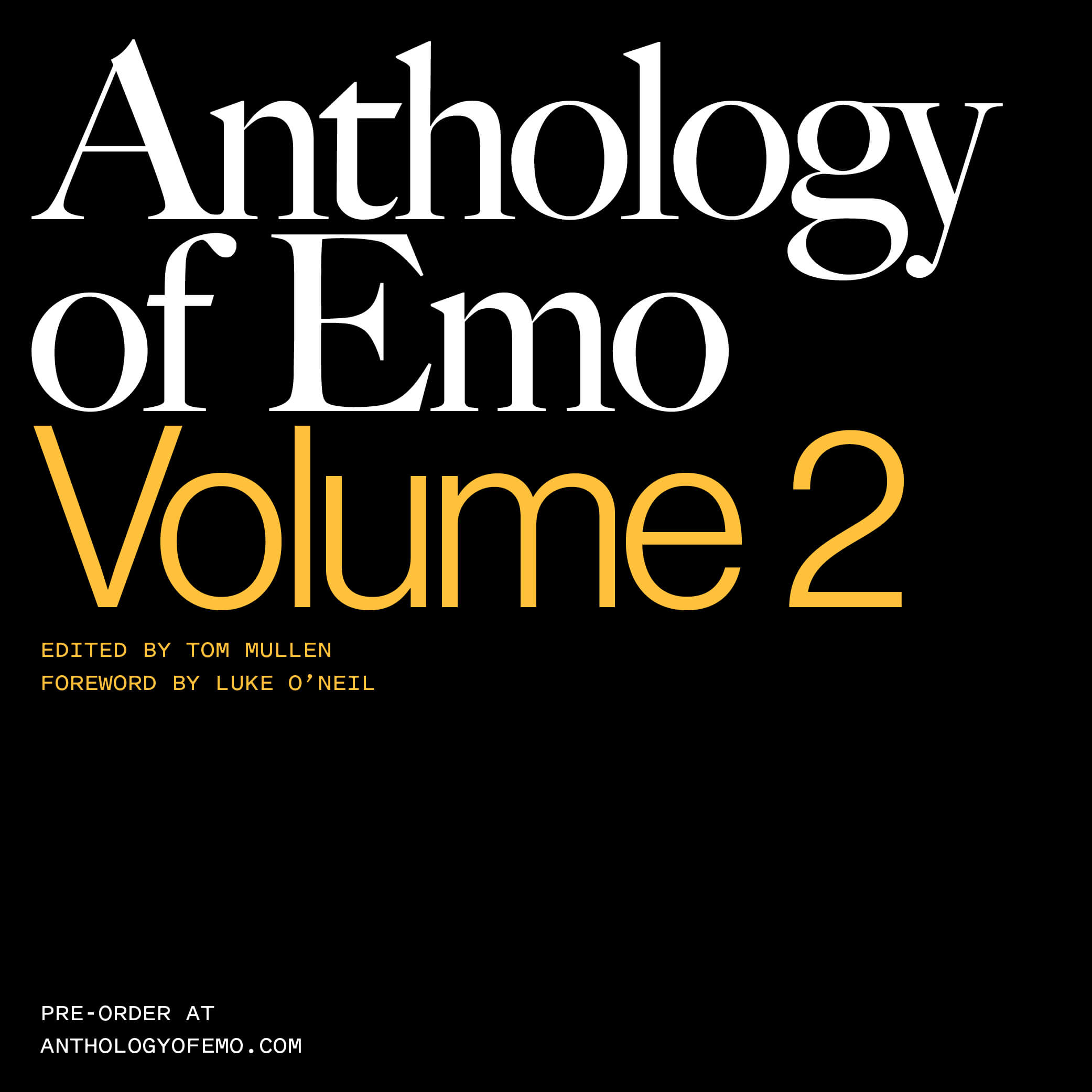 Get your copy of Tom Mullen’s Anthology of Emo Vol.2 at anthologyofemo.com.

IsThisBandEmo.com is pretty genius and very insightful. We obviously had a play around and were surprised by some of the answers. Bands like Silverstein or Funeral For A Friend who we’d put into post-hardcore. Do you think emo transcends genre?

100%, the site is a joke and serious at the same time. It’s just something I thought up one night and thought it’d be funny. I spent a few months with some friends that I nicknamed “The Emo Council” to fill in 1000s of bands emo and not to have some fun. When we launched in 2014, we crashed the site that day after some press picked up on it.

To answer your question, emo does transcend a lot of genres, I just think sometimes things get lost along the way at times. The amount of times bands or fans of bands have been super angry is too long to even count. I guess that’s the sign of a fun site. I’d have no idea that I’d be still talking about it 6 years later.

Emo is a genre that started in the 80s in DC with Rites of Spring and Embrace. After that, you can define your eras any way you want. Emo to me is a music that is steeped in hardcore and indie / DIY that comes from a place of trying to do something different and not just piling on the choruses or the make-up. It has a sense of euphoria rather than sadness. Emo was never sad to me, it was always happy and euphoric when I listened to it.

Everyone has their definition and/or way they describe it. My suggestion? Dive into the eras, find your favorites, keep digging, because there are more to be found and I’ll be right alongside you.

What’s the first album you owned?
Nirvana – Nevermind was the first album I bought with my own money. I’ll never forget holding the long box with the CD in it, which is what they came in around this time. I was just staring at it the whole ride home. Never taking my eyes off of it. My mom then asked from the front seat with no irony in her body, “Did you buy that because of the penis?” Hilarious.

The best album to drive to?
Jimmy Eat World – “Clarity” The peaks and valleys of that album has been the soundtrack to so many of my car trips over the years.

An album that never gets old
Saves the Day – “Through Being Cool” The album is just banger after banger and getting to watch this band start from the bottom and where they’ve achieved makes the listen a beautiful listen for the music and the story each time I throw it on.

An album that reminds you of summer?
I was expecting you to ask about fall or winter. For summer, I’ll definitely think of Death Cab for Cutie’s “The Photo Album.” Their albums are all really cheery and warm to me so definitely, summer to me.

Is there a record that has extreme sentimental value to you?
An album physically, vinyl, would be my copy of the first Karate 7″. I was in high school and had a crappy zine and their label actually sent it to me and let me do an interview with the band. I still have the interview too and got to share it with the band recently. Cringeworthy but worth it.

Spotify. I am not really a collector of everything for vinyl. I only buy what I want to listen to. Getting multiple pressings or colors never interested me really. I have my favorites and definitely enjoy it but the rabbit hole of Spotify is super fun and easy to get lost in the catacombs of genres. To be honest, I still have about 750 CDs at my mom’s house that are mostly things that aren’t on streaming services and that I’ve ripped on a digital server. I bring that up because, something like Spotify could go away tomorrow. We’re renting this music. I see the value in owning things which is going the way of the buffalo but in my eyes and the eras I’m obsessed with, having that record of that copy or that zine resonates. Ok so, it’s a tie I guess.

Thanks for having me! 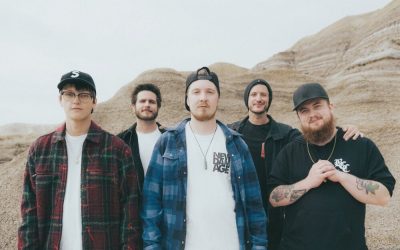