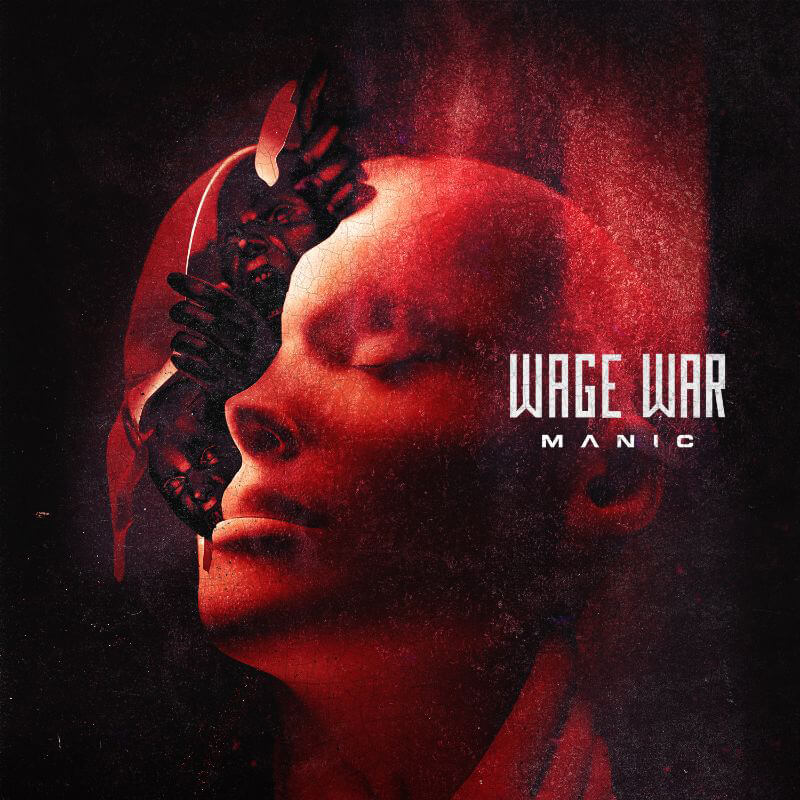 Kicking in with an onslaught of riffs – the type that blows you into the back of your seat – this one’s sure to get you head-banging. The chorus also features impressive vocals from Briton Bond and soaring melodic guitar lines, all setting the tone for a furious album of stellar production quality.

After the heavily downtuned riffs of lead single ‘Teeth’, we arrive at title track, ‘Manic’. This one offers a fresh take from the band by featuring more modern hip-hop elements with some trap style beats too. Don’t worry, there’s still plenty of heaviness in the form of a crushing breakdown, but it’s nice to see the band experimenting with some new sounds. Another track benefiting from this experimentation, is ‘Slow Burn’ and the house style-beats within the brutal verses. Acoustic guitars are also present on ‘Never Said Goodbye’, a welcome break from the heaviness. This is an interesting one and almost has a pop formula, but still retains the bite of a metalcore track.

‘Death Roll’, and its breakdowns galore, is our personal favourite; three minutes of pure brutality, classic nu-metal inspired riffs with pinched harmonic guitar squeals, double kicked drums, and fierce vocal aggression. There is also a blissful guitar solo that follows the crushing breakdown which is a tasteful addition.

Elsewhere on the album, single ‘Circle The Drain’ features melodic verses with sung heartfelt lyrics, as well as a big ol’ chorus that captures the theme of the album well. Drummer Stephen Kluesener mentions, “The whole industry halted, and we technically lost our jobs. Our scene was among the first to leave and the last to come back. The album captures the whole period.”

‘Godspeed’ is an absolute bulldozer that doesn’t shy away from being heavy. Immediately kicking into gear with bouncing riffs and pounding drums, a huge chorus and a killer breakdown. What’s not to like? ‘True Colors’ also follows this pattern, going right back in with heavy syncopated metalcore riffs, and a signature Wage War anthemic sing-along style chorus.

Finishing off with, ‘If Tomorrow Never Comes’, there’s no lack of brutality with the riffs on this one which you’re going to blast full volume. There’s a nice clean, atmospheric bridge section before the climax of the song which is heavy, huge and blissful at the same time before fading out.

All in all, MANIC is a supercharged thrill ride, featuring crushing riffs and those staple massive choruses we have come to love from Wage War. It also sees the band trying out some new sounds and ideas, and if this is the result, we encourage the band’s experimentation.