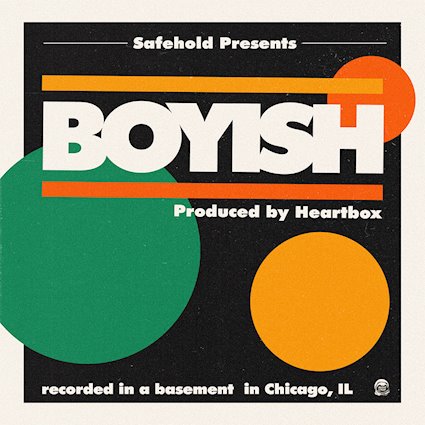 The Soundcloud trend isn’t all that different from the goldrush of MySpace bands. Well, of course the sound has shifted from (metal/post/emo)core to sad rap, but at the heart of it, it’s emotional and vulnerable. They traded guitars for computer-made trap melodies, but continued to spill their guts on a piece of paper.

But what happens at the intersection of those two worlds? Well you might find Safehold, who’s managed to blur the lines even further as he incorporates more guitar riffs and trademark emo flourishes into his debut album, Boyish.

‘Meant Nothing’, and ‘Too Far Gone’ border on pop punk – ‘LETTHERAINFALL!’ sporting a Blink 182 intro – but for the most part the album benefits from pop melodies smeared in brooding beats and Safehold’s careful balance of rapping and singing – the latter of which is exceptionally good on ‘Sleep Talker’.

Safehold manages to maintain this delicate balance throughout, but it’s on ‘Loose Ends’ that it’s best demonstrated. From that fade in intro to the tempo, the guitar work to crashing beats, this track is an anthem for everyone.

We stick to what we know and what we know is emo, punk and post-harcore, but we also know that this is one of the most exciting “crossover” albums we’ve listened to since Collision Course. You should be paying attention to Safehold, he’s an artist on the rise.

Hey Slugger are back with new song, ‘Undeniable’

Only their third ever single, Hey Slugger are following up April's debut with their newest number called 'Undeniable'. Speaking of the upbeat track, the band says, "A soundtrack for adventure, Undeniable is the perfect song for summer 2021; that feeling of exploring...

Bullet For My Valentine announce album with hard-hitting first single

Set to headline Download Pilot Festival this weekend, the iconic metalcore band doesn't stop there. Bullet For My Valentine have also announced their forthcoming, and seventh, self-titled album, set for release later this year, with a brand-new song. 'Knives' seems to...

Avoid have not only announced their signing to Bob Becker's (Fearless Records) new label, Thriller Records, but they've also dropped a music video for a song taken off their recent EP, The Burner. On 'HostAge At A BeAch House PArty' they journey through multiple...