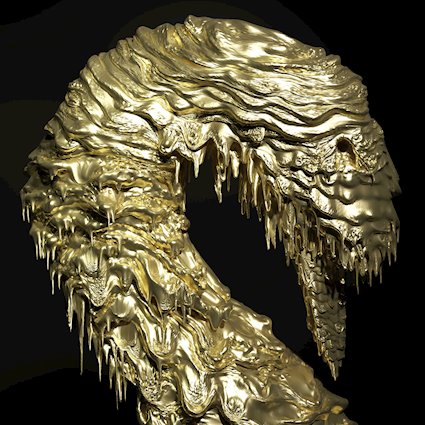 Like a weird Black Peaks and Placebo hybrid with the theatrical flair of Bowie, Phoxjaw have rightly piqued the attention of publications like Kerrang!, Total Guitar Magazine and Metal Hammer, with long time supporter Daniel P Carter backing the band on the BBC R1 Rock Show.

That charm that attracts like moths to a flame seemingly lies in their creativity, the bold approach to songwriting and their ability to blur the boundaries of genres by weaving complex melodies. All of which is even more prevalent on their self-produced debut album, Royal Swan.

The songs, like the cover art, are opulent and even though there are many treasures hidden among them, it’s ‘Triple AAA’ that’s our favourite. Previously released as a single, the track is turbulent, but so delicious. It combines driving riffs with big singalong choruses that give away to a pummeling bridge around three minutes in.

One of our favourite things about Royal Swan, is the ever-present tension that’s just below the surface and could change a melody from a soaring verse to an ominous buzz in a matter of moments – especially audible on ‘Trophies In The Attic’, the first song following an instrumental opener.

Royal Swan, like it’s creators, is unconventional, but it’s that unique quality that pulls you in and keeps you quite happy to stay.