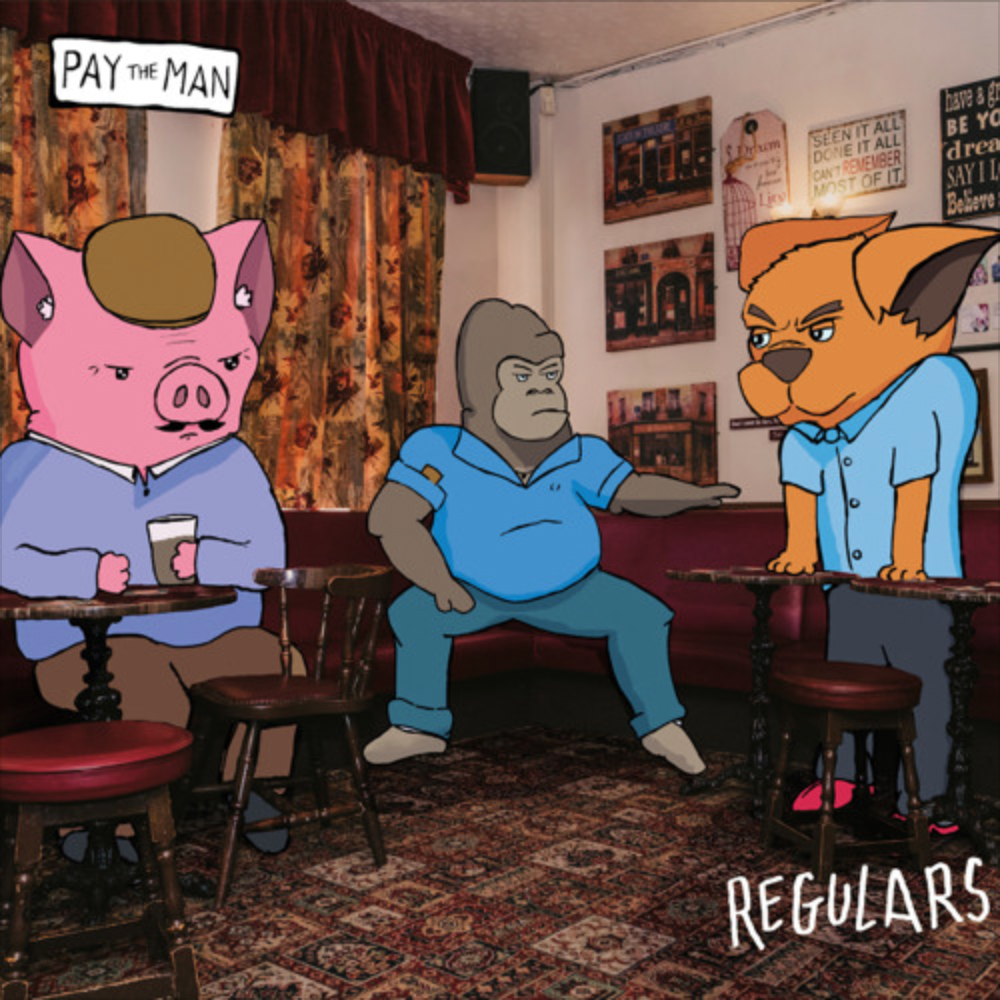 When Cory Wells released his 2019 debut, The Way We Are, it combined acoustic rock with post-hardcore to create a really arresting album filled with aching confessions. With Regulars, Pay The Man captures some of that same energy on this debut.

Thematically, it’s less focused on heartbreak and the pitfalls of relationships, but emotion certainly isn’t in short supply as Pay The Man takes a broader look at life in general. Some of the strongest moments on this album comes from expressive half screams on songs like the title track, ‘Regulars’, ‘The Busker’ and ‘The Patriot’ where warm, gravelly tones kick into overdrive for goosebumps moments.

The album swings between tender moments and the sort of acoustic punk melodies someone like Frank Turner would employ, which makes for a journey that’s really rather diverse instead of feeling one dimensional because of the lack of other instruments. Peppered in are little moments reminiscent of Frightened Rabbit and Cory Wells, but they’re fleeting enough that it never detracts from the fact that this is completely original from an artist in his own right.

Because of the simple intensity, ‘Regulars’ has to be our standout track. It’s an easy melody that fully compliments Pay The Man’s penetrating vocals, exposing raw emotion. Having had this track on repeat, this is the type of songwriting we hope to see more of in the future.

Having heard the album in its entirety, it makes total sense why Pay The Man opened for Funeral For A Friend in Cardiff back in 2019. Regulars is honest, robust and celebrates the symbiotic relationship between artist and instrument. With an impressive start, we’re excited to see where Pay The Man goes next.