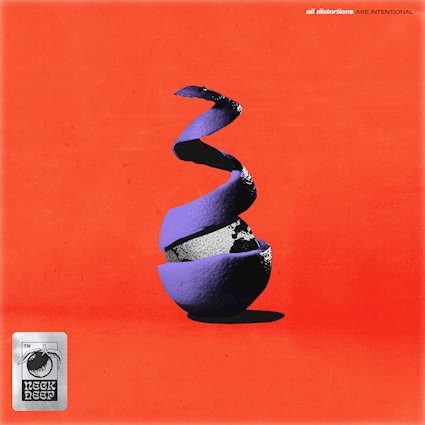 Neck Deep’s departure from pop punk has been a while coming; their 2017 album, The Peace and The Panic already letting off the gas a little, Ben Barlow slowing down on the rapidfire vocals and Dani Washington easing up on the breakneck drums to produce a record that showed a little more flexibility.

The jump to their latest record, All Distortions Are International, however, has seen them land somewhere closer to pop rock territory. A laid back, summery, collection that’s catchy as hell, but seems to lack the vigour of their first albums. The songwriting isn’t quite as complex, the tempo not quite as punchy and if you’re looking for that brand of aggressive pop punk the band started out with, you’re going to be disappointed.

Not to say a band should be prohibited from evolving and Neck Deep should be commended for pushing the envelope and creating a concept album that does convey the fictional story of Jett and Alice, but we couldn’t help holding our breath for more.

Songs like ‘Fall’, ‘Telling Stories’, ‘Sick Joke’ are all injected with energy, solid riffs and singalongs and almost every song on this album is an earworm (especially ‘Lowlife’ and ‘When You Know’), but for us, they just lacked that spark, that something extra Neck Deep have always brought to the table. All Distortions Are Intentional is in no way a bad record and if it was a debut album, it would for sure be a notable one, but does it feel like Wishful Thinking and Life’s Not Out to Get You grew up, settled down and bought a house? We’ll let you be the judge of that.