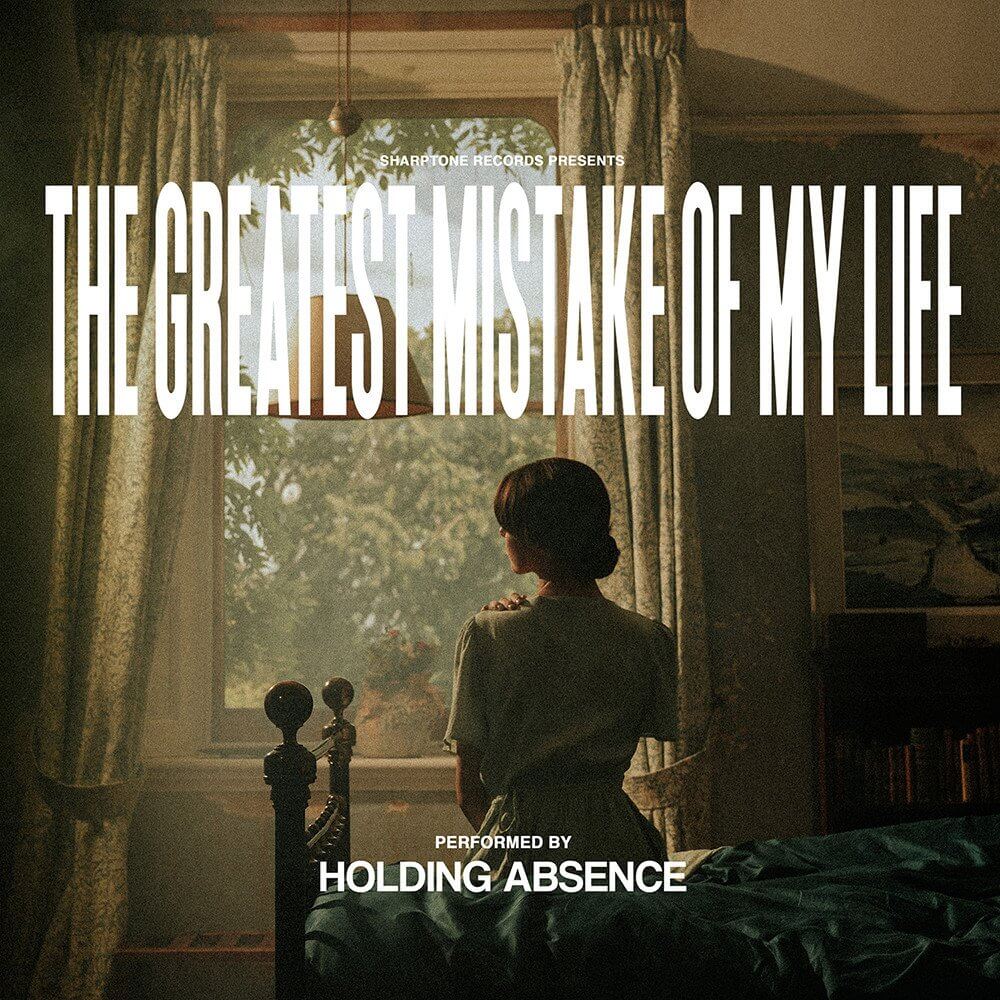 Album Review: Holding Absence – The Greatest Mistake of my Life

Holding Absence are set to release their second album, The Greatest Mistake Of My Life, this week. Marking the start of a new era for the four-piece, this breakthrough album explores the complexity of human emotion through staggering performances from all band members.

As the title may suggest, the record is written through the lens of hindsight and regret and by doing so, they really manage to tell stories of love, loss, and joy – all intermingled together to represent the intricacies of the human experience, and how non-linear it is.

There’s an overall uplifting sound that particularly points to the new direction Holding Absence are taking. On songs like ‘Beyond Belief’ vocalist Lucas Woodland’s majestic vocals soar on a light-as-feather guitar riff and with it, the feeling of a love song becomes tangible.

However, this album is full of contrasts and so tracks like ‘Die Alone (In Your Lover’s Arms)’ tell the tale of the loneliness experienced in a dying relationship. The different perspectives are brought to life by Lucas Woodland and a mystery female guest vocalist. The duet not only sounds beautiful, but provides a powerful dynamic that really drives the heartbreak home.

The album comes to a close in an unexpected, but stunning, way with the title track – a cover of Dame Gracie Fields’ 1930s original. Through a special family connection, Woodland’s great uncle covering the song in the 1950’s, the band felt drawn to the touching and timeless wording and decided it would be a fitting title and worthy of cover too. In paying homage to the original, they kept the audio grainy to really give it a vintage feel and a level of character that modern audiences have most likely missed out on.

The Greatest Mistake Of My Life is sometimes tragic, sometimes joyous, but always remarkable. Holding Absence have created something that marks a new creative vision, whilst still holding onto their core sound, and provides a unique style of storytelling. Whilst their sophomore album can be melancholic, it is also warm and welcoming, which is often desired but not always achieved. This is the album that will define Holding Absence and shine a torch on their immense talent.