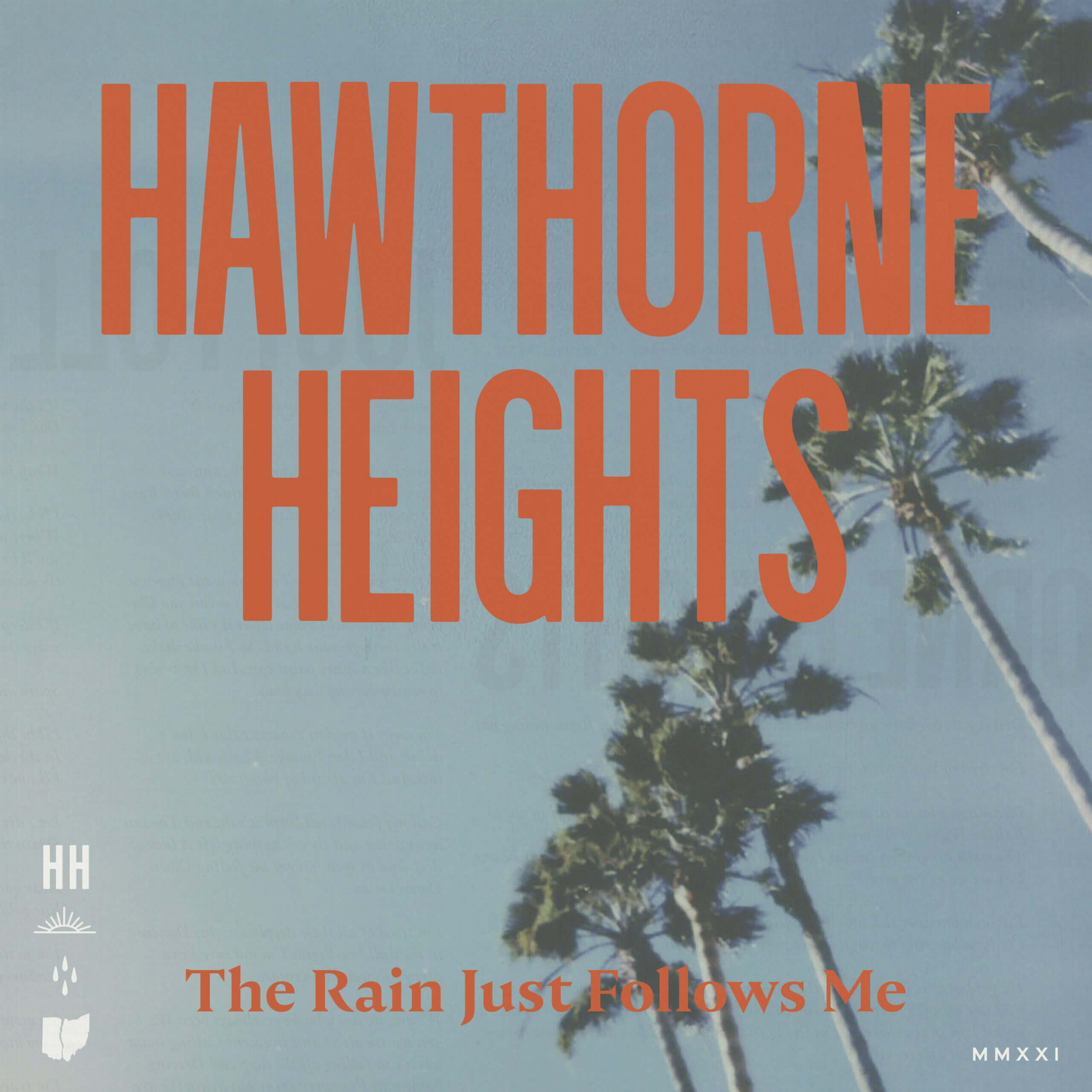 Hawthorne Heights have come a long way since their 2004 debut album. Obviously, right? It’s to be expected when you’ve been making music for as long as they have. But here’s the really cool thing; even though they’ve traded chuggy guitars for more sparkling tones, one-upped themselves constantly – from album to album, song to song – to create catchier and catchier melodies, and balanced out metaphors and cryptic lyrics with more relatable songwriting, one thing remains, standing like a statue; their uncompromisable vulnerability.

Throughout The Rain Just Follows Me, the latest addition to their discography, the band cultivate the seed of who they are by pruning back anything that doesn’t amplify the message that they feel and struggle just as their listeners do. Which ultimately makes this an album that touches on grief, anxiety – ‘Thunder In Our Hearts’ relating vocalist JT Woodruff’s struggle with panic attacks – loneliness, and turmoil, but The Rain Just Follows Me is also the sound of hope. And not just in the way the guitars sound brighter or the melodies soar a little higher, but in lines like “don’t let your courage slip away” on ‘Bambarra Beach’.

Despite their evolution over the decades, this album is still very much reminiscent of some of their most iconic hit singles and fans might welcome back screaming that had been absent for a while. Some of that screaming, most specifically on album opener ‘Constant Dread’, can be credited to Counterparts’ Brendan Murphy, and he isn’t the only guest feature. Elsewhere on the album, you’ll be able to pick out Bayside’s Anthony Raneri on ‘Spray Paint It Black’ and William Ryan Key (formerly Yellowcard) on ‘Seafoam Green’.

As for our standout track; this was a really tough one. Having been fans of Hawthorne Heights for as long as we have, we adore each and every contribution they make to our little scene, but if we must, the title track only slightly comes out in front. Honorable mention goes to ‘Tired and Alone’ that includes a line, “if this finds you well”, which felt like a little nod to ‘Pens and Needles’.

Overall, we fell in love with the clash of emotional outpour and upbeat melodies on this album. Moments will give you a sense of deja vu – a pleasant reminder that this is the same band we fell in love with over two decades ago – whilst others will surprise you. It’s because of this ability to feel familiar even in ingenuity, that Hawthorne Heights will remain one of the most iconic emo acts of our time. As Woodruff comments, “Everyone gets poured on in life; we just want to provide an umbrella.” The Rain Just Follows Me is that umbrella.