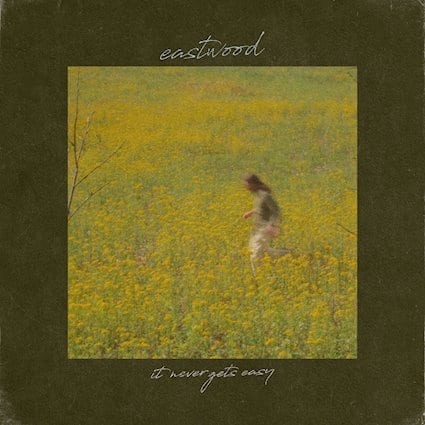 Here’s the beautiful thing about music; it never stops surprising you. Did we expect Knocked Loose’s guitarist, Cole Crutchfield to emerge with a side project that would see him step very much outside of hardcore? Nope. Did he knock it out of the park? He absolutely did.

With Eastwood, Crutchfield not only shatters all intentions of pigeonholing him as a “heavy” musician, but he explores a multitude of genres with, what translates through the music, a genuine sense of enjoyment. Tracks like ‘Fine’ and ‘False Start’ have a folky sensibility whilst ‘Two Dollar Hamm’s’ and ‘Hate to Hurt’ benefit from a sort of 90’s rock vibe. There’s also a number of pop punk songs to bow down to on here, including our standout track ‘Two Story Window’ which will honestly have you bouncing off the walls and joining in on all the gang vocals.

Music should make you feel good and these eleven tracks certainly does that. It feels wholesome, well rounded and you definitely won’t get bored of listening to Crutchfield’s voice.

What Eastwood have achieved on this debut is something fresh. It’s not trying to emulate anyone else. It’s inspired. It Never Gets Easy, except when you’re listening to this record.