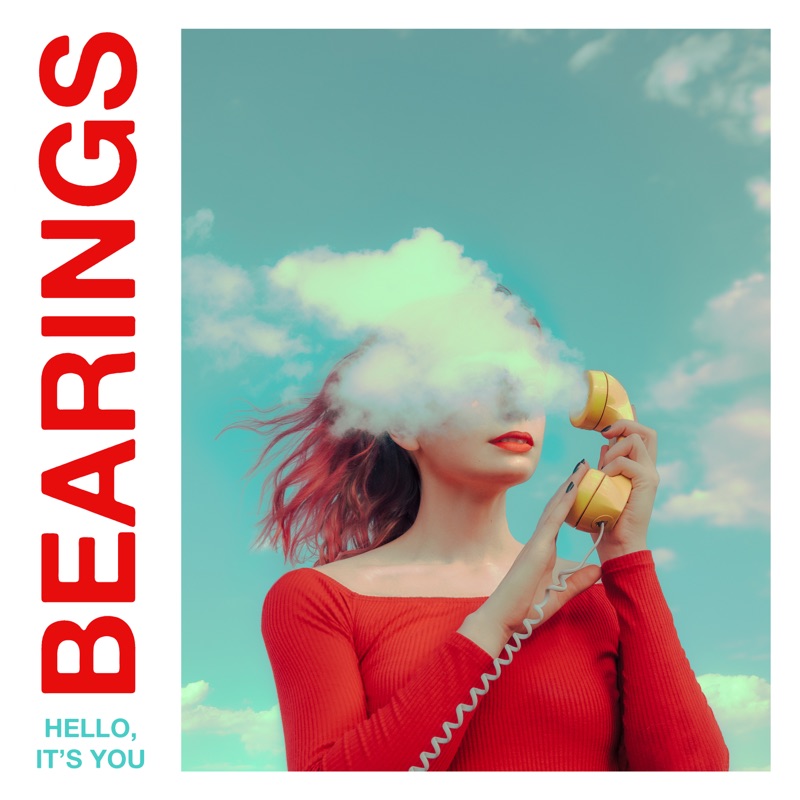 Whilst a pop punk band at their core, Bearings have been pushing beyond that label since their 2018 Blue in the Dark album, which had so many little refinements that made it feel really special. Now they return with Hello, It’s You to push that little bit further again. The question is, do they pull it off?

How about we start by saying ‘Sway’ is the Brad Pitt of pop punk; super smooth, smoking hot and easy to love. As a song about someone who thinks they’re cool, they do a great job of creating a certain amount of swagger instrumentally, which really adds weight to the lyrics. It’s clever touches like that, along with the simple but completely infectious hook that makes this our standout track, but it’s not the only one that’ll make you feel great.

Tracks like ‘Super Deluxe’ and ‘Over Now’ are bright and bursting with warmth, but it’s the mixture of 80’s nuances and punk on songs like ‘So Damn Wrong’ and ‘I Feel It All’ that really captivate. Thumping drums, shimmering guitars and synths all add to a very sunny sound employed by the likes of Lizzy Farrall on Bruise and Grayscale on Nella Vita.

There’s so much to like on Hello, It’s You and although the band have shifted from a sort of Hot Mulligan-esque vibe to the realm of Trophy Eyes, they do a great job of staying true to themselves. Redefining the parameters of pop punk has really worked for them here and with the exception of emo-rap ‘Dream’ that doesn’t feel as gourmet as the rest of the album, Bearings have created an album that feels damn good.