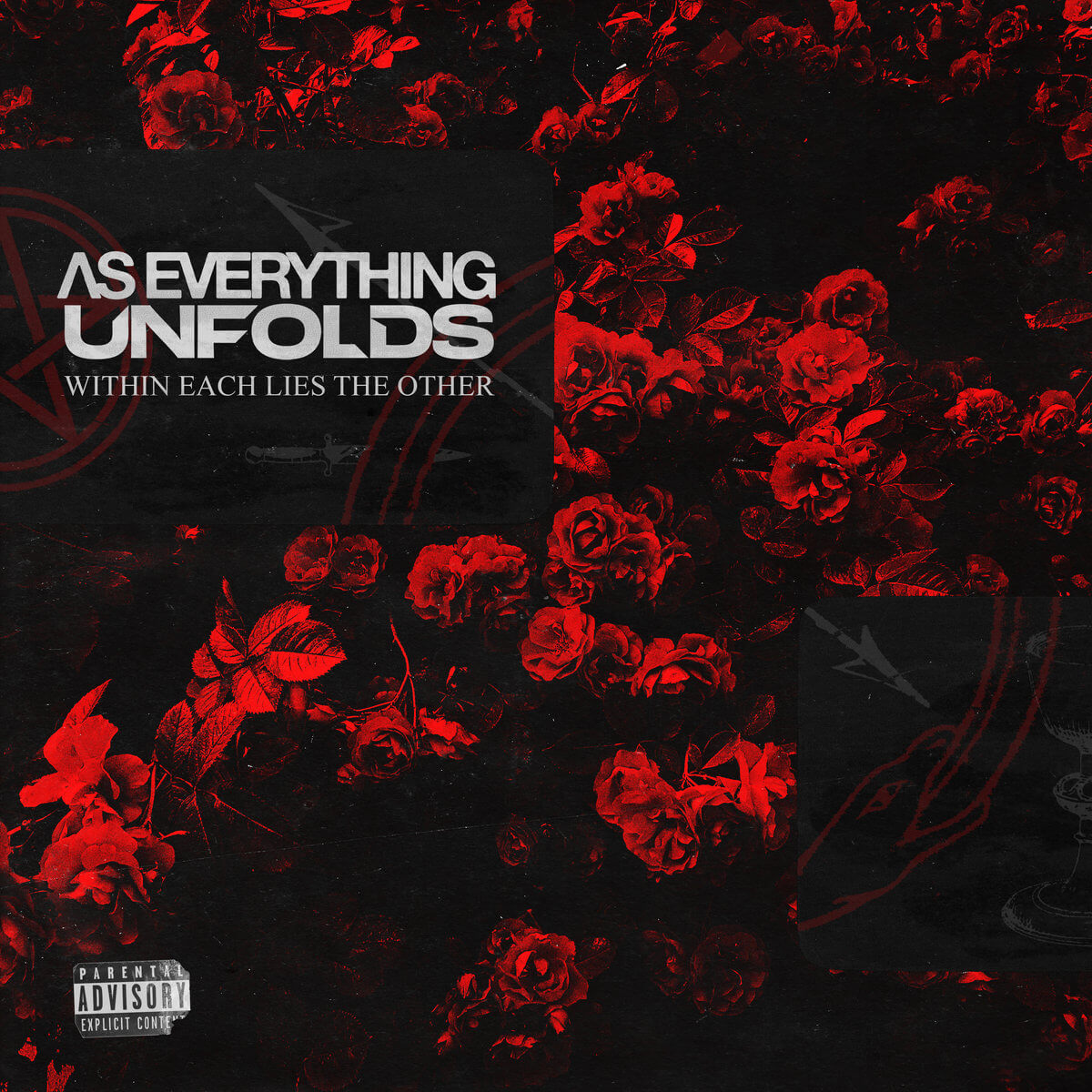 Album Review: As Everything Unfolds – Within Each Lies The Other

With the release on the horizon, the world will finally get to hear As Everything Unfolds’ highly anticipated debut album, Within Each Lies The Other, in all its glory. Spoiler, it’s a wonderful exploration of the light and dark that make us all human.

Within Each Lies The Other is not only the band’s debut release but also their first with record label Long Branch Records, since their signing in 2020. The hype has been building up following the success of their 2018 EP Closure, with the band having time to grow and produce something bigger.

Texture and dimension are at the forefront here and everything from the stunning layering of vocals to the complex instrumentals add to that. This leaves you in a unique state of comfort, as the album has a solid post-hardcore sound, but is adapted to As Everything Unfolds’ style to make it stand out in 2021.

Album opener ‘On The Inside’ is one of these familiar tracks, with classic post-hardcore elements, like heavy riffs. However the synth, played by Jon Cassidy, modernises the sound. It’s clear why it’s one of the lead singles as it showcases all the staple components of what As Everything Unfolds do so well, exhibiting their knack for powerful vocals and awesome breakdowns. Let’s be honest it’s a track that we all want to hear live or playing at your local alt music club.

The debut was summarised as representing “the very best and worst of ourselves: our anger, sadness, vengeance and happiness”. ‘I’m Not The Only One’ is all of that wrapped together with the emotion coming from Charlie Rolfe’s haunting vocals. This track is our stand-out for being so effortless and vulnerable.

Within Each Lies The Other is more than a debut album from an upcoming band; it will undoubtedly become a soundtrack and a place of comfort for so many people who are going through difficult times, who need reminding that there is always hope.

Tags: As Everything Unfolds / Long Branch Records / Post-Hardcore / Within Each lies The Other