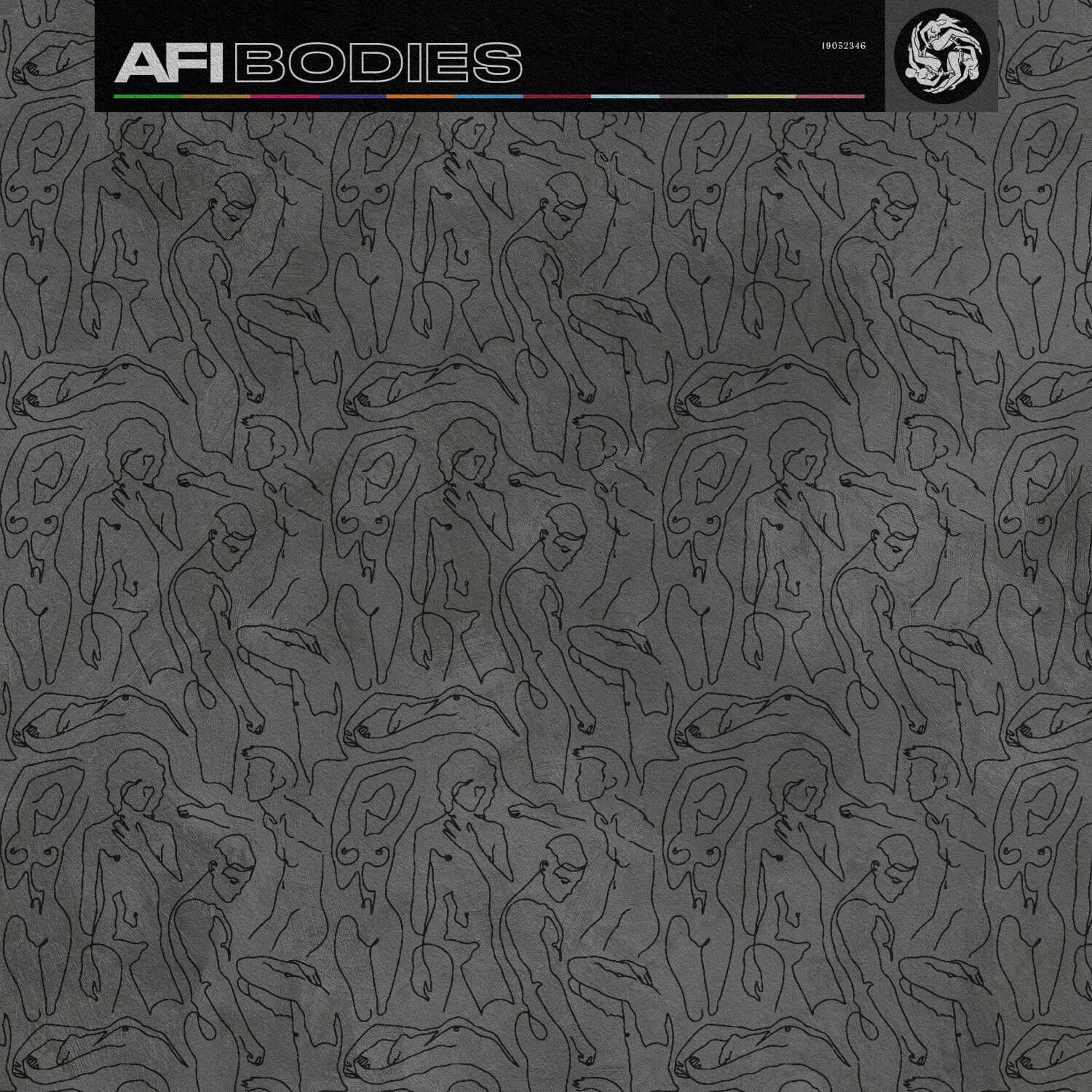 When AFI formed in 1991 without any careerist ambitions and the need to create, they may have anticipated an underground following, but never could they have foreseen appealing to the masses as icons… legends… visionaries. All deserved labels, considering their sheer influence on punk rock and the fact that they always seemed one step ahead. With each album, the band upended expectations, always remaining true to themselves, even when they accepted awards, watched albums reach platinum status and charted with the very music they thought would always belong to the misfits only. But the world had other plans and with their newest album, the band once again show off their pioneering spirit, but this time they’re looking back.

Bodies possesses a tendency for post punk, a flair of new wave, that might take you back to the 80s/90s, but with that special AFI sprinkling that marries old and new in dramatic harmony.

Some tracks, like album starter ‘Twisted Tongues’ and ‘Escape From Los Angeles’ might sound more familiar to long-time fans than say ‘Dulceria’ or ‘Death of a Party’ which are a little more experimental, but every single song on this album is undeniably AFI. For one, Davey Havok’s voice weaves stories with a tone so warm it radiates. The stories are prevalent, the message strong and carrying them all, is a band with extreme mastery of their instruments and an unbreakable bond that’s lasted for decades.

The addition of synths and pianos throughout really add to the dimension of this new evolution of the band and especially comes alive on ‘On Your Back’ with crackling electricity, a sort of surf rock drum beat and a swelling sing-along that crescendos with riffs capable of instigating movement. Although there are many songs that could easily take the title of standout track – ‘Twisted Tongues’, ‘Escape From Los Angeles’, ‘Looking For Trouble’ to name a few – ‘On Your Back’ is definitely a strong contender.

With much of the album already revealed in singles thanks to the generosity of the band, you might not expect many surprises and yet, listening to Bodies in its entirety will amaze. It’s cohesive, progressive and nostalgic at the same time, inspiring, spirited and proof that AFI are still stoking the flames of originality and pure creativity.