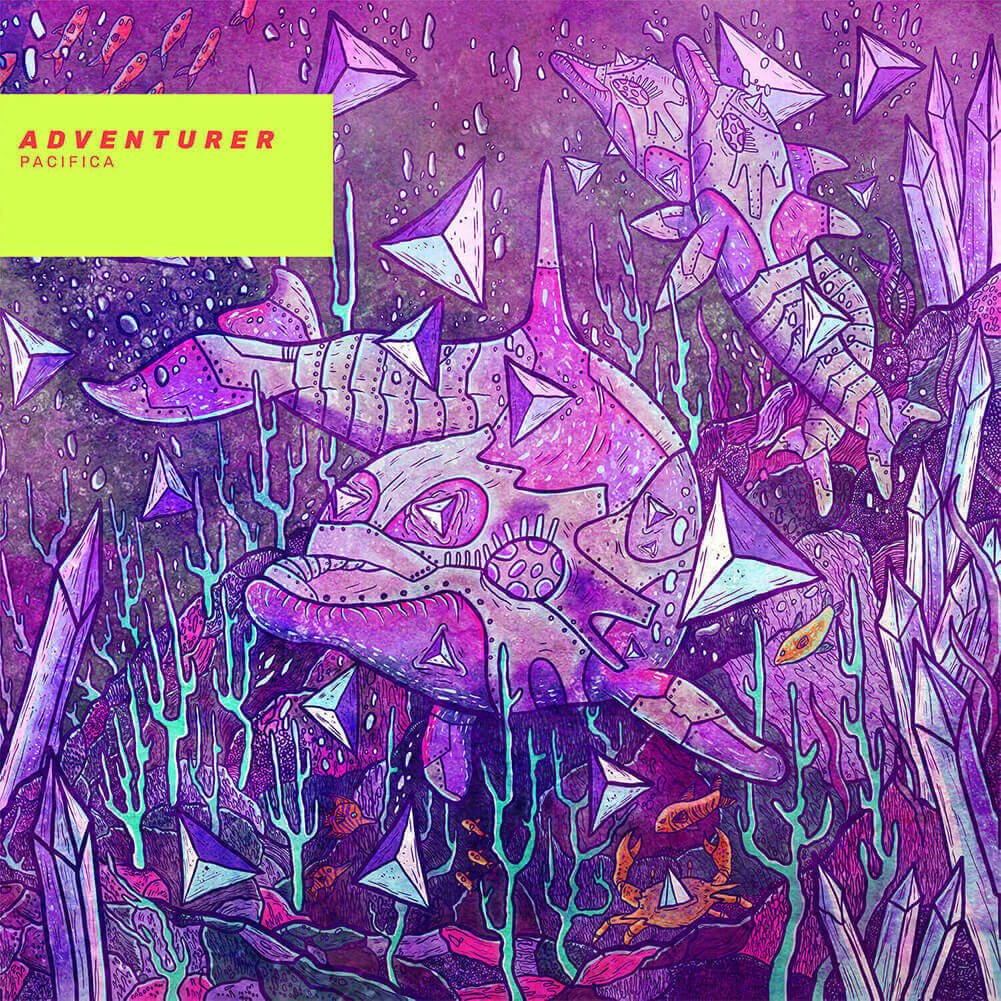 If you like your post-hardcore with a side of mathcore riffs, then you’re in luck because Adventurer are back with their third, anticipated full-length, Pacifica. This one follows on from 2017’s Sacred Grove, which saw them head in a slightly less heavy direction compared to their debut, and with a four year gap between albums, they’ve certainly had the time to polish their new material.

And it shows on the opening track, and our standout song on Pacifica, ‘Voices Over Infinite Distance’. As if a biography, it captures everything this Adventurer can do well in just over four minutes; the technical guitar work is on display and so is Jeff Masterson’s melodic singing and Steven Christy’s pterodactyl scream that’ll call forth goosebumps like an army of soldiers. It’s euphonic, deft and heavy whilst somehow also tapping into a vein of pop punk.

And the latter becomes a commonality throughout the album. There are plenty of moments that resonate as punk or where the quartet channel elements of pop; the opening riff and drumwork on ‘Your Mistake’, as an example, feels more Green Day than what you’d normally associate with post-hardcore.

At times, it feels as though Pacifica lacks a bit of cohesion and I found myself yearning for more of Christy’s scream (because it really is fantastic). Some of the songs threaten to bleed into each other a little bit, but that’s banished with songs like ‘Solstice’ and ‘Afterlife’ which demand attention.

The fact that Adventurer are skillful is undeniable and there are plenty of glimmering moments on Pacifica. Even though we felt the album could’ve closed on a more climactic note, especially considering how it started, it’s still a strong showing. Borrowing elements from other genres, not only add dimension and energy, but also redefines the boundaries of post-hardcore.